One of the key benefits of eInspector is the improved transparency of inspection oversight, and single-click access to the number of filed reports, number of oversight visits per inspection, areas or counties, imposed measures and a series of other important statistical data

On Wednesday, 10 July, the Ministry of Public Administration and Local Government, Office for IT and eGovernment and NALED organized the 26th session of the Coordination Commission for Inspection Oversight, marking the official start of use of eInspector software for 36 national inspections.

Within the event, the representatives of 32 inspections were awarded certificates upon attended trainings for using the new system, which included more than 1,500 inspectors. Furthermore, for the needs of using the eInspector system, the Office for IT and eGovernment ensured 1,340 laptops, qualified electronic certificates and WiFi access for all inspections, enabling all inspections to work in full capacity in the new eInspector system.

At the ceremonial part of the session, the Prime Minister of Serbia Ana Brnabić highlighted the importance of inspection oversight reform for better business conditions and for countering shadow economy in Serbia. „The inspections are now paying less visits to businesses, nurturing their advisory role towards loyal businesses, and the inspectors finally have adequate working conditions“, said the Prime Minister. She stressed that digitalization is important in all areas of public administration, indicating that the new system eInspector will bring the essentially important benefit for every business – a coordinated and transparent supervision.

The next step in this reform will involve increasing the number of inspectors and ensuring better working conditions, as announced by the Minister of Public Administration and Local Government Branko Ružić. He stressed that the lack of inspectors is evident in nearly all inspections and all parts of Serbia, which has 2.5 times less inspectors per capita compared to the EU. Hence we have paradoxical situations where certain counties have no inspectors at all for certain areas of work. “I expect that, any day now, the Government will adopt a decision for hiring 1,272 new inspectors“, said the Minister, adding that the Government has recently adopted a Regulation enabling national inspectors to hold the title of independent advisor, which is accompanied with higher salaries for these public officers.

The Director of Office for IT and eGovernment Mihailo Jovanović clarifies that the introduction of 36 inspections in the new information system will harmonize their work, improve the inspection oversight and create a database of Serbian businesses. „Using the eGovernment web portal, businesses will be able to see all findings from inspection oversight, the risks in supervision and thus improve their work“, said Jovanović.

The inspection reform in erbia is strongly supported by the European Bank for Reconstruction and Development (EBRD), which in partnership with NALED established the Support Unit to Coordination Commission for Inspection Oversight. The EBRD Director for Western Balkans Zsuzsana Hargitai stressed that coordination of inspections was the key of this reform's success. She also highlighted that EBRD will support the following activity - the establishment of Contact center for submitting reports to all inspections at a single place.

A unified contact center is one of NALED's initiatives that would ease the process for citizens and businesses wishing to report cases of shadow zone operations, and enable more efficient inspections' response. In cooperation with the Ministry of Public Administration and Local Government NALED contributed in introducing new practices in supervision, through amendments to Law on Inspection Oversight, considered to have improved detection of shadow economy by 60% businesses, and with the support of the governments of the Netherlands and Norway, NALED also enabled the introduction of plea agreements for shadow economy misdemeanors, and the strengthened administrative supervision over the work of inspections.

The eInspector system represents a comprehensive software networking national inspections. It is expected that by the end of the year the remaining seven inspections will also be included in the system, with all of them also being linked with the Tax Administration, Customs Administration, Registry of agricultural households, ePermitting system etc. The eInspector involves data about 1.9 million subjects and objects of inspection oversight, and the four inspections that have been involved in the system in the pilot phase in 2018 have already initiated 10,000 reports through the new software. One of the key benefits of eInspector is the improved transparency of inspection oversight, and single-click access to the number of filed reports, number of oversight visits per inspection, areas or counties, imposed measures and a series of other important statistical data. 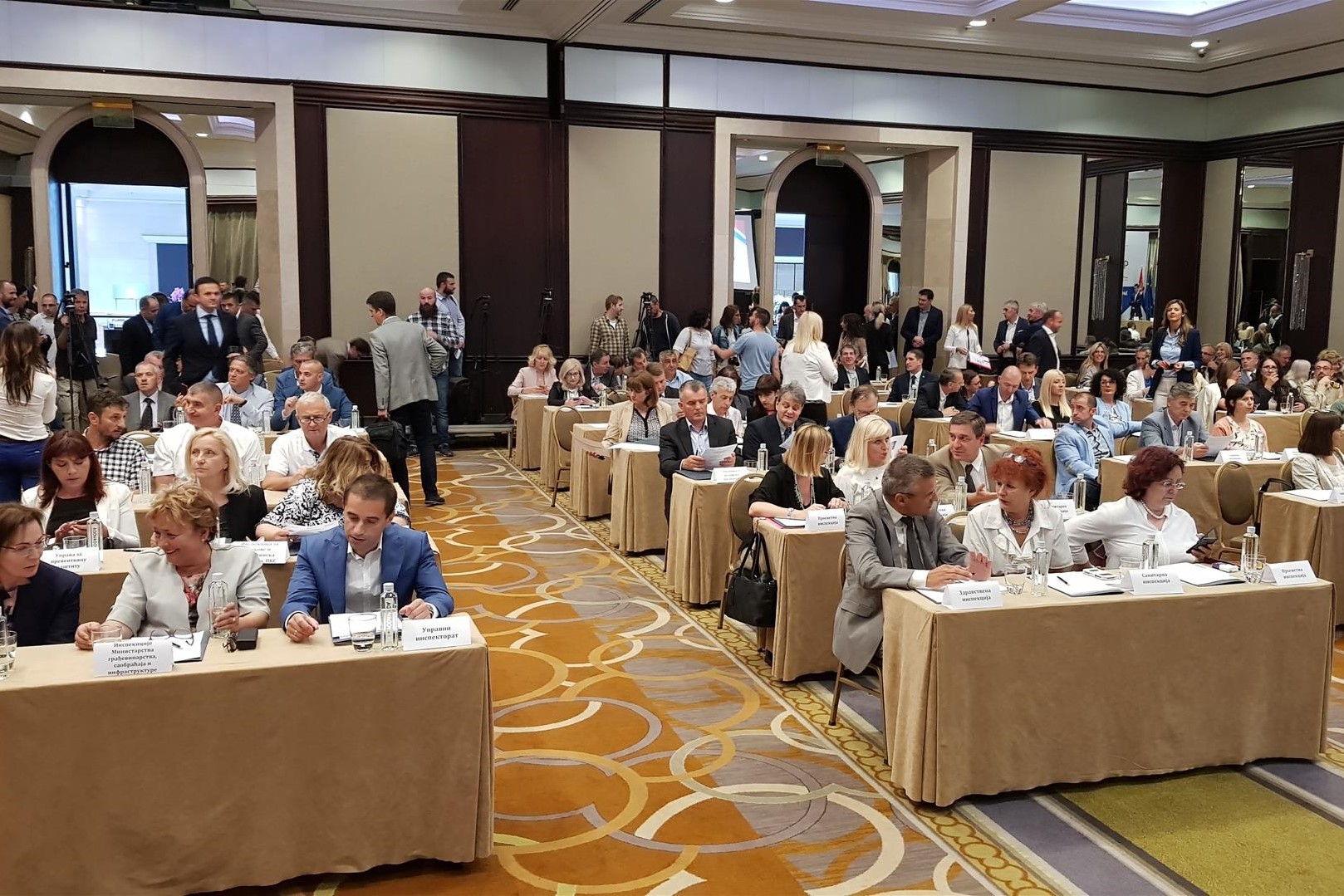 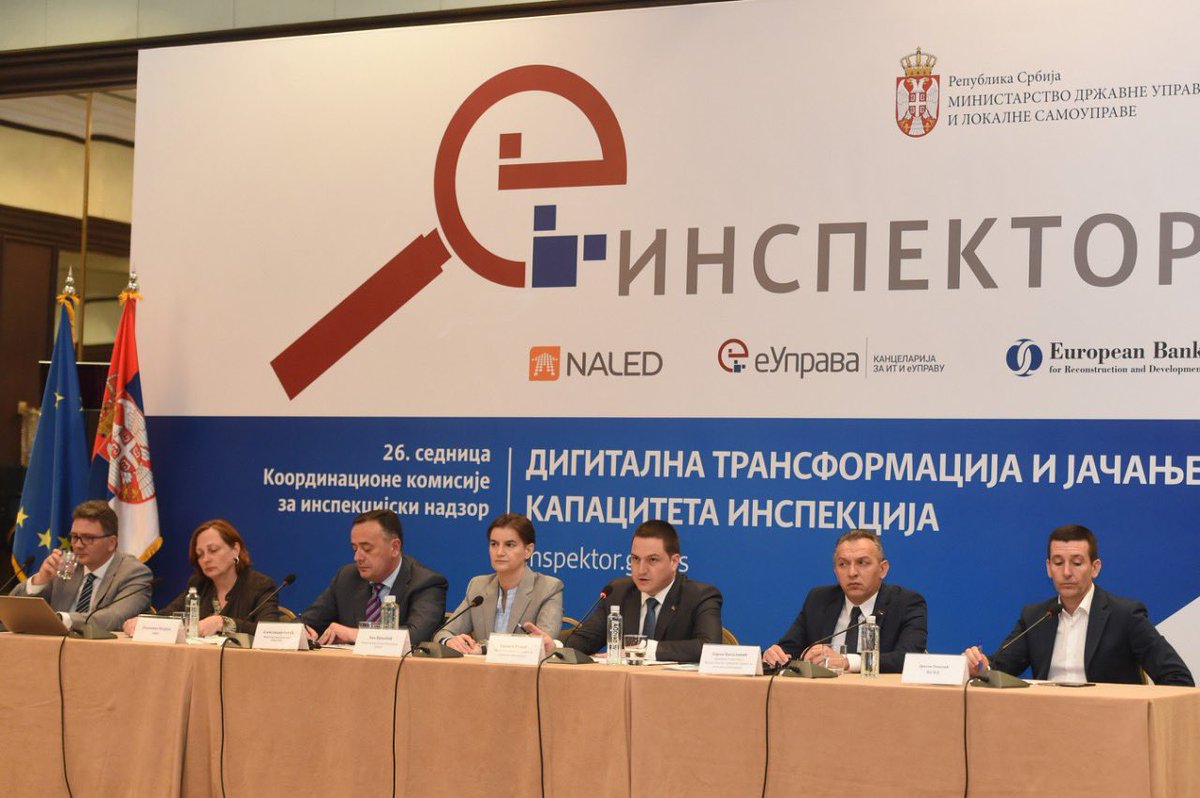 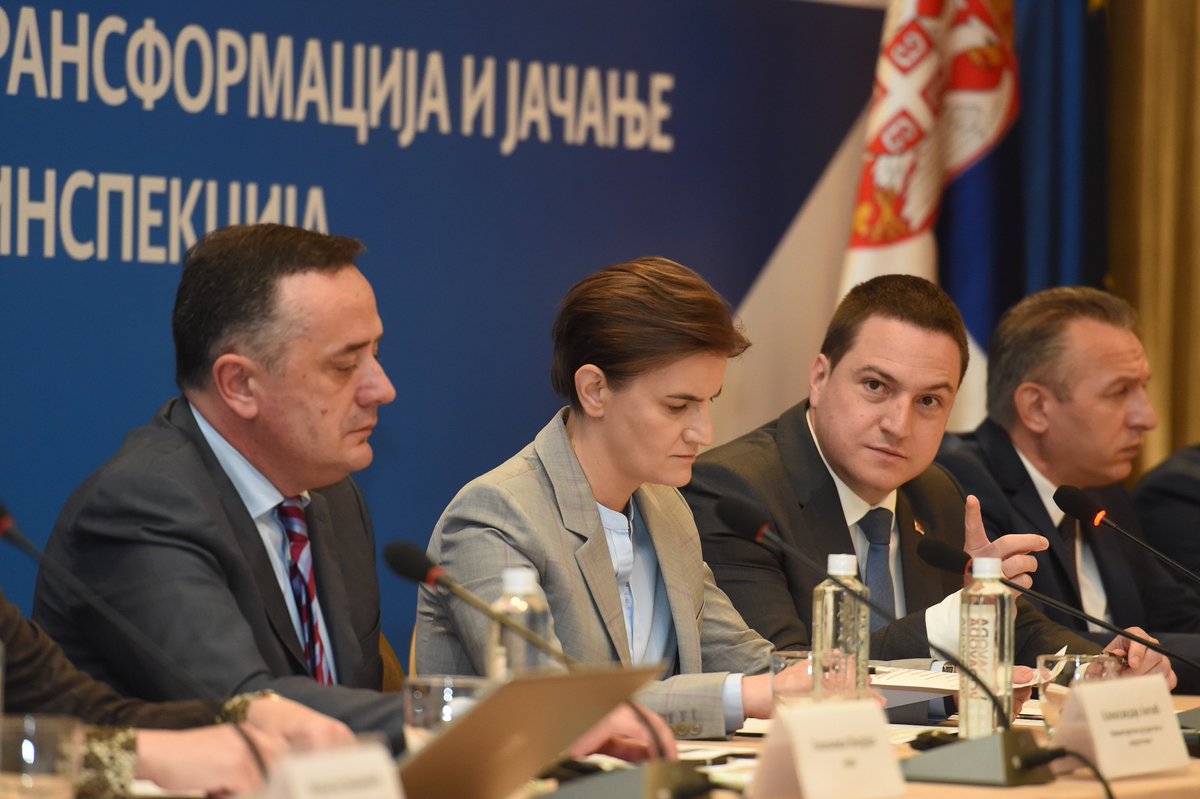 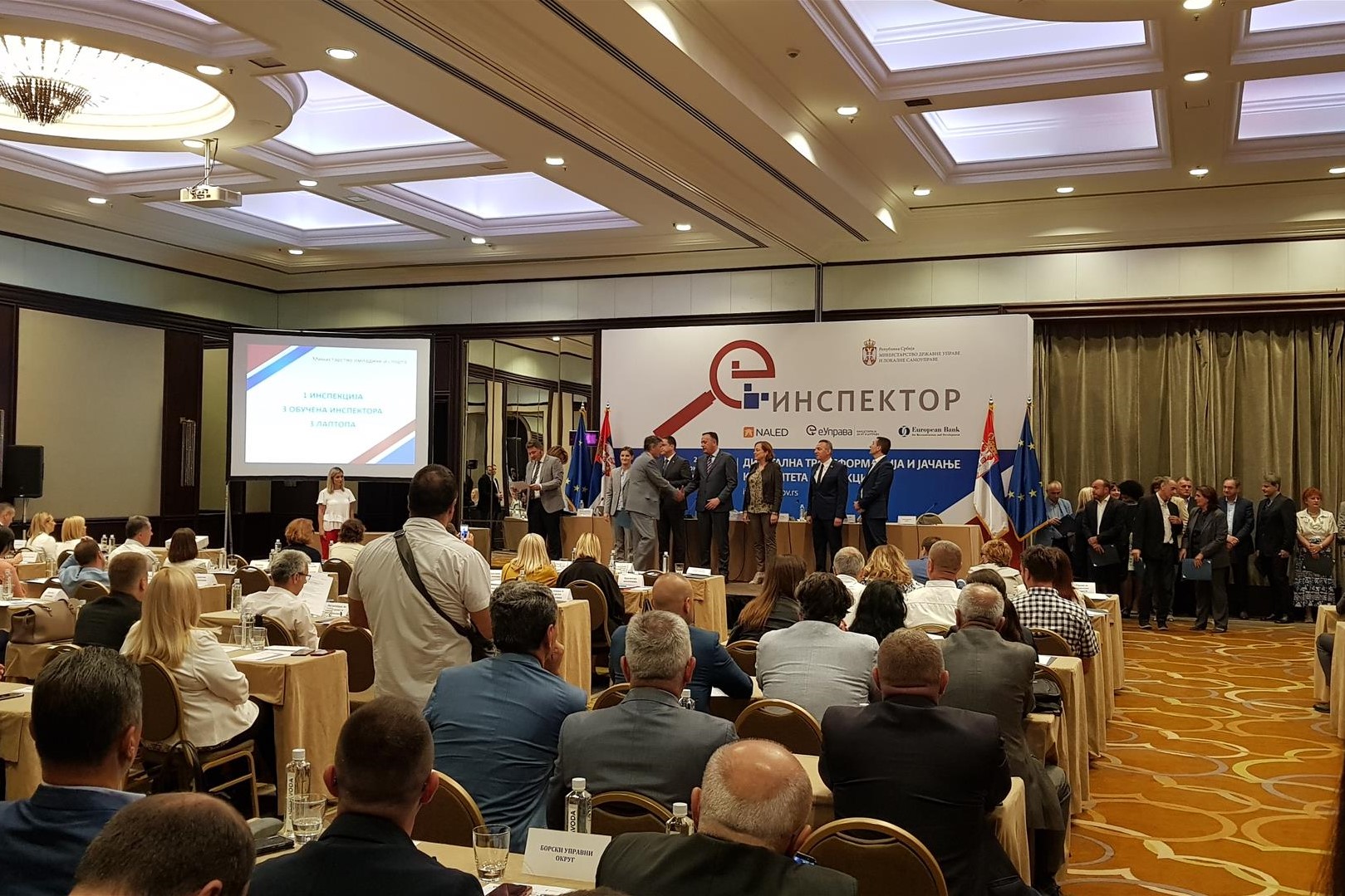 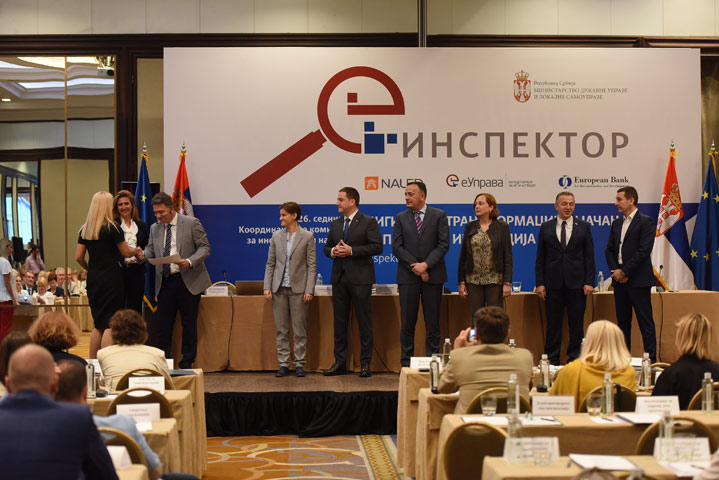 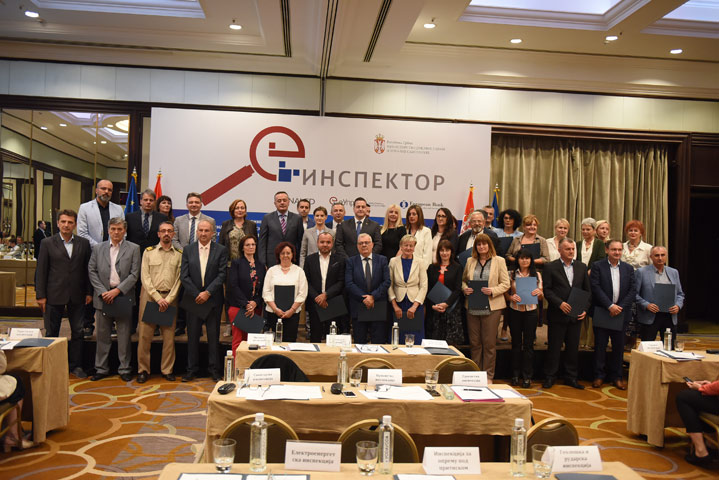 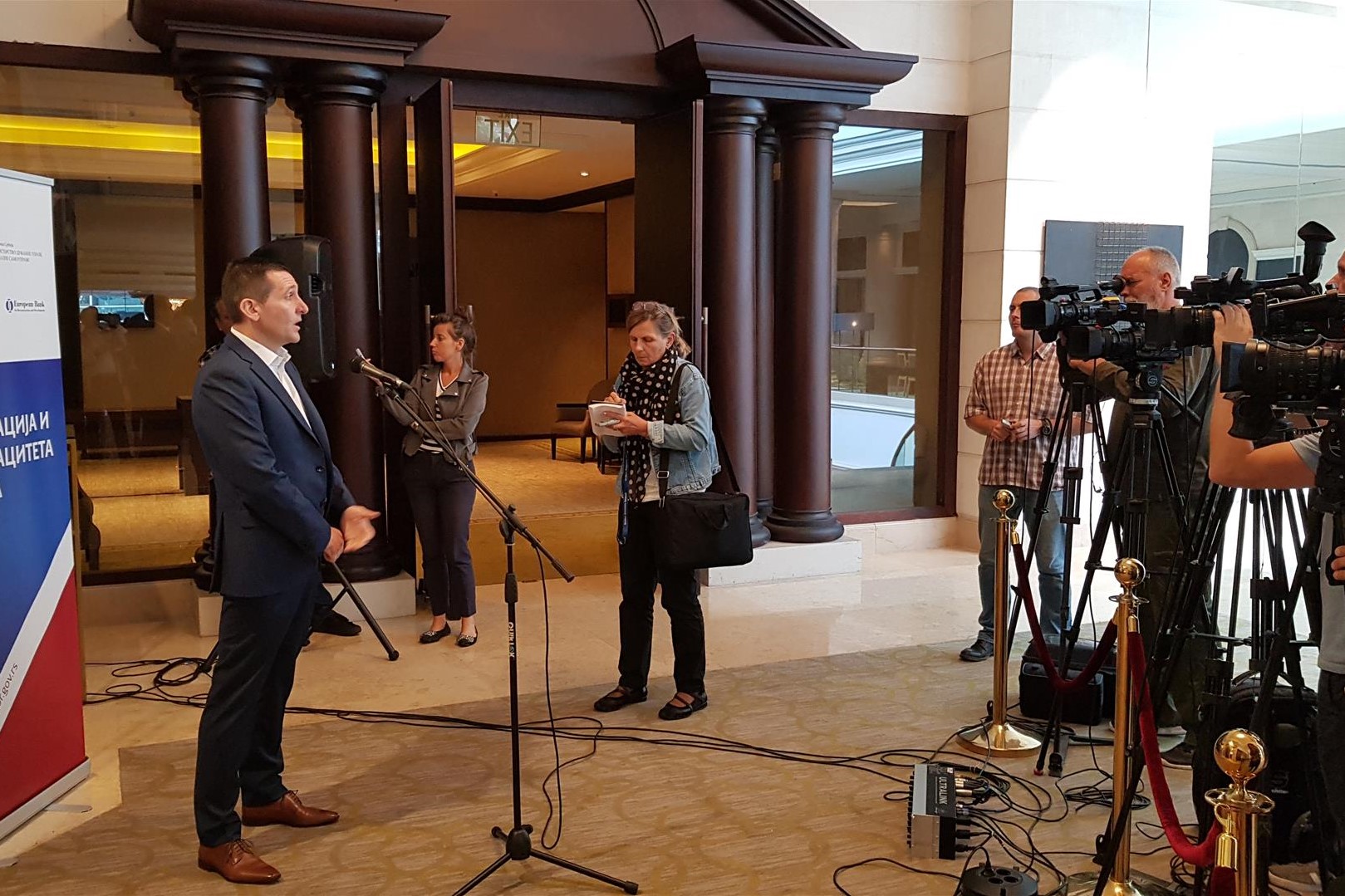