"The Šid landscape is the most picturesque, and for me, the most beautiful" - Sava Šumanović

He presented the works indicating symbolism and secession, at the time being popular in Croatian art. The exhibition earned positive reviews, he sold a great number of paintings, and with the support of his father he headed to Paris, the main center of Europe's art scene at the time. His first stay in Paris lasted only a couple of months. He enrolled in a course by a renowned art educator and artist Andre Lot, being one of his best students. Šumanović's teacher belonged to the school of analytical cubism, constructivism. It was the time when the most significant cubist paintings in the history of Serbia's art were made: A sculptor in his studio, Still life with a clock, A sailor on the pier, Port agent. Andre Lot had a major influence on Šumanović throughout his entire life.

In the summer of 1921 he returned to Zagreb, and in October he organized an exhibition of paintings following the new style taken from Lot, in the Art Pavillion. The conservative critics and audience in Zagreb did not understand his new works. Sava Šumanović spent the following four years in Zagreb, tirelessly trying to change the conservative and provincial views of Zagreb's art circle. In this period he wrote the articles Painter on painting and Why I love the art by Poussin, being very significant in understanding his works and art.

Difficult work conditions, negative criticism and a series of other personal events have brought the artist to nervous exhaustion, so in 1928 he returned to Šid for recovery. This period generated the first paintings of the Šid landscape - Srem County, a series of landscapes capturing the unique light and atmosphere of his hometown. This theme earned much more of his attention later on, once he returned home to stay. In September 1928 he exhibited the paintings created in Paris at the New University in Belgrade. He earned positive impressions from both the critics and the general audience, he sold out most of the paintings and once again headed to Paris. This would be the last stay in his favorite city, and during this one-year period he created his masterpieces: The Red Carpet, The Lying Female Act, Luxembourg Park in Paris.

"Considering my son’s life wish a duty I needed to fulfill as a mother and a human, I am making it possible today, as our common goal, by donating Sava’s life work to the hometown he immortalized with his love, making it well-known and famous with his paintings. After my son’s unfortunate and sudden death, I have held on to his strongly repeated wish to have his art situated and kept in our homeland. By fulfilling this legacy, I am convinced his work will be accepted with deep understanding and love, both by the citizens of Šid, and the future generations". These were the words by Persida Šumanović starting the donation agreement, which served as a basis for establishing the Gallery "Sava Šumanović" Šid in 1952.

Thanks to her great desire, nobility and persistence, ten years after the death of her only son, she gifted the town of Šid with a legacy of invaluable artistic and material value. In line with the agreement provisions, the legacy was situated in Šumanović family home, which previously housed the municipal court.
The art fond of the Šid gallery involves 417 works, including 350 oil paintings and 67 sketches in various techniques (drawing, pastel, watercolor, diluted tempera). The majority of paintings belong to the artist’s final creative epoch (the Šid period), created in Šid during the last decade of the artist’s life. A smaller part of the collection, only in terms of numbers, not the significance, involves paintings brought from Paris by the artist himself. Following the death of Persida Šumanović, the gallery became the owner of numerous documents she kept, being highly significant in studying the artist’s personality and work. The gallery’s exhibition area covers 600 square meters, enabling a large number of works to be presented in the permanent exhibition. The visitors have an opportunity to get thoroughly acquainted with the last decade of Sava Šumanović’s artistic work. 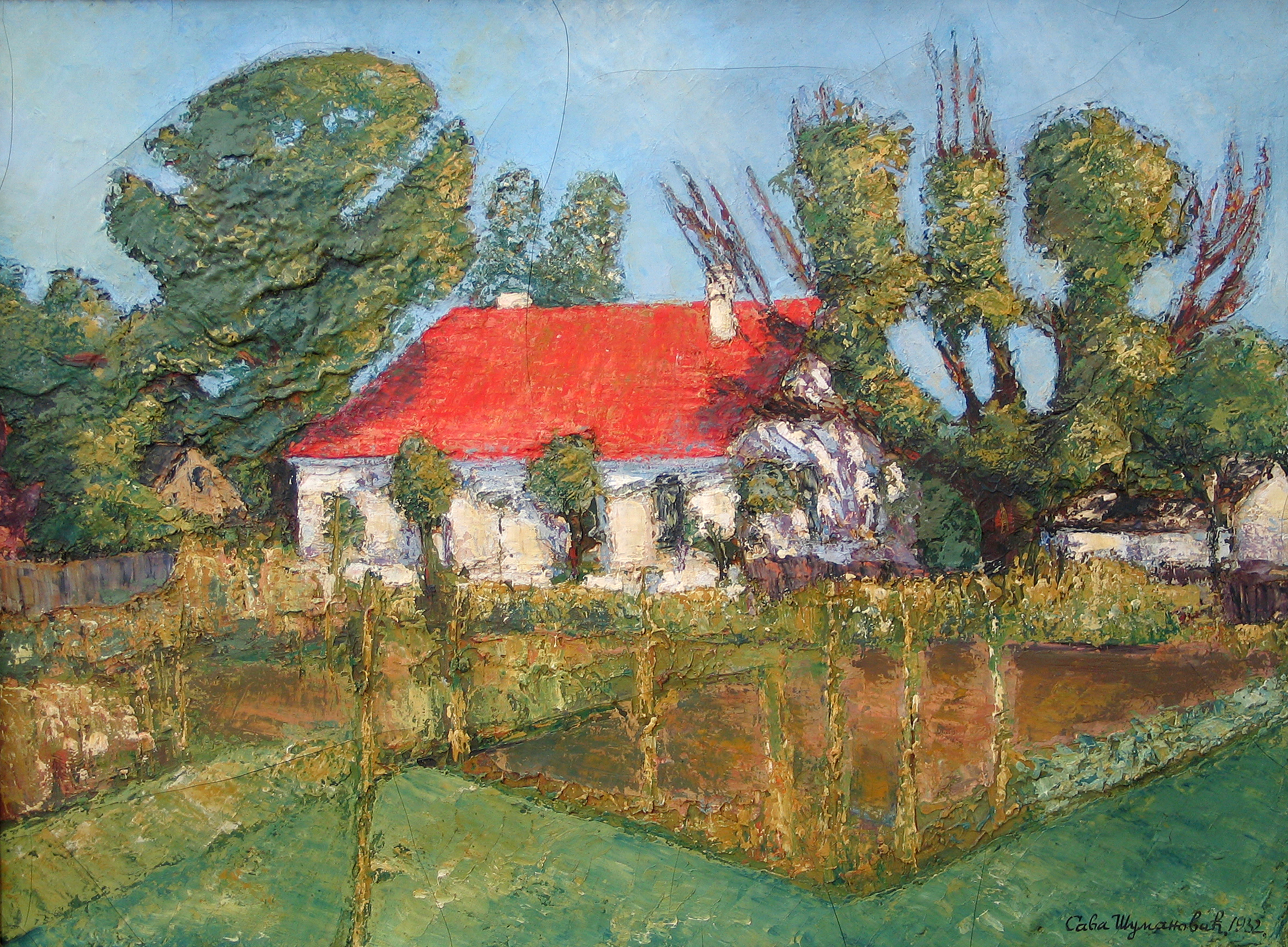 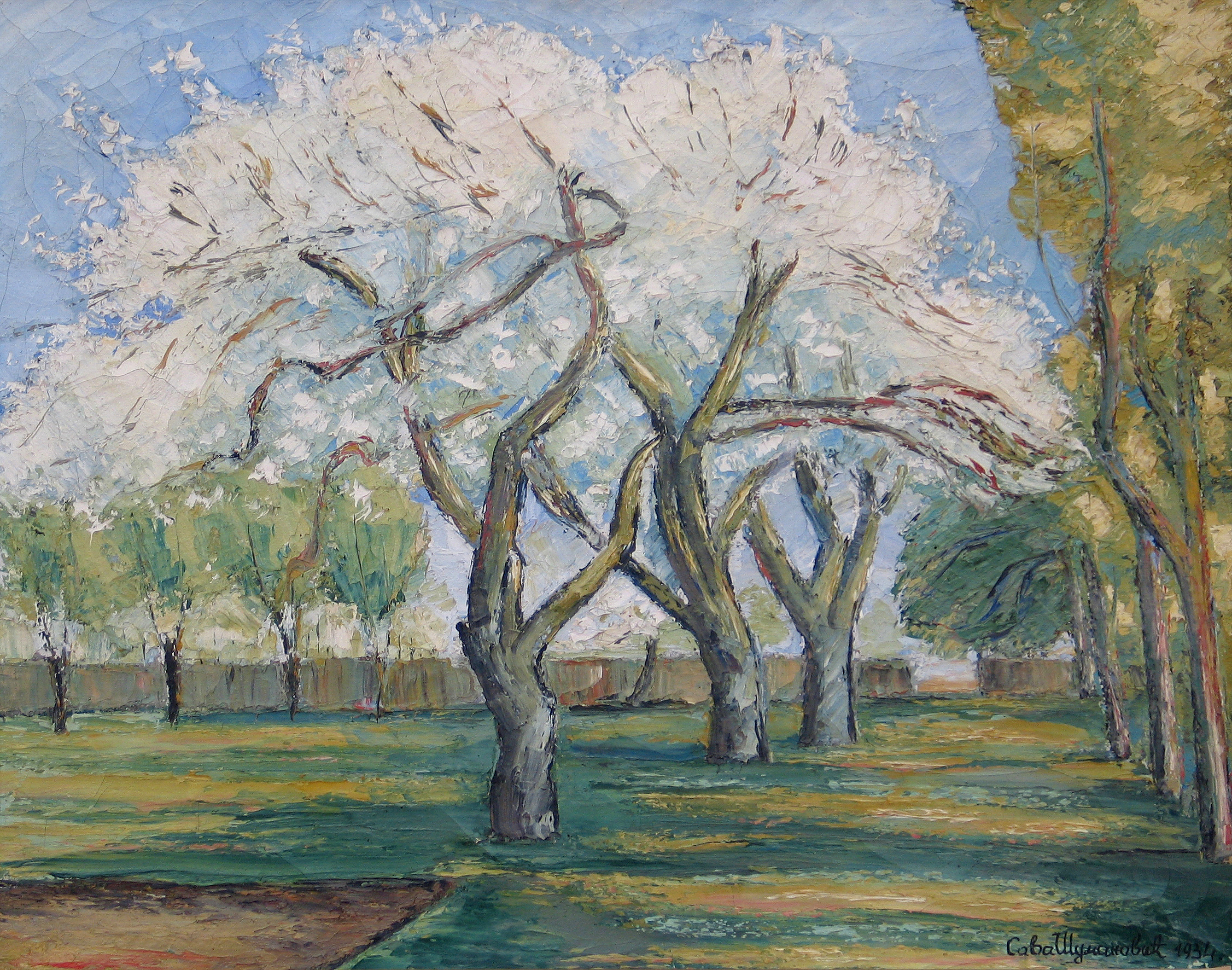 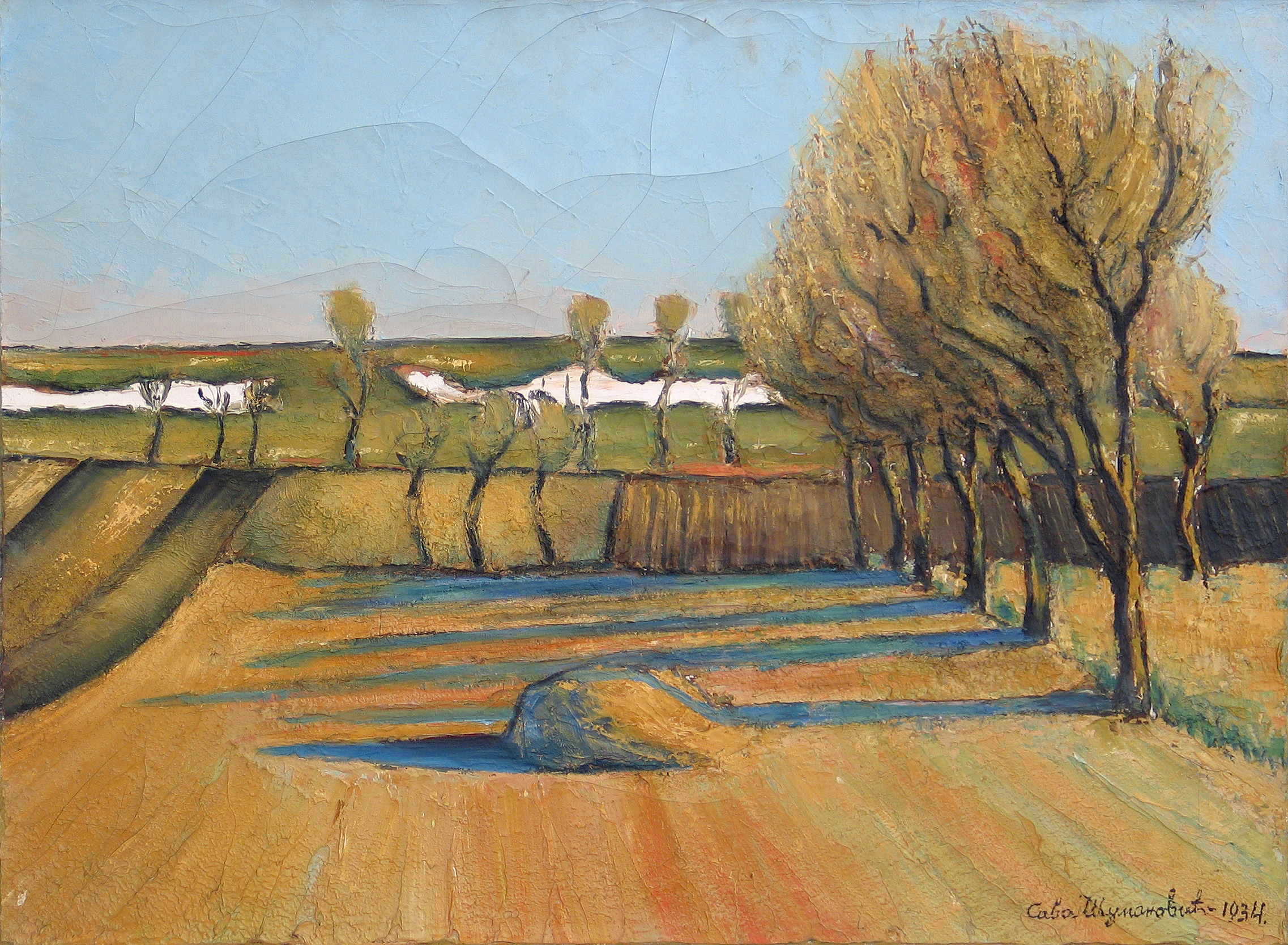 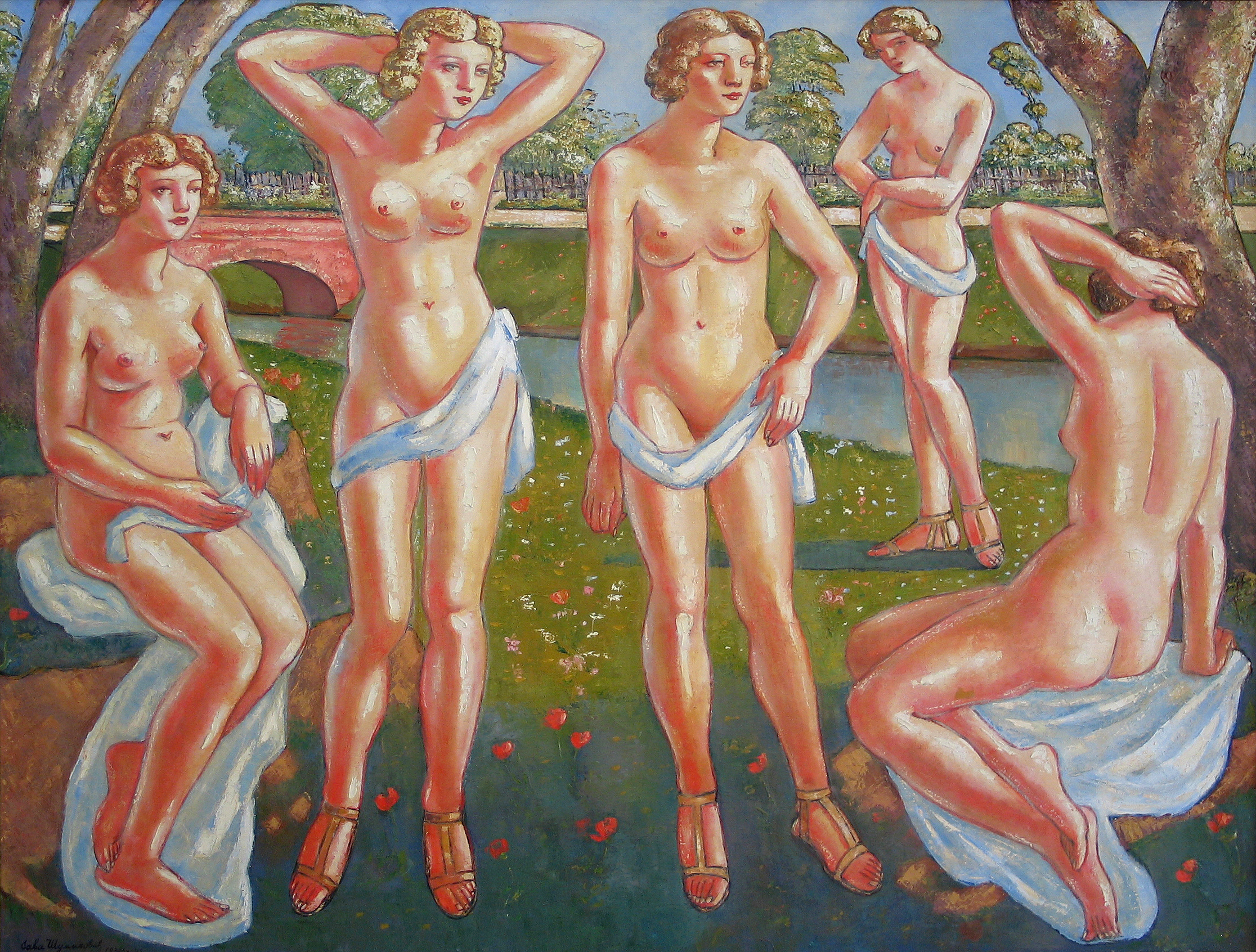 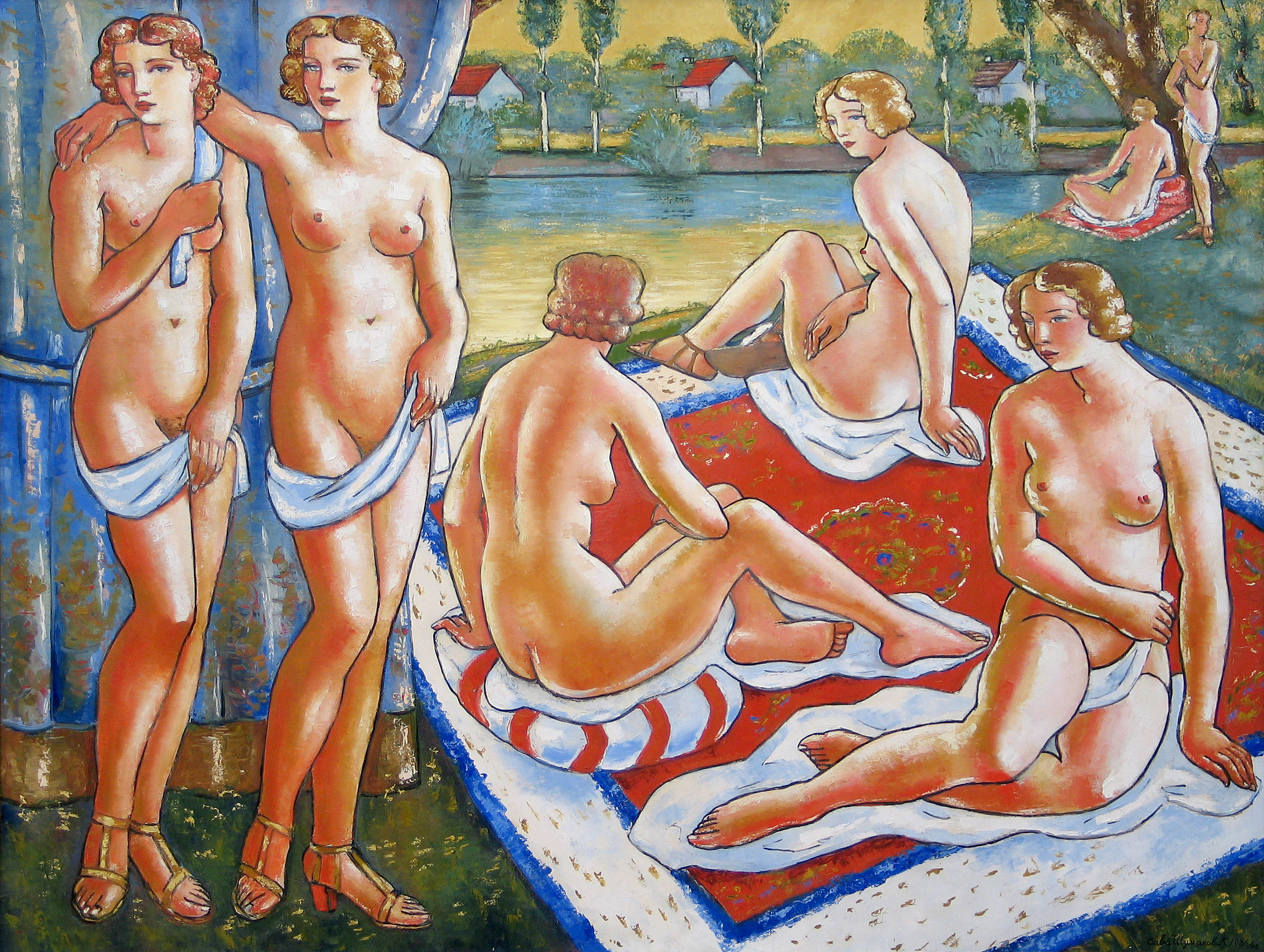