Bearing in mind the presence of shadow economy and its impact on businesses in Serbia, in 2014, with the support of USAID, NALED launched a major project aimed at identifying key aspects that contribute to the shadow economy, and institutional implementation of a program for reducing the grey zone. Through the project, NALED created the first National Program for the Countering Shadow Economy, and the Government of Serbia accepted the initiative, formed the Coordination Body and the Expert Group for Countering Shadow Economy, and appointed NALED as the coordinator.

Together with its members, socially responsible companies, the largest employers and taxpayers in Serbia, in 2014 NALED founded the Fair Competition Alliance, which provides support to the Government in defining and implementing specific measures and policies to establish fair competition and combat shadow economy, as well as in raising awareness of the general and expert public about the causes and consequences of illegal business and trade.

Since the beginning of its engagement in this area, with the support of international partners, NALED has launched and implemented numerous initiatives that have contributed to reducing the scope of the shadow zone from 21.2% to 15.4% of GDP among registered businesses in the period 2012-2018.

At the initiative of NALED, the Government of Serbia declared 2017 and 2018 the Years of Countering Shadow Economy, after which numerous activities and reforms were launched, such as the reform of inspection supervision with the introduction of eInspector software, development of an electronic system for simplified registration of seasonal workers, tax exemption for beginners in business in the first year of work, launching a national prize game Get the Receipt to Win, governing parafiscal levies and other fees and charges.

In 2017, a tax exemption was introduced for beginners in business in the first year of operation, as a measure of the National Program aimed at encouraging young entrepreneurs to start legally from day one.

In 2015, the process of seasonal employment reform began, and the Government of Serbia and the German Development Cooperation entrusted NALED and GIZ with its implementation. The new law was adopted in June 2018, and an electronic system for registering workers was introduced through the portal www.sezonskiradnici.gov.rs and mobile applications. In this way, in less than two years, the number of registered workers increased 10 times (45,000 registered workers), and budget revenues rose by 4 million euros.

With the adoption of the Law on Republic Administrative Fees and the drafting of the Law on Fees for the Use of Public Goods, the reform of non-tax and parafiscal levies was revived in 2018, aimed at resolving the issue of the second biggest burden for every business, after taxes and salary contributions.

In June 2017, in cooperation with the Ministry of Public Administration and Local Government and with the support of the EBRD, NALED formed an expert team - the Support Unit for the Coordination Commission for Inspection Oversight, which systematically leads the reform of inspections and aims to ensure sustainable functioning of the Coordination Commission (Government body in charge of harmonizing and improving the planning and implementation of inspection supervision in the Republic of Serbia).

In cooperation with the EBRD, NALED supported the development of the eInspector system with 37 national inspections. About 150 legal acts and more than 800 checklists have been adopted. The plan for hiring 1,272 inspectors was adopted, and more than 800 moved to higher ranks. With the support of the Dutch Regional Partnership Fund / MATRA, guidelines were adopted for the implementation of the Agreement on plea and proof of guilt for misdemeanors related to shadow economy, while with the support of the Norwegian Embassy, capacity building was ensured for supervision bodies performing internal control of the inspections and the Administrative Court.

In 2020, with the support of EBRD, a Contact Center for reporting shadow economy cases to national inspections was established, to provide support to businesses and citizens during the pandemic. During its first year of work, the Contact Center received more than 22,000 applications from citizens and businesses.

At the initiative of NALED, and based on the results from Slovakia as a best practice example in the organization of fiscal lottery, in 2017 the Government of Serbia launched the first prize game with fiscal accounts Get the Receipt to Win. By 2021, a total of four prize games have been organized in eight cycles, with expert support of NALED and its members. In 2020 alone, citizens sent more than 117 million fiscal receipts and slips, and it is estimated that 100 million euros were paid into the budget based on VAT.

In parallel with the prize game for citizens, every year a competition of cities and municipalities is organized, and the most successful municipalities received prize funds for local projects of citizens' choice or WiFi free zone.

In order to encourage cashless payments as a guarantee of paid taxes and modernization of business, in 2019/20, in cooperation with the Office for IT and eGovernment, NALED encouraged the introduction of POS terminals at the counters of more than 100 local governments, and in 2021 in cooperation with GIZ and Mastercard and Visa launched a four-year National Cashless Payment Initiative under the slogan "Better Way", which will support introduction of POS terminals for 25,000 small businesses. 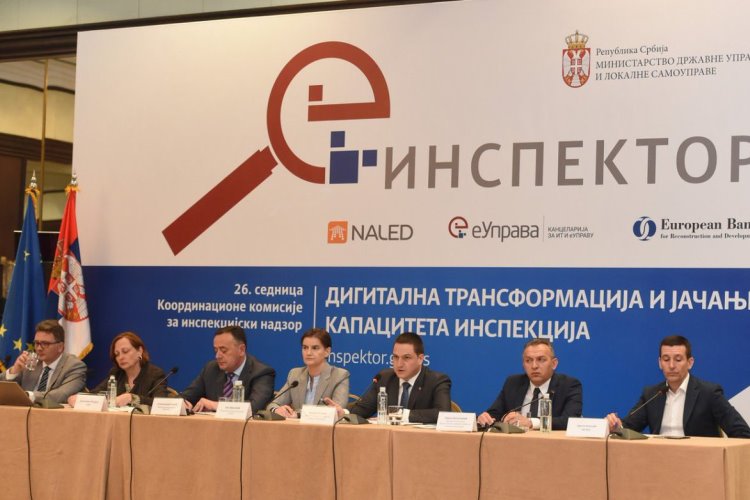 On Wednesday, 10 July, the Ministry of Public Administration and Local...Read more 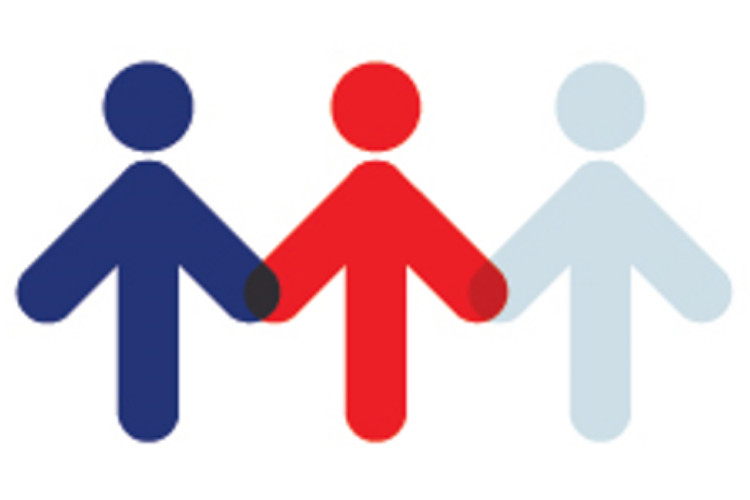 "Counter Gray" is a direct response to the government's measures to expand the...Read more 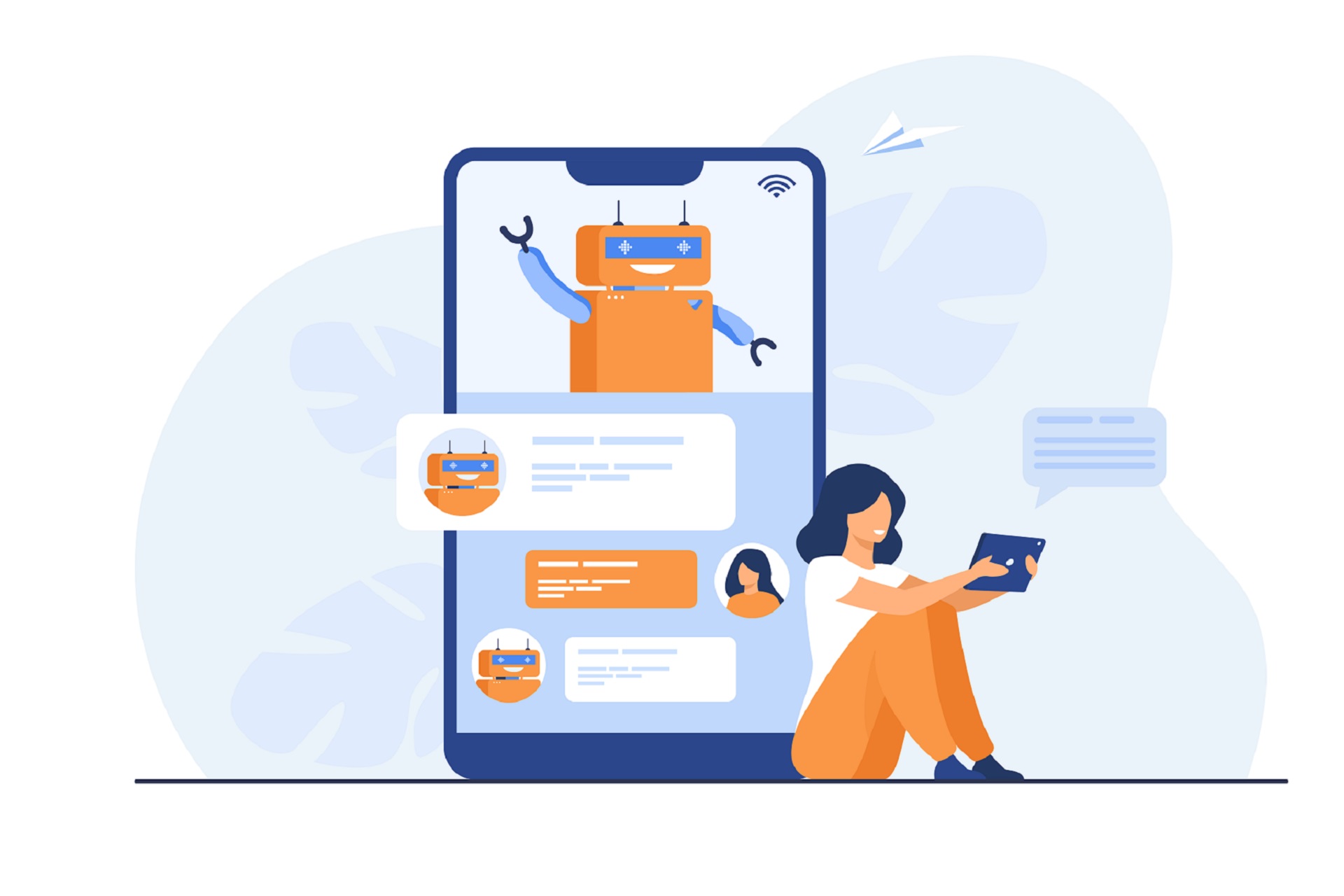 Reporting the shadow economy with the help of the ChatBot application....Read more 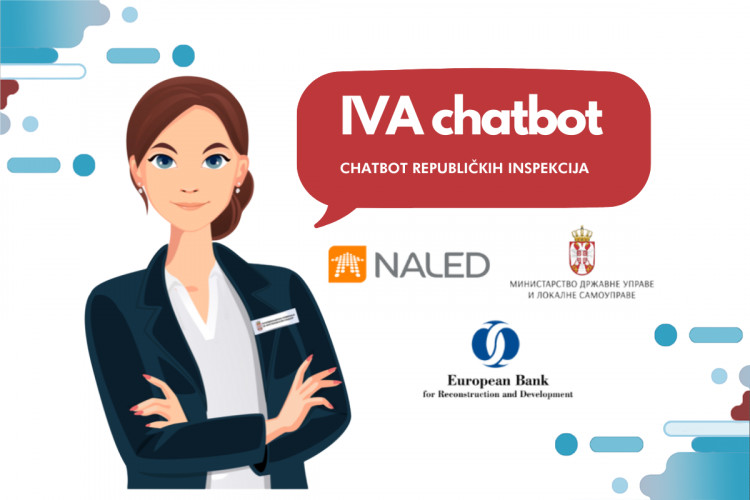 Since June 2017, the European Bank for Reconstruction and Development (EBRD) has been providing the Ministry of Public Administration and...Read more 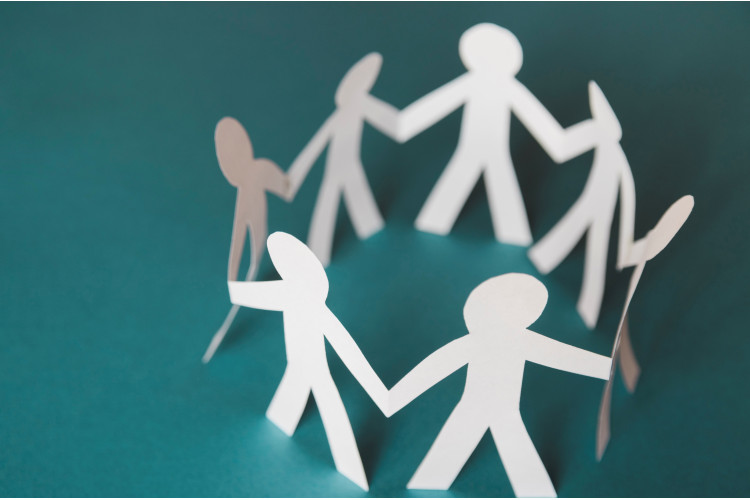 Support Unit for the Coordination Commission for Inspection Oversight 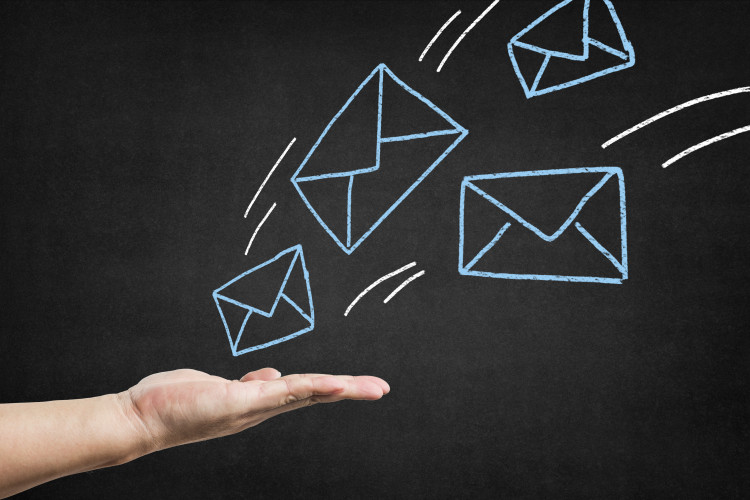 The unified contact center for inspection oversight allows businesses and citizens to report any violations of business regulations, in the...Read more 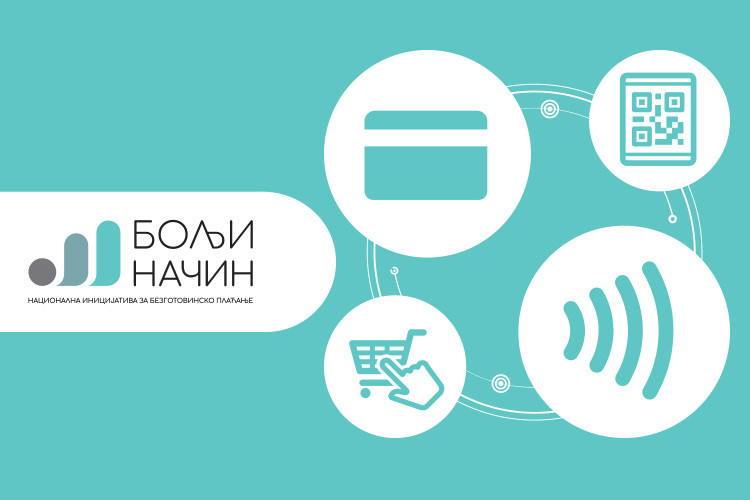 The project focuses on creating better conditions for development and encouraging all forms of cashless payments in the public and...Read more 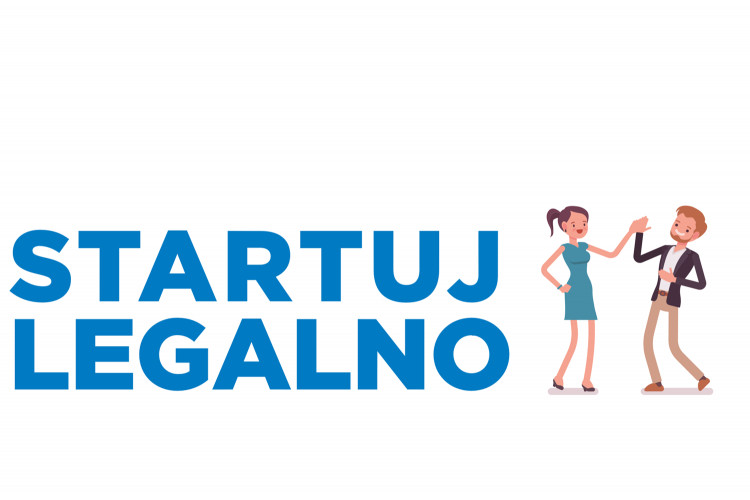 Implementing the measures stipulated in the National program and Action plan for...Read more 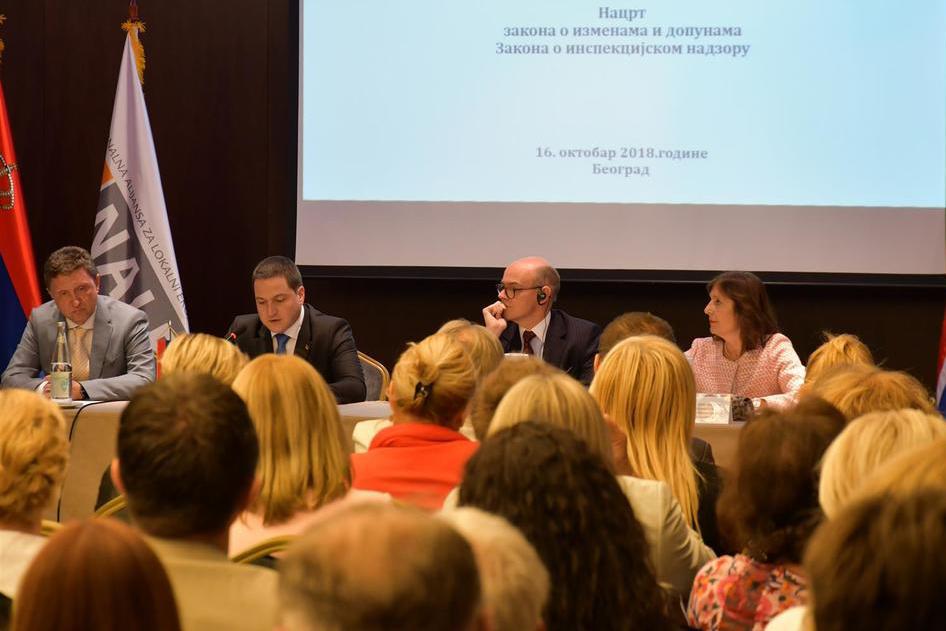 Amendments to the Law on Inspection Oversight presented

On Tuesday, 16 October, with the support of NALED and the Royal Embassy of...Read more
Page

NALED and socially responsible companies, the largest employers and taxpayers in Serbia formed the Fair Competition Alliance in May 2014....Read more 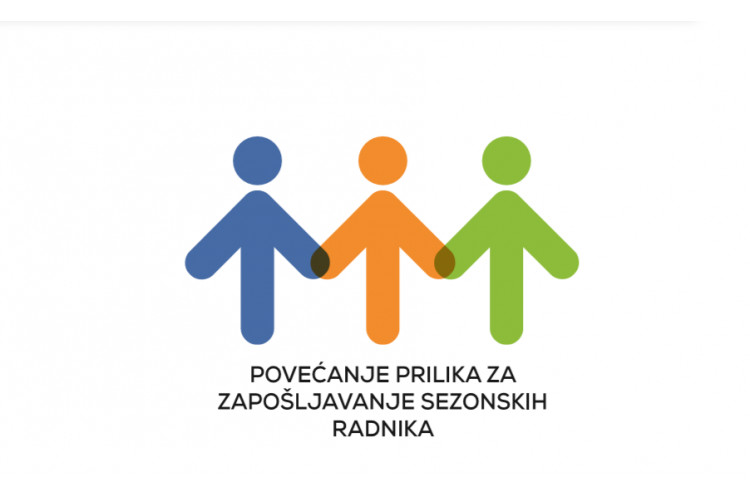