The work on the new National Program for Countering Shadow Economy should be one of the Government's first activities in 2021, aimed at providing systemic support to legal business and employment - it was announced at the online conference „Way Out of Shadow Economy – New Solutions for the New Times“, as the final event of the joint project „Supporting the Government of Serbia in Countering Shadow Economy  2018-2020“ implemented by NALED with the support of German Development Cooperation implemented by GIZ.

The analysis of implementation of the current National Program for Countering Shadow Economy, valid until the end of 2020, has shown that a half of the indicated 36 measures have been successfully implemented, and the Prime Minister Ana Brnabić particularly highlights the reform of inspections, flat-rate taxation and seasonal employment in agriculture.

- Next year will be a highly ambitious one for us, and we are planning several important systemic projects and reforms, including the digital fiscalization, expansion of seasonal employment to new sectors and amendments to the Law on Inspection Oversight to introduce the eInspector system as a mandatory tool for all national inspections. We are introducing electronic invoices and digital bills of exchange and we are continuing the prize game "Get the Receipt to Win". If we finalize all of this, and I believe we can do it together, in 2022 Serbia will have far less difficulties with shadow economy – said Brnabić on this occasion.

NALED proposes that the new National Program for Countering Shadow Economy should involve three groups of measures: measures for encouraging and easing legal business, measures for punishing those that engage in illegal operations, and educational measures aimed at improving the tax discipline as well as the transparency of spending tax revenues. The priorities also include specialization and digitalization of courts, and capacity building of inspections and Tax Administration. The key measures aimed at reducing the fiscal and administrative burden to businesses will remain further reduction of tax burden to labor and elimination of para-fiscal charges, automatization of tax calculation and the possibility of online tax payments, and simplified process for starting a business and registering workers.

- We find it very important to enable better regulation of the new, flexible forms of work engagement such as working from home, via online platforms or part-time engagement, which has proven to be very important during the pandemic. We also propose the establishment of an electronic registry of non-tax charges, so that we have a clear overview of all the fees and charges we are paying. Finally, it is of utmost importance to support entrepreneurship and self-employment through measures such as the tax exemption of new businesses during the first year of work „Start Legally“– said Igor Lončarević, Vice President of NALED's Fair Competititon Alliance and a Partner in KPMG.

NALED's analysis has shown that the Start Legally measure has helped start 811 businesses and employ 820 workers in 2019, with average savings of 149,000 dinars for each employee. Among the 811 businesses that started legally, 90% involved entrepreneurs, mostly in the areas of trade and processing industry. Starting from this year, the Government focused this measure on entrepreneurs engaging in innovative activities, with a higher tax exemption limit, during the first three years of work, and NALED recommends that this measure should further be expanded o certain categories of flat-rate taxed entrepreneurs. The importance of entrepreneurship development was also pinpointed by the Minister of Economy Anđelka Atanasković.

She said that the new National Program for Countering Shadow Economy will be created in agreement with other line ministries, highlighting high expectations in the field of fiscalization and the incentives her ministry will ensure for an easier transition to modern technical solutions for fiscal cash registries and softwares, as well as the transition to e-invoices.

Speaking about the importance of entrepreneurship, Atanasković highlighted that the support to small and medium enterprises, and particularly the development of women's' and youth entrepreneurship, is one of the main priorities of the Ministry of Economy.

„Young entrepreneurs are certainly an important target group and in the upcoming period, we will increasingly focus on providing maximum support to them. This is why we are starting a new program next year, focusing on these two important target groups – youth and women“, said Atanasković.

Christian Schilling, Head of Development Cooperation at the German Embassy in Belgrade, said that Serbia can count on Germany's support in countering shadow economy.

- German Development Cooperation, through GIZ and the Public Finance Reform – Agenda 2030 project, has supported the Government of Serbia in developing and implementing the National Program for Countering SHaodw Economy, as a combination of stimulative and repressive measures. The new solutions, primarily in the field of digitalization of procedures and payments, as well as the measures in the field of public finance, should create the needed baseline for sustainable growth of small and medium enterprises, and enable long-term encouragement of economic development – said Schilling.

DEKOF team from the Faculty of Economy wins the Tax Debate

Students from the Faculty of Economy in Belgrade, Ilija Dragić and Dragan Dživdžanović (team DEKOF), won the student competition „Tax Debate: Carrot or Stick“, organized by NALED in cooperation with the University in Belgrade and Tax Administration, with the support of KPMG and German Development Cooperation. The competition winners were declared by the Rector Ivanka Popović.

Dragić and Dživdžanović won by advocating the stand that stimulative measures are more efficient in improving tax collection and tax culture, compared to repressive mechanisms. Among other things, DEKOF proposed that citizens should have an opportunity to assign a part of their taxes into charity, or for other purposes, while also proposing calculation and payment of tax liabilities via mobile application or website, simplification of tax procedures for certain activities, and continuous education of citizens on the importance of paying taxes. They competed in the finals with the team KafeTim, involving students from the Faculty of Law in Belgrade, Ivana Podgorica and Danilo Miletić.

The winning team was awarded with the opportunity to further expand their knowledge through three-month paid internship in NALED or KPMG. The members of finalist teams were presented with special recognitions and tablet devices. The best team as selected by the audience - Dream Team involving students from the Faculty of Economy in Subotica Jovica Pejčić and the Faculty of Technical Sciences in Novi Sad Nikola Končarević also received recognition and over-ear headphones. 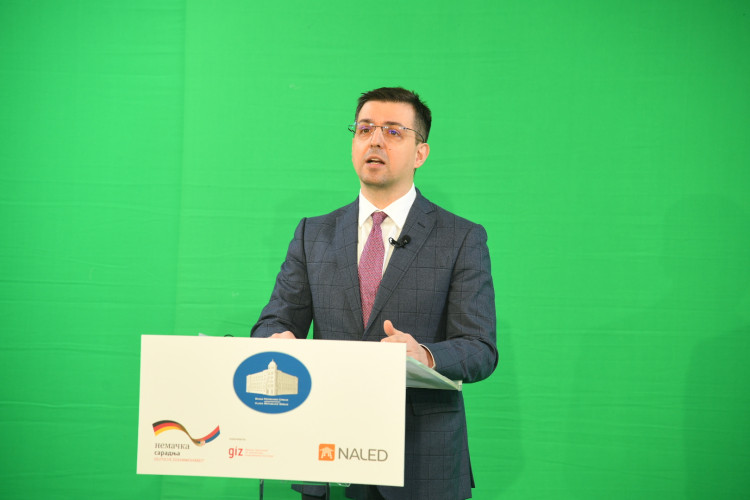 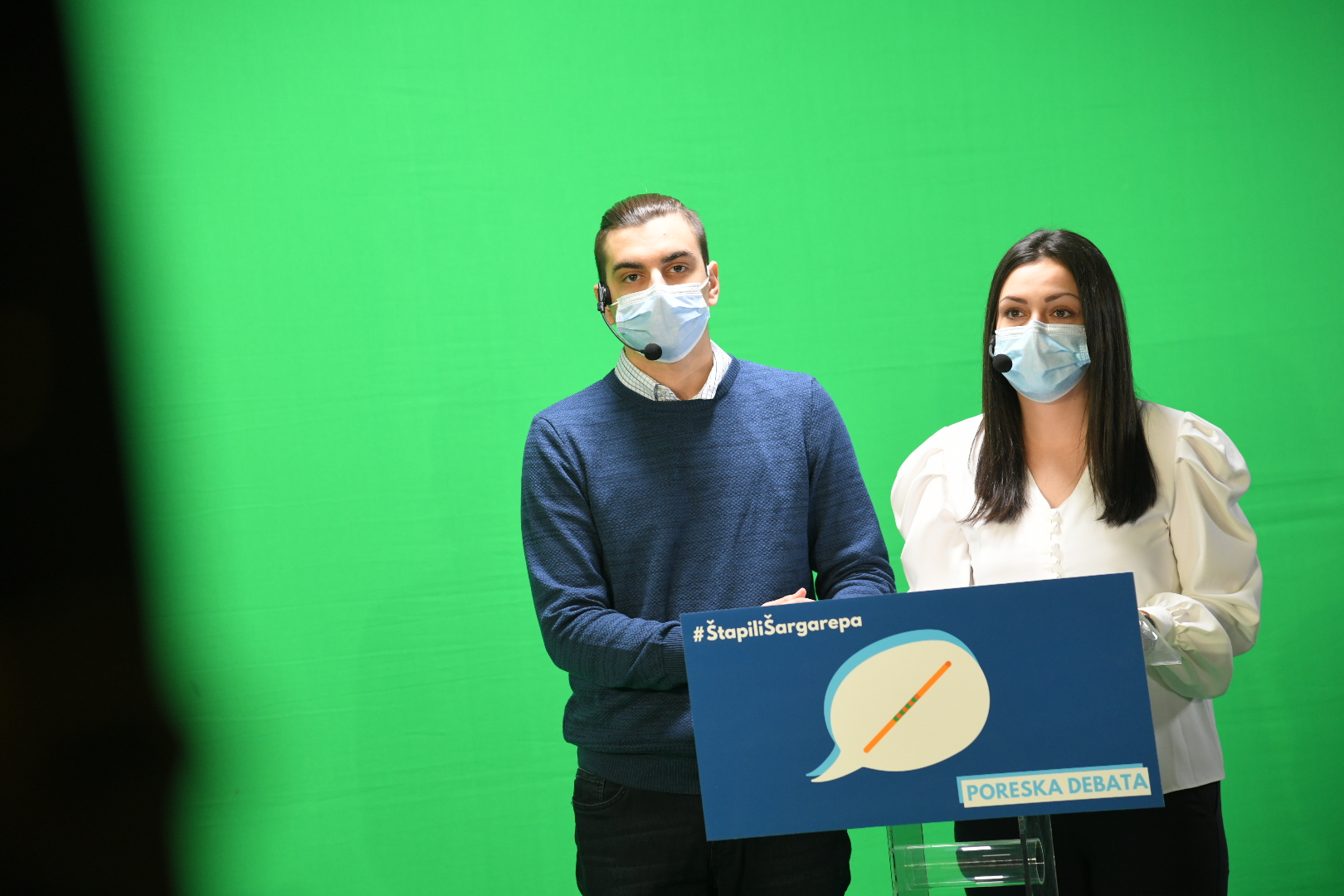 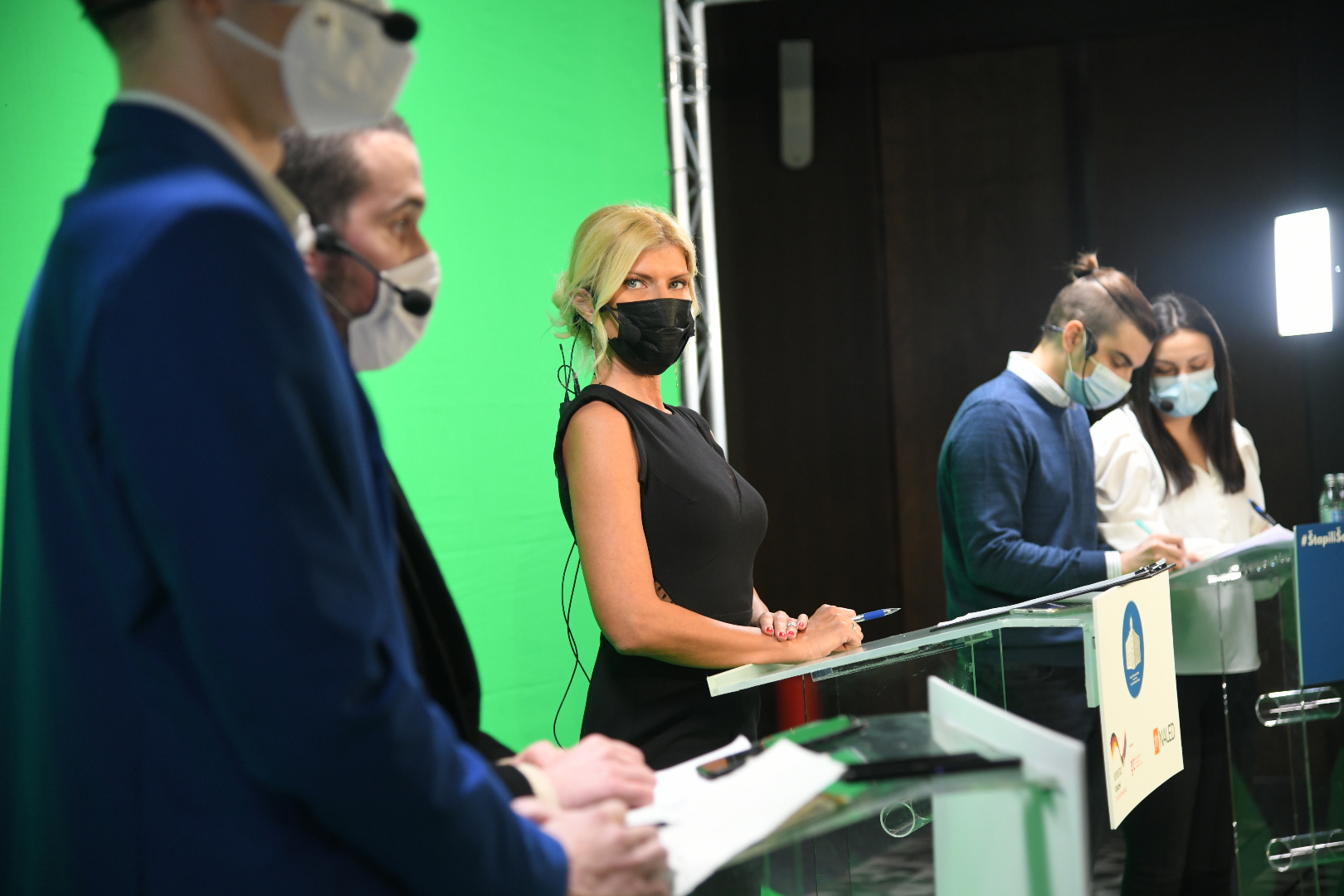 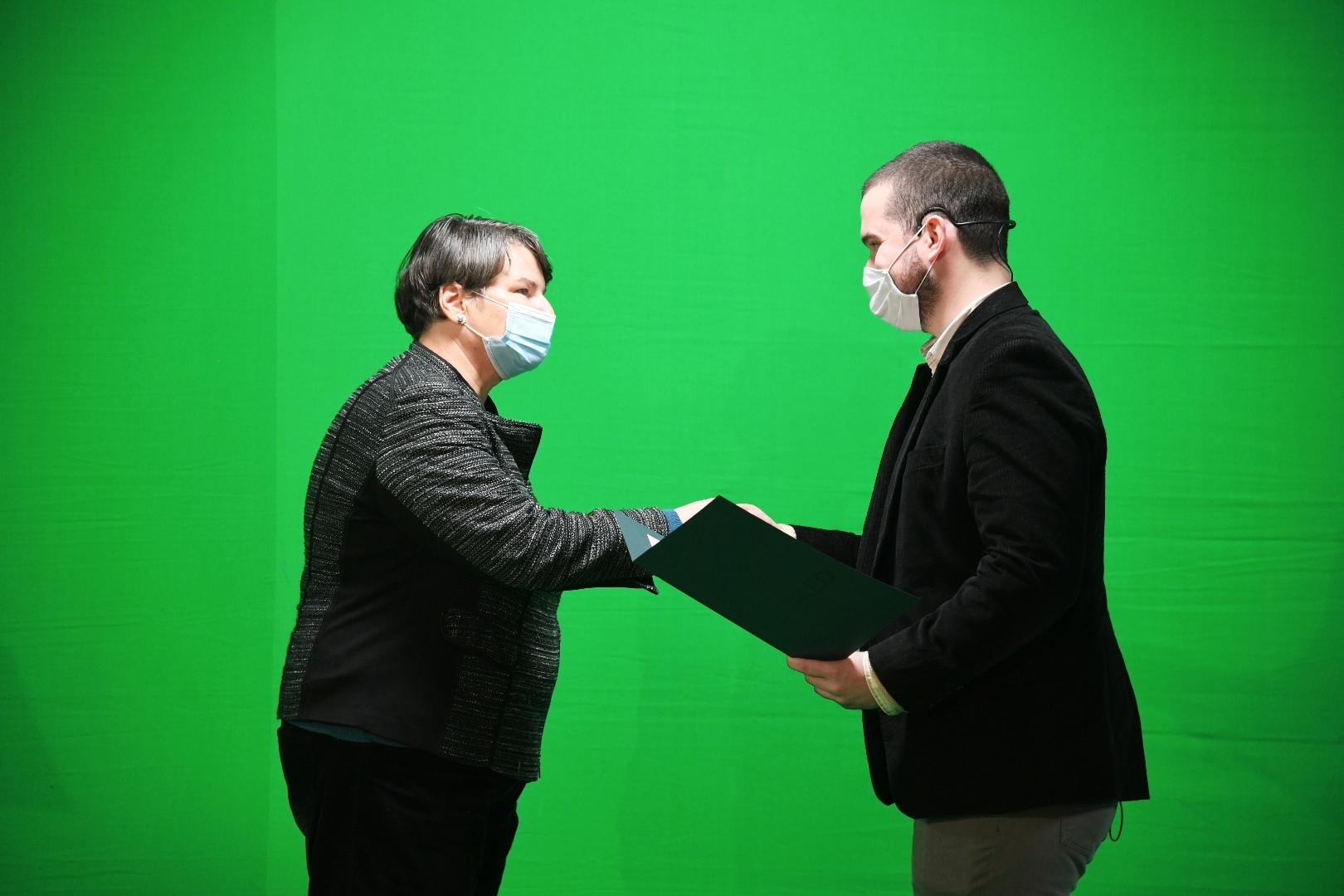 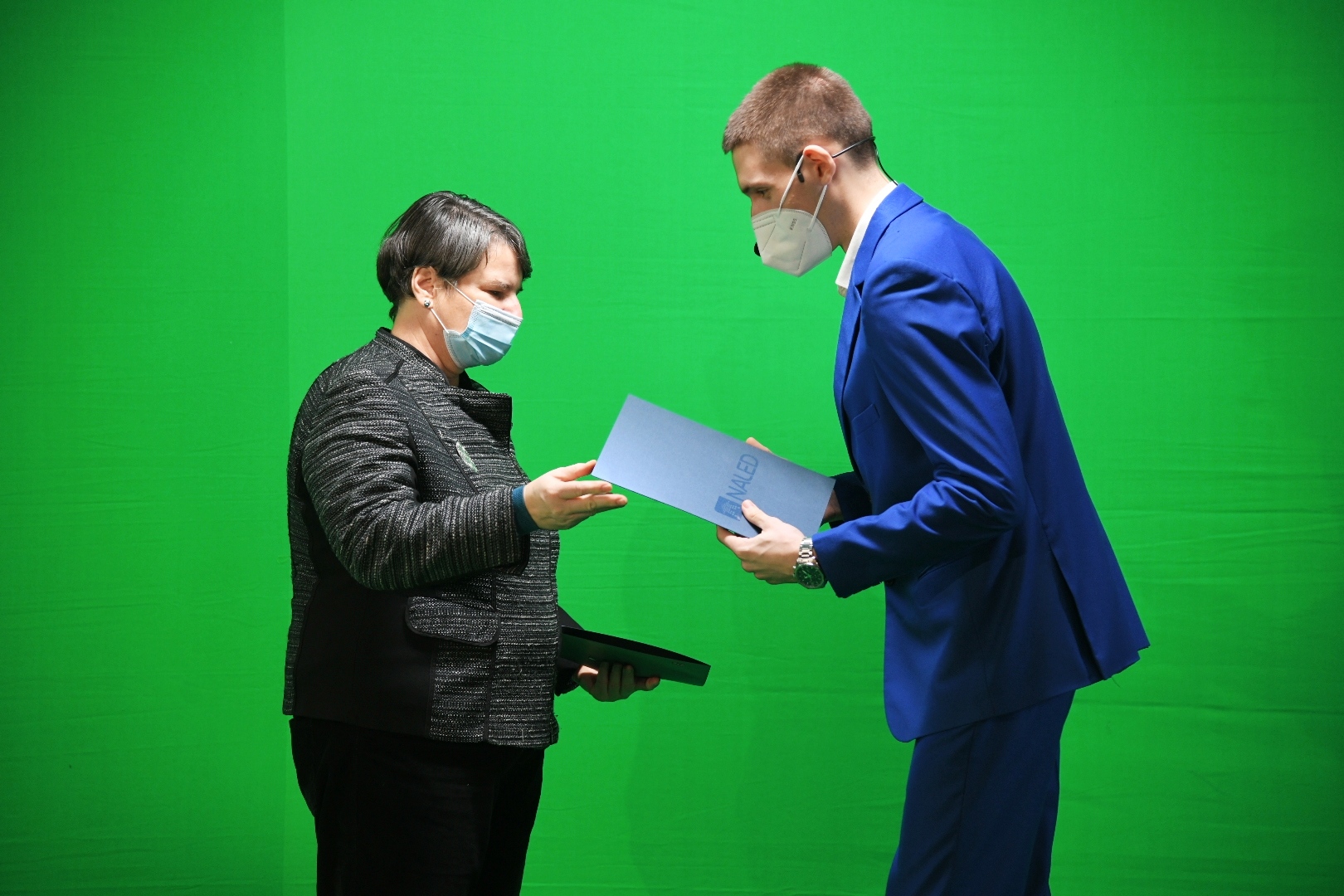 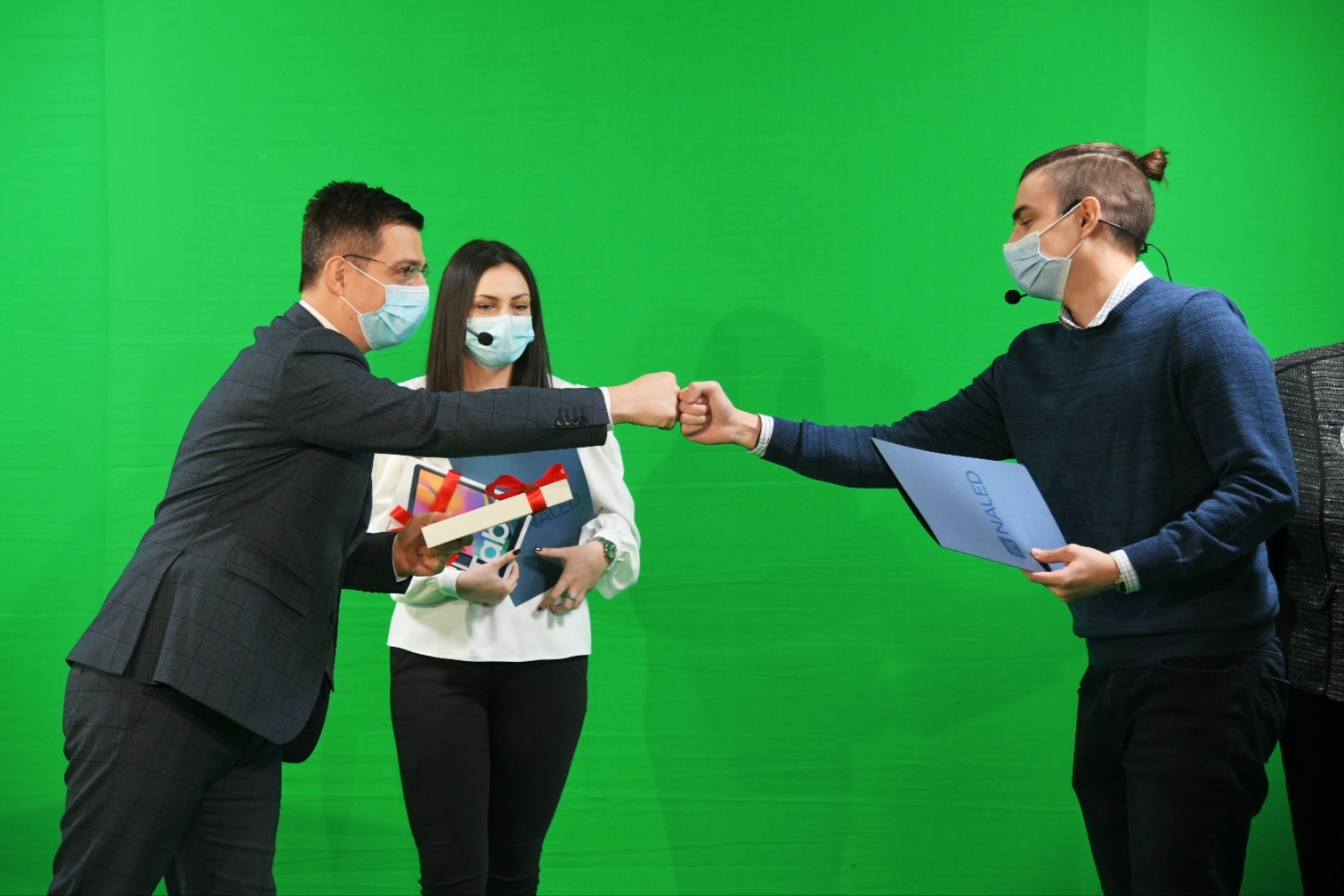 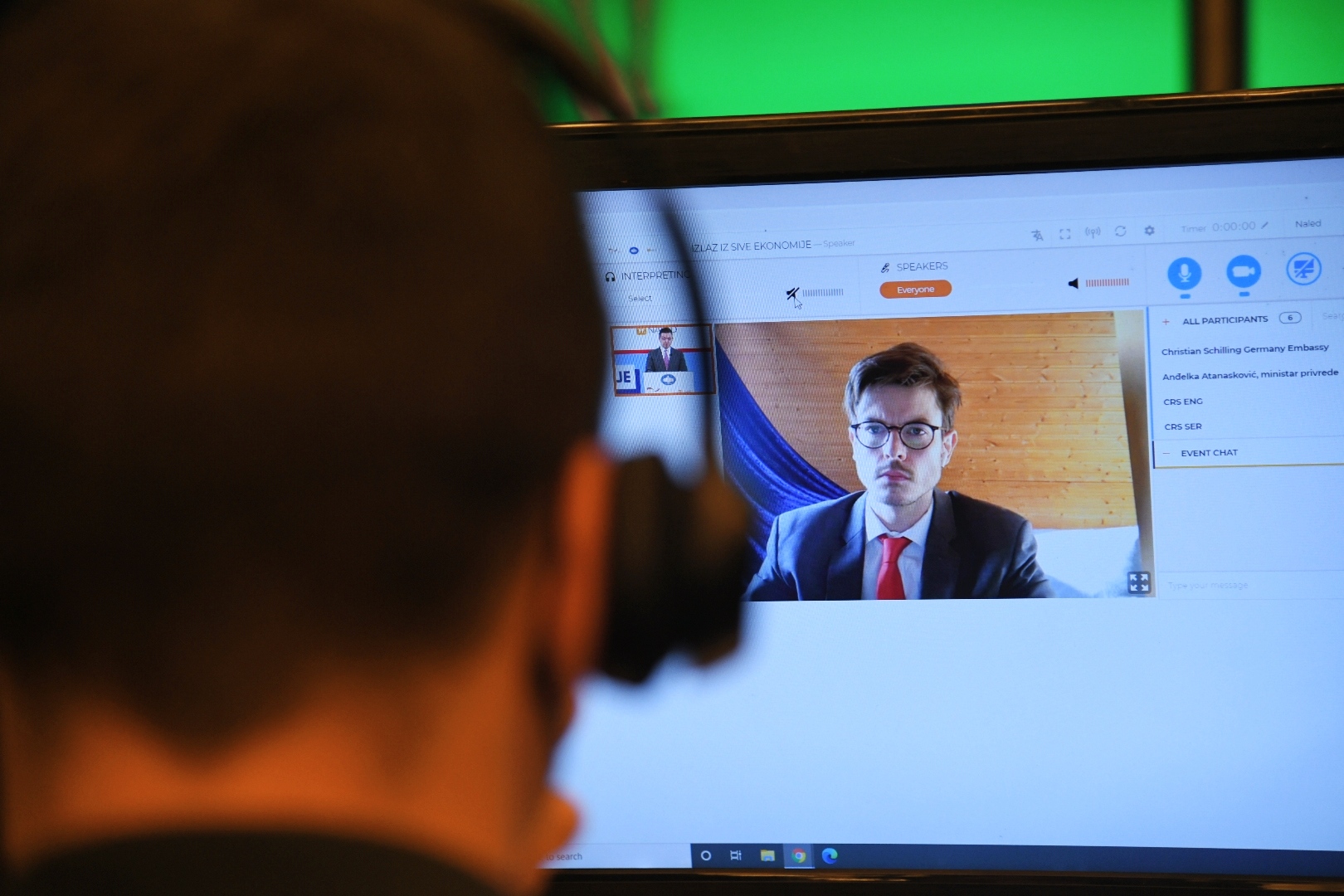 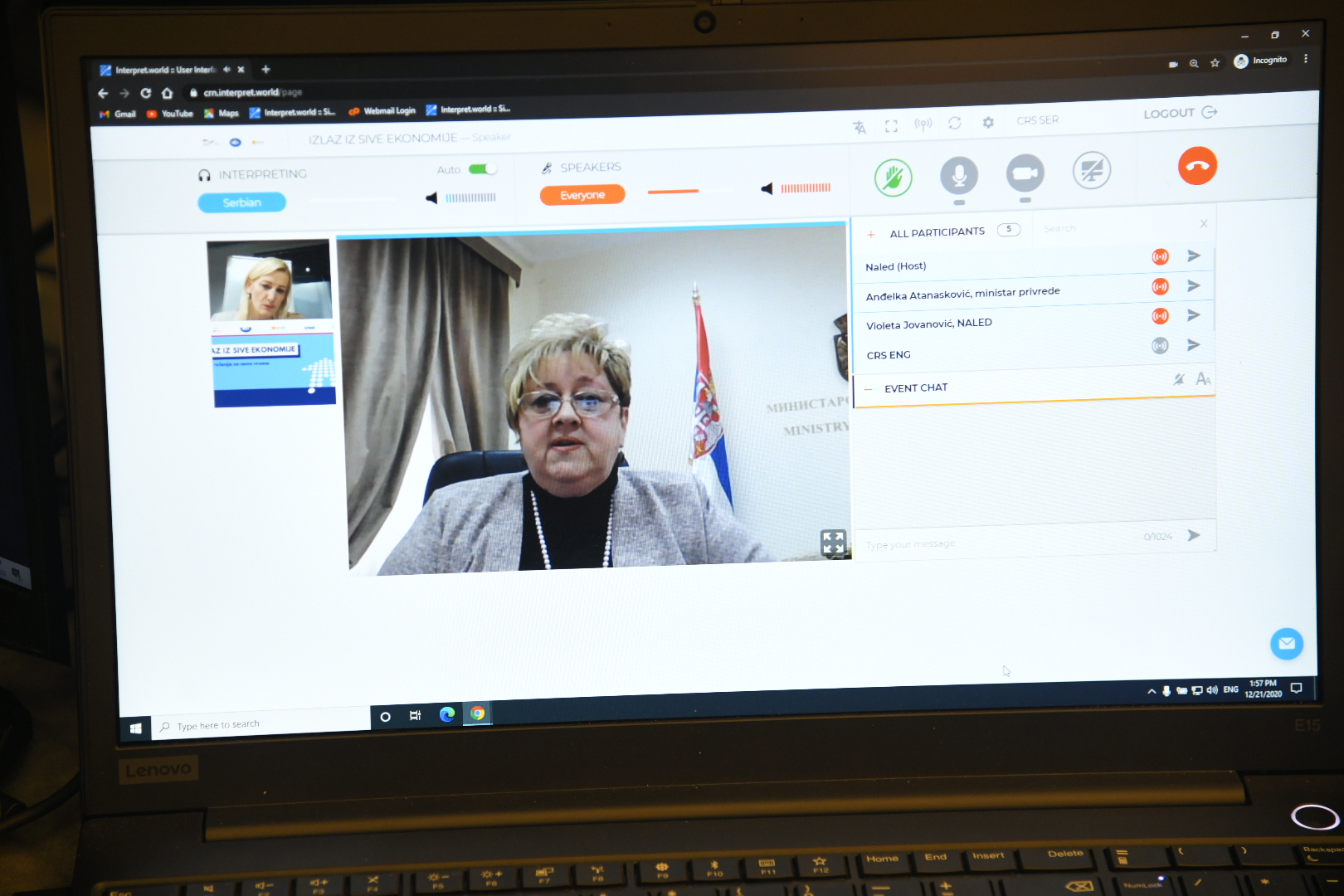 Get the receipt to win 2020 - envelopes started being sent!

At today's session, the Government of the Republic of Serbia adopted a...Read more