Data show that 4.67 million invoices have been exchanged through SEF in the first six months, of which slightly more than three million were sent to the public sector. So far, more than 184,000 users have registered in the system, of which 10,675 users of public funds, as well as 173,338 business entities.

From January 1, 2023, the exchange of eInvoices will be mandatory in transactions within the private sector (B2B), thus including all entities subject to the Law on Electronic Invoicing in the new system. All VAT payers will have the obligation to receive and deliver invoices through the electronic invoice system (SEF), while it can also be used by other companies and entrepreneurs.

The entry of the remaining business entities into the SEF will successfully complete the process of introducing eInvoices in Serbia, which was led by the Ministry of Finance. The first to enter the system were users of public funds who started issuing and receiving electronic invoices (G2G) on May 1 this year. Businesses that do business with the public sector were also obliged to issue invoices through SEF from May 1, and to receive invoices from July 1 (B2G).

The Deputy Prime Minister and Minister of Finance, Siniša Mali, said that the introduction of electronic invoices in business operations is one of the most important reform measures in the last 20 years and called on all businesses in Serbia in the VAT system that have not yet started using eInvoices to do so as soon as possible.

- In terms of introducing electronic invoices, we are ahead of France, which plans to introduce them in 2027, ahead of Spain, which will introduce them in 2026, ahead of Slovenia, which has adopted a law, but has not yet ratified it in parliament. At the moment, we have over 20,000 users of public funds, the entire state, which is already in the electronic invoice system, along with the major part of businesses - said Mali.

Data show that 4.67 million invoices have been exchanged through SEF in the first six months, of which slightly more than three million were sent to the public sector. So far, more than 184,000 users have registered in the system, of which 10,675 users of public funds, as well as 173,338 business entities. With the entry of the remaining parties from the private sector, the number of users will be even greater, and all of them will be able to reduce costs, operate more efficiently and ensure faster collection or refund of VAT thanks to the use of electronic invoices.

The conference "E-invoices and electronic payments for a more competitive economy", supported by the National Initiative for Cashless Payments, presented the obligations of the private sector when using SEF, as well as the novelties planned by the Draft Amendments to the Law on Electronic Invoicing, whose adoption is expected by the end of this year and its entry into force from January 1.

The Ambassador of the Federal Republic of Germany in Serbia, Anke Konrad, pointed out that the introduction of eFiscalization and eInvoices represent ambitious, systemic reforms. Properly implemented, these reforms will reduce costs for Serbian companies, as well as contribute to improving the efficiency of public administration.

- The introduction of the eInvoice and eFiscalization system has been part of the key measures of the National Program for Countering Shadow Economy since its first version in 2015, and I am glad to see that they are being successfully implemented. For this reason, I want to encourage the new Government of Serbia to adopt the new program as soon as possible, and the line institutions to continue their work on suppressing economic activities in the gray zone that cause damage to the economy of Serbia. An important cornerstone of the program is the National Initiative for Cashless Payment, which was launched in close cooperation with the Ministry of Finance a little more than a year ago - Konrad said.

The President of NALED Managing Board Vladislav Cvetković said that eInvoices, eFiscalization and electronic payments represent the three pillars of a transparent economy and fair competition.

- We expect that soon, in order to develop cashless payments in Serbia, we will launch a POS program as part of the National Initiative for Cashless Payments. The program is intended for entrepreneurs, micro, small and medium-sized enterprises, which have not yet accepted cashless payments, to provide their customers with a practical, efficient and reliable way of shopping and thus further develop their business. Our intention is to equip 25,000 points of sale with POS terminals, i.e. software for online sales, within three years. Upon the official launch of the program, businesses that apply for the POS program on boljinacin.rs website will receive free installation and use of the POS for one year, with a reduced merchant fee, and the program is also open to institutions that want to offer cashless payment at counters - said Cvetković.

The national initiative for cashless payments is a joint project of Deutsche Gesellschaft für Internationale Zusammenarbeit (GIZ) GmbH and the companies Mastercard and Visa, which is implemented under the auspices of the develoPPP program of the German Federal Ministry for Economic Cooperation and Development (BMZ) in cooperation with NALED and the Ministry of Finance Republic of Serbia. 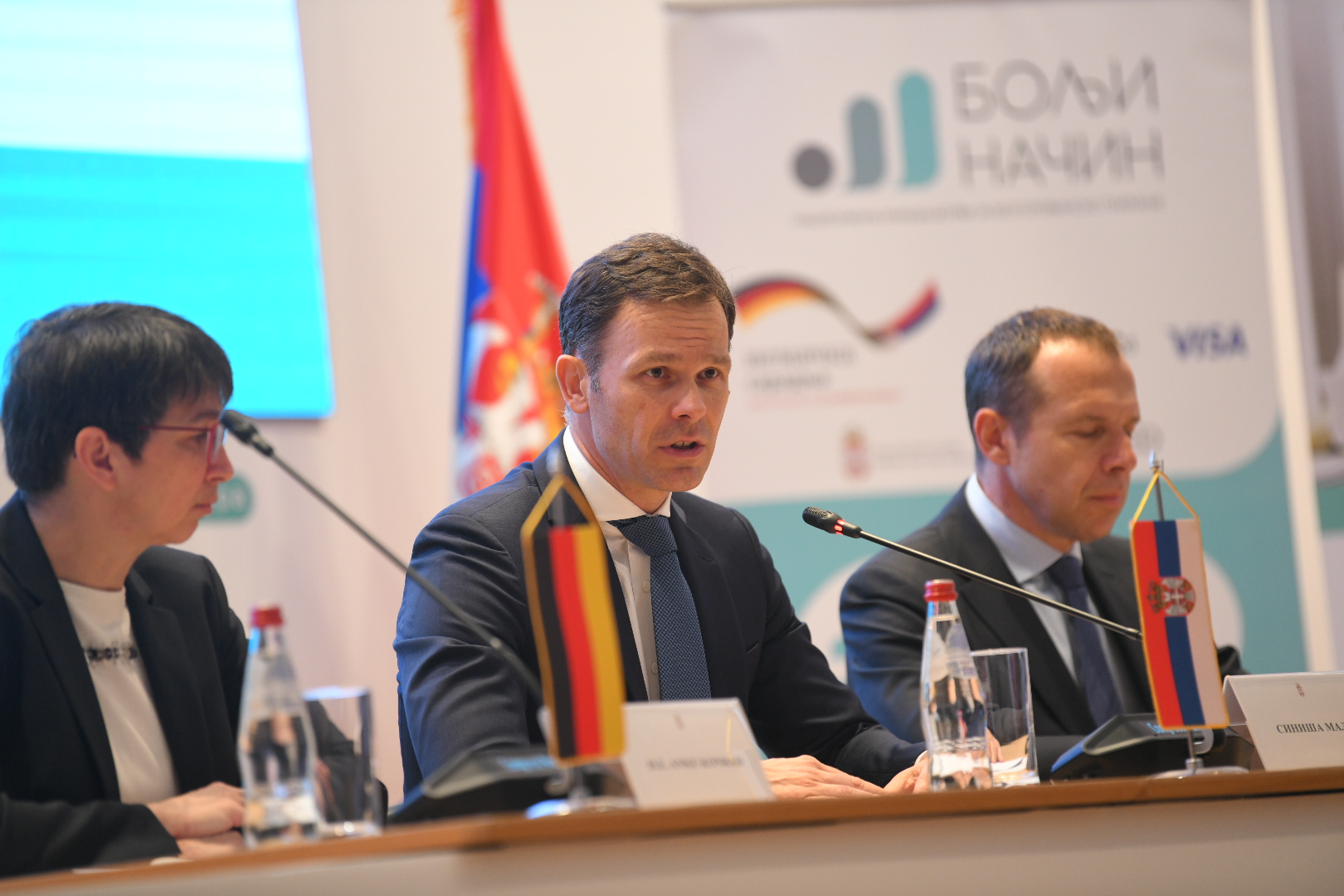 The introduction of electronic invoices will save companies in Serbia millions...Read more