The first international conference Public-private dialogue for growth brought together key experts from the country and abroad, presenting their experiences, best models and mechanisms for strengthening cooperation between the state and businesses in adopting and implementing legislation

On Friday, June 29, within the first International Conference „Public-Private Dialogue for Growth“, organized by NALED and the USAID in cooperation with the Republic Public Policy Secretariat at the Hyatt Regency Hotel in Belgrade, business community leaders, representatives of state institutions and international experts have shared experiences on fostering cooperation between all sectors of society, aimed at establishing a business environment that favors economic development.

The keynote speeches were given by Kyle Scott, the Ambassador of the United States of America, Aleksandar Ružević President of NALED Managing Board and General Manager of Coca Cola HBC for Serbia and Montenegro and William Maloney, World Bank's Chief Economist for Equitable Growth, Finance and Institutions.

The United States, as a global leader in social dialogue, understands the crucial role that public-private dialogue plays in shaping effective laws that improve the predictability an transparency of business regulations, which in turn positively impacts economic growth. One of the good examples was the reform of construction permits that was implemented through public-private dialogue and had an immediate economic impact. Partnership and dialogue will be the center of approach within the program we will be implementing in the next four years in partnership with NALED as the largest public-private association in the country, and the National Public Policy Secretariat - said Ambassador Kyle Scott.

The research conducted by NALED within the project showed that dialogue is the most effective when businesses are represented by their associations in working with the state. Still, even 60% of businesses are not members of associations, weakening their position in regulatory process.

Over the past 12 months, one in ten businesses engaged in some form of public-private dialogue. On the other hand, even 80% of associations cooperated with state institutions, and a half of their proposals or comments to legislation were approved – said the President of NALED MB Aleksandar Ružević adding that the reasons for inactive approach of businesses include insufficient capacities, lack of information and mistrust that their comments would be accepted.

The data show that 57% of business associations indicate that dialogue with the state in drafting regulations had an impact on improving the business conditions, but they see a major problem in the fact that they draft laws are not provided on time (69% of responses). Slightly more than a half institutions confirm that proposals they receive are good, while situations when businesses are not included are usually explained by the lack of time due to urgent adoption of laws.

Within the panel discussion moderated by Laura Pavlovic, Director of the Office for Economic and Democratic Development in USAID Serbia, the optimal models and mechanisms for engaging businesses in the law adoption process were discussed by Andreas Kopp, Principal Advisor and member of the Regulatory Scrutiny Board, European Commission, Vladimir Marinković, Deputy Speaker of the National Assembly and President of the Economic Cocus, Vladislav Cvetkovic, Director in PWC and member of NALED Supervisory Board, and Simone Tagliapietra from think-tank Bruegel from Brussels.

Within the second panel, the experiences with public-private dialogue for optimal regulatory delivery outcomes were shared by Branislav Nedimovic, Minister of Agriculture, Forestry and Water Management, Donald Macrae, expert on regulatory delivery from Great Britain, Vladimir Cupic, Atlantic Group Director General, Sasa Pavlov, Mayor of Pancevo and Umur Gokce, Project Manager and analyst of the regulatory framework in the OECD, while the discussion was moderated by Bojana Tosic, Director of the National Public Policy Secretariat.

The project has identified and selected the first three, out of six organizations, which will work together with NALED in the following two years on building their capacities for dialogue with the state and advocacy of priority issues in their respective fields – Association for the Development of Entrepreneurship (lump-sum taxation reform), Beekeeping Association of Serbia (prevention of bee poisoning) and Agro Cluster of Serbia (improving organic agriculture).

Within the working part of the event, the representatives of selected organizations attended a masterclass, discussing the most efficient ways to start a public-private dialogue about their focus topics – on this occasion, Donald Macrae discused the significance of research and data,  Joe Lowther advised the organizations on how to approach strategic communications, while Vladimir Čupić talked about how to pick the right partners or build alliances in advocating reforms.

Photo gallery from the event can be viewed and downloaded at the link. 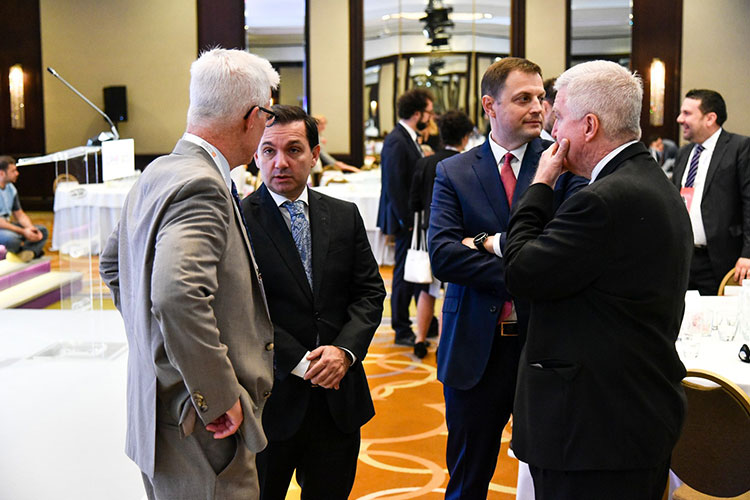 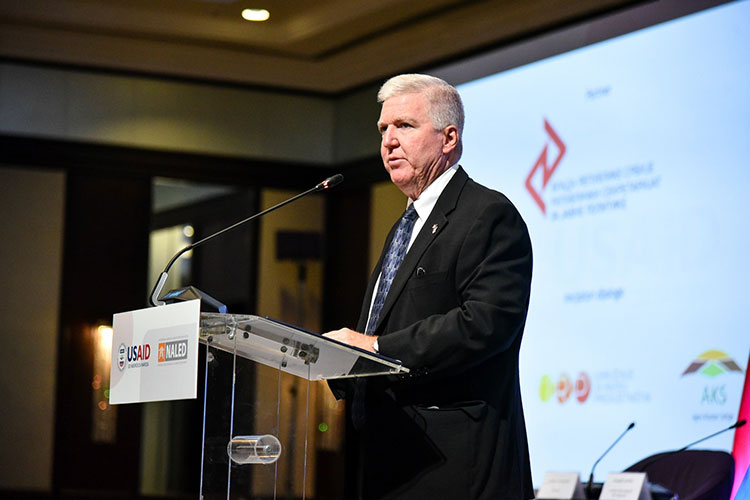 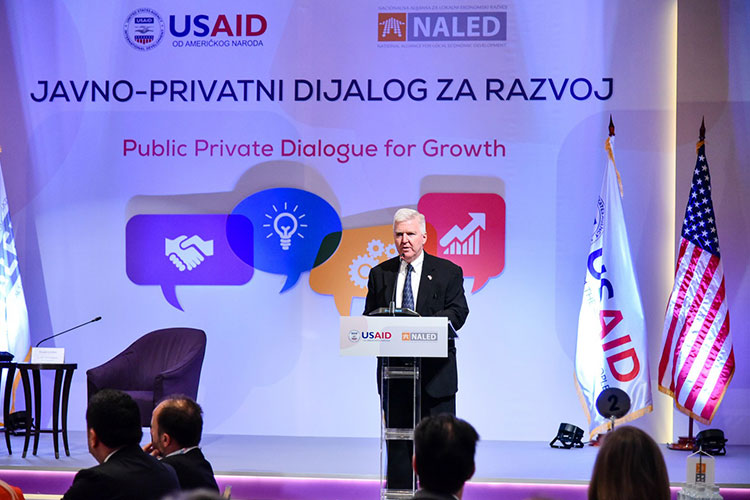 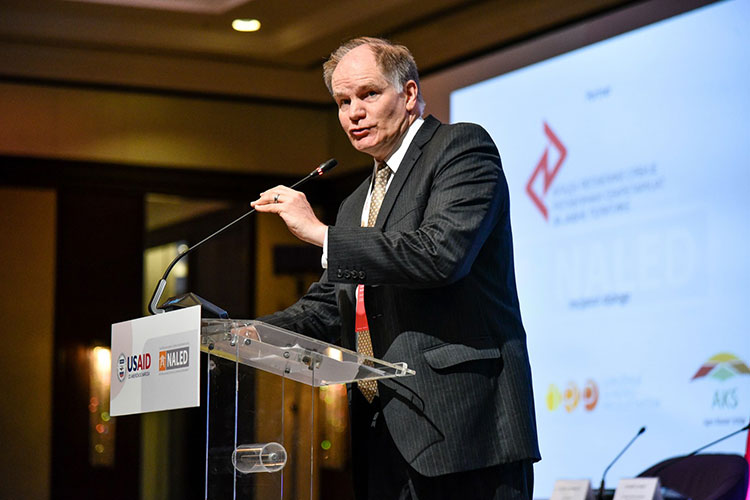 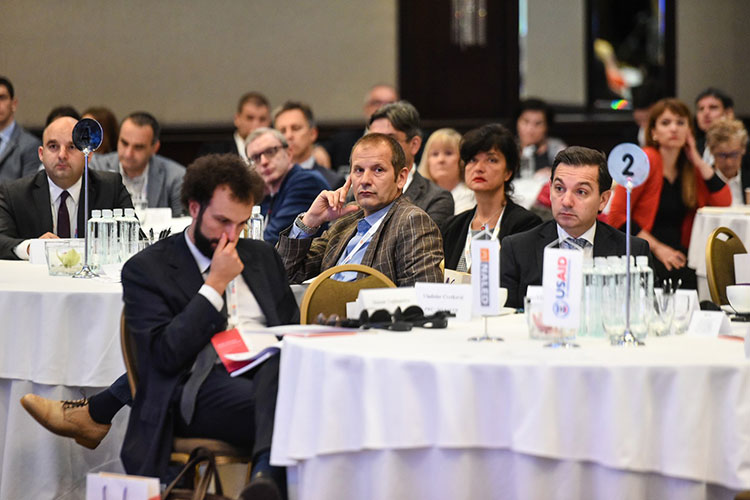 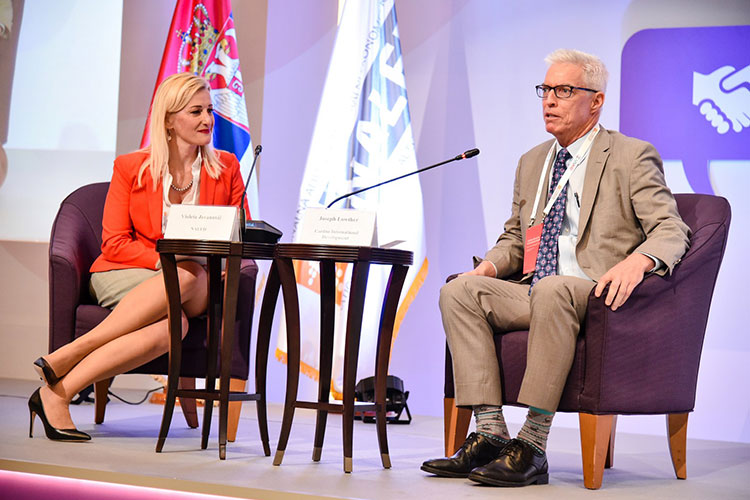 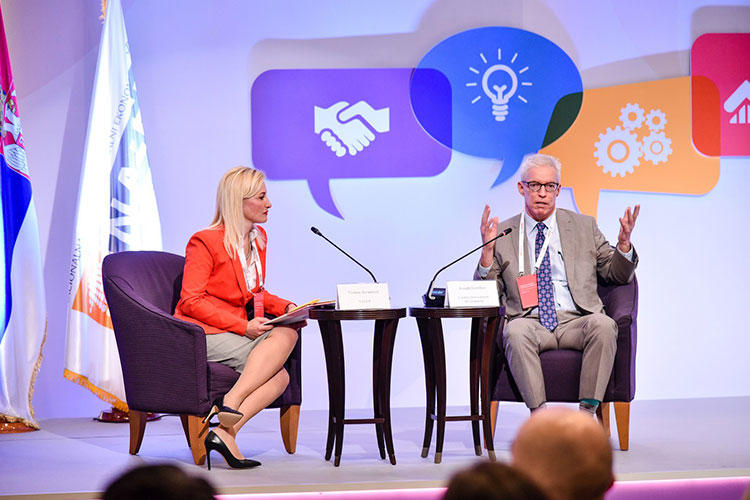 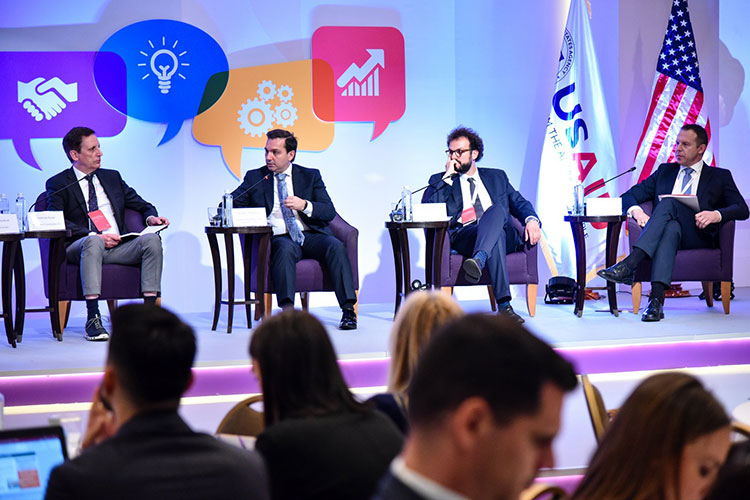 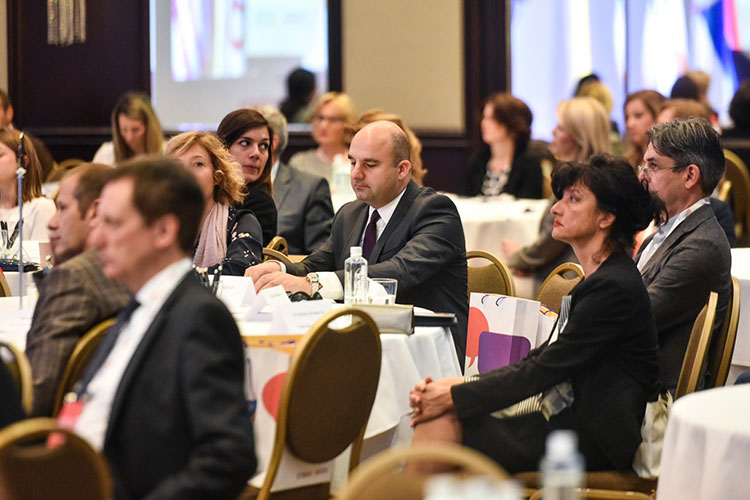 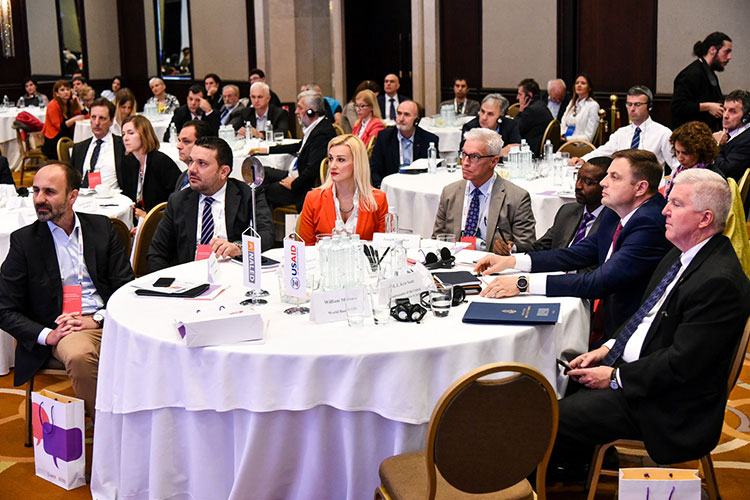 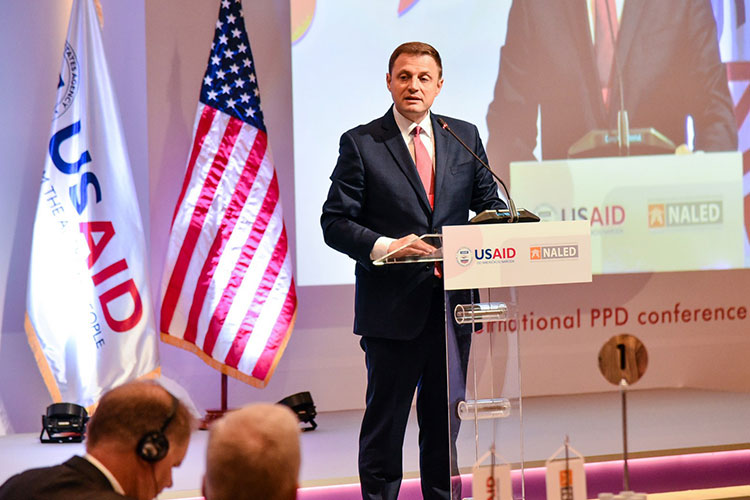 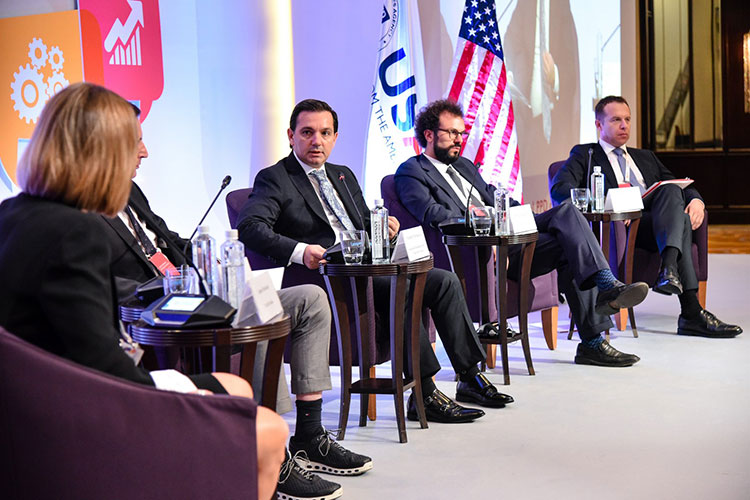 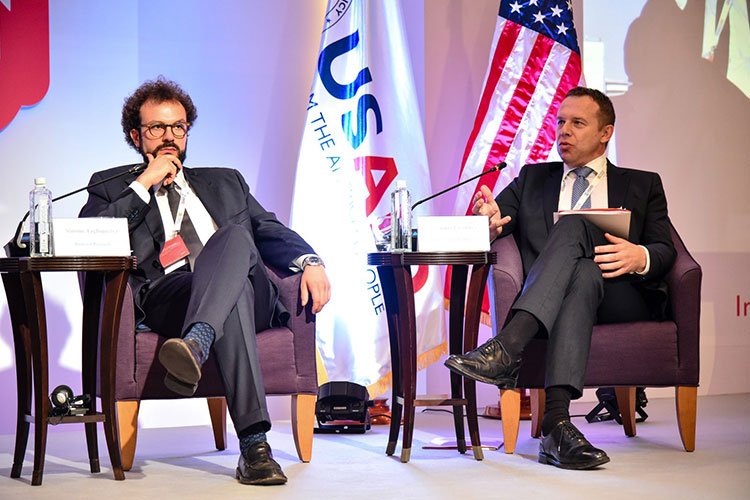 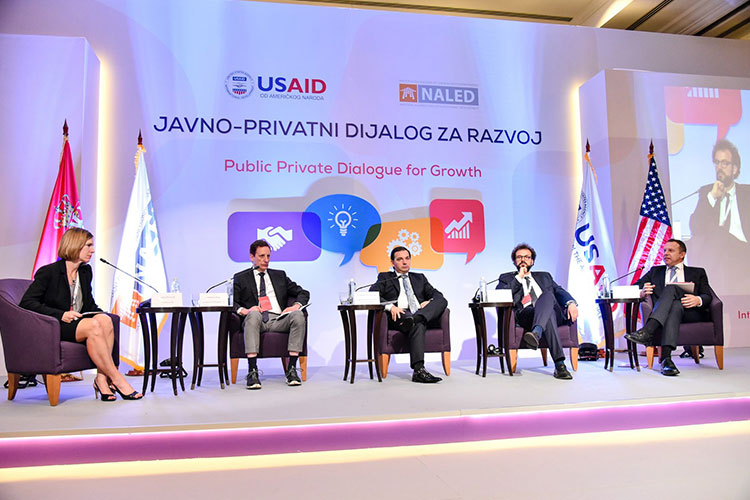 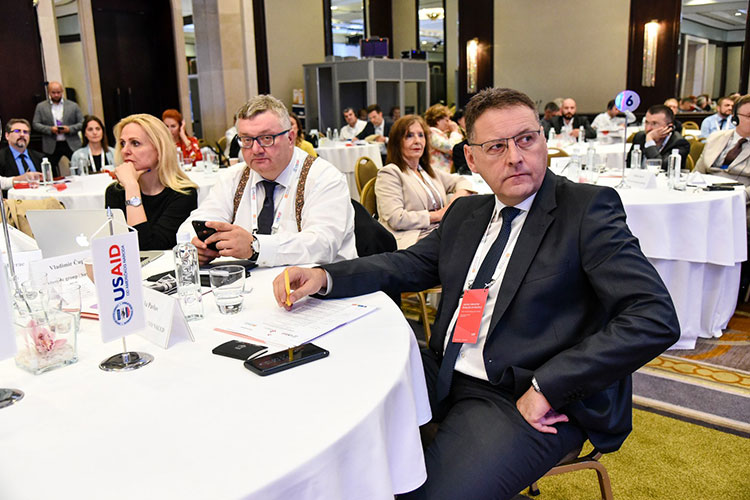 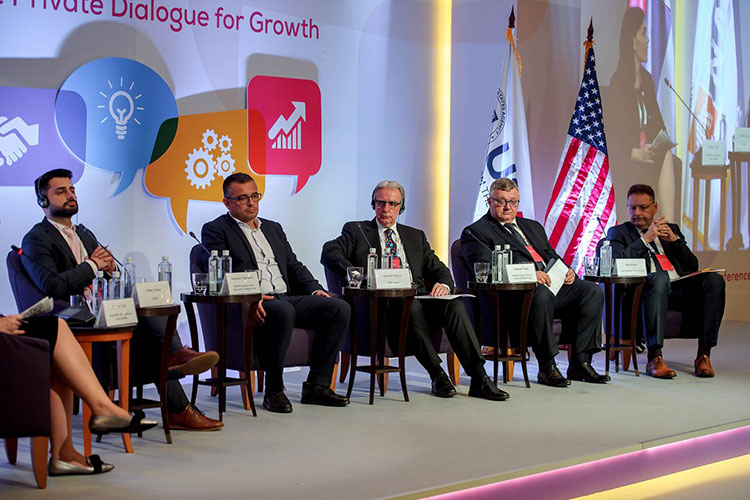