By improving the Registry of Bidders, the Business Registers Agency can enable electronic registration and issuance of decisions, statements and certificates for bidders, as well as simpler access to registered data, which should facilitate this procedure for businesses and other legal entities.

Electronic registration in the Registry of Bidders starts on 1 January

Starting January 1, all businesses will be able to register in the Registry of Bidders in the Business Registers Agency (BRA) entirely electronically, with significant savings of time and money, as they will no longer have to collect all certificates personally from different counters. The registration will make it easier for bidders to participate in tenders, for clients to check the companies they would conclude a contract with, and for institutions to better analyze the state of the public procurement system and further improve it based on the available data.

This was announced today at a press briefing at the Business Registers Agency, and it was pointed out that a total of 14,585 legal entities were registered in the registry in 2022, and according to NALED's research, about 60% of bidders are outside this record. The improvement of the registry is part of the project "Effective public procurement in the service of economic growth", financed by the Swedish Agency for International Development and Cooperation (Sida), and implemented by NALED.

- By improving the Registry of Bidders, the Business Registers Agency can enable electronic registration and issuance of decisions, statements and certificates for bidders, as well as simpler access to registered data, which should facilitate this procedure for businesses and other legal entities. I am sure that the introduced novelties regarding the registration and management of the registry of bidders, along with the existence of the ePortal for public procurement, will ensure a higher level of legal security and transparency and this will encourage bidders to register in greater numbers and participate in public procurement procedures - said the BRA Director Milan Lučić.

According to the survey presented today by NALED, more than half of citizens positively evaluate the new public procurement system. The number of those who are aware of the fact that procurement has moved to a digital environment has more than doubled compared to 2021, and as many as 64% of citizens believe that the new solution has improved efficiency and transparency, while in 2021, 47% of the population thought the same.

- However, there are still segments that need to be improved, namely competition and the need to increase the number of offers in tenders, which are now an average of 2.5 per tender, as well as encouraging the purchasing parties to prioritize the quality criterion over the lowest price, which is now represented at a rate of 95%. In addition, the results regarding the realized green and social public procurements show that these are still not widely present, while they are undoubtedly an effective tool for supporting environmental protection and sensitive groups - pointed out NALED Executive Director Violeta Jovanović.

The Program Director of Transparency Serbia, Nemanja Nenadić, in reviewing the presented results, pointed out that in the coming period, the priority is to reduce the mistrust of bidders and create the conditions for a greater number of companies to challenge those procurements that are suspected of being rigged.

- The research showed that more people know about procurement now, than it was the case a year ago, which is a good sign that we are having more talks about this topic. This means that there is potential for change, and citizens can help improve the system. If they were asked more about what the state money should be spent on, they would follow the topic more and participate more actively in the public procurement system. The potential exists, we are waiting for a clearer signal from the state authorities that all irregularities pointed out by bidders and citizens will be investigated - Nenadić concluded.

The meeting also presented the mobile application of the ePortal for public procurement, which is available on the Google Store, and through notifications it helps bidders react faster and not miss deadlines when asking questions, submitting bids, requests for the protection of rights, etc. Tha participants were also presented with an e-learning platform available at lppp.rs, where bidders and purchasers have the opportunity to become better acquainted with the procurement system, through regulations, opinions, guidelines and manuals. The content is divided into nine modules, and at the end of each area there is a test for those who want to check their knowledge. 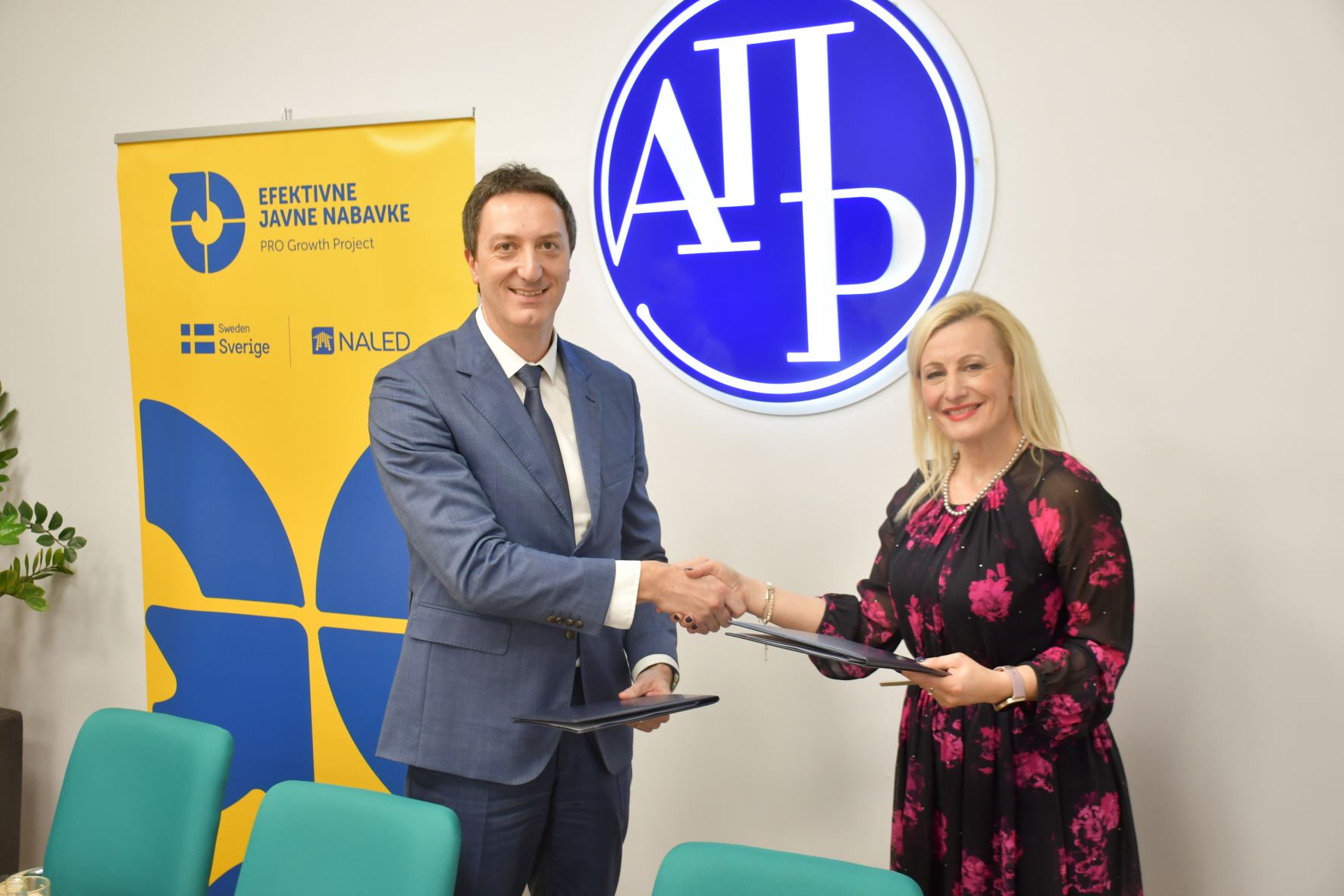 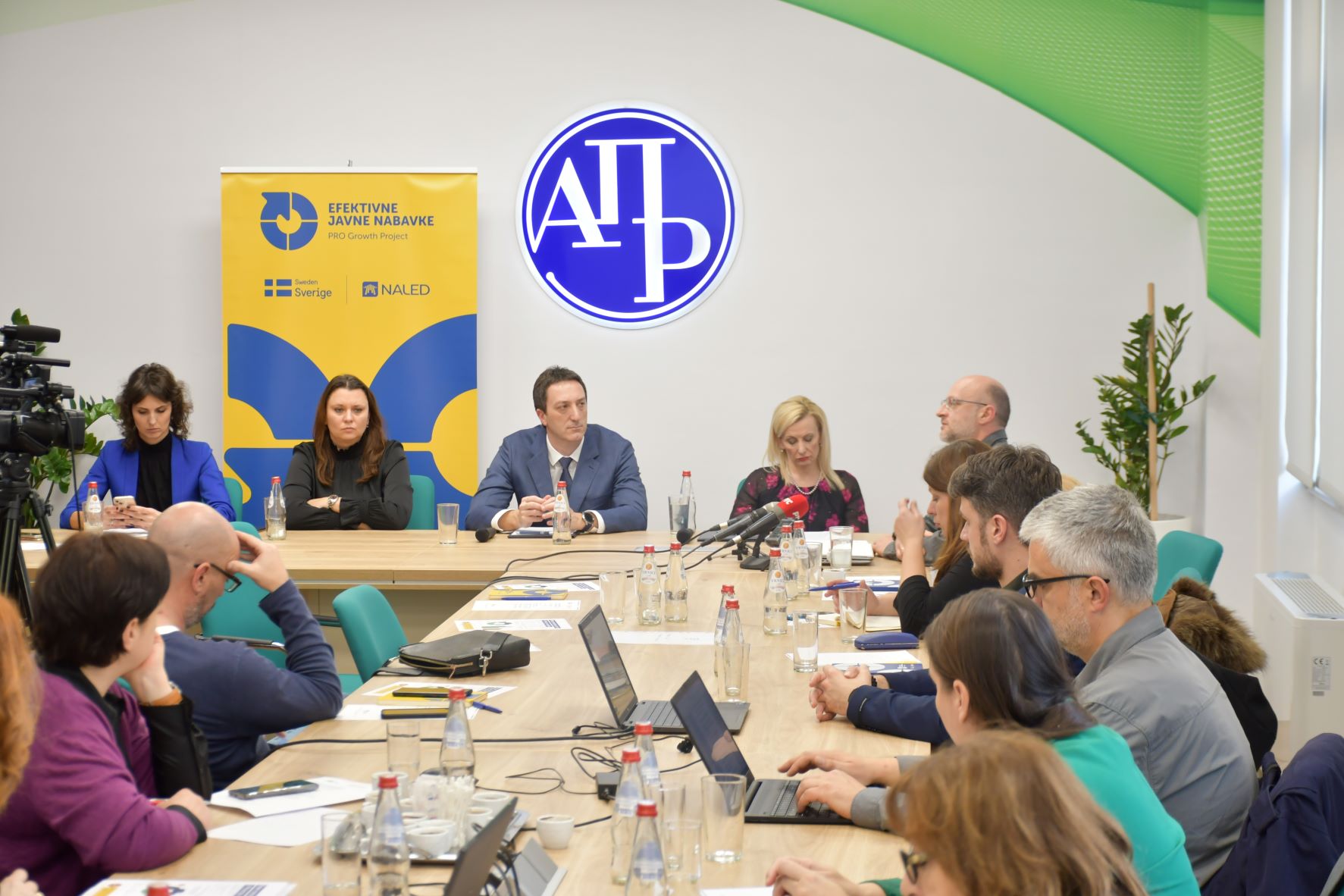 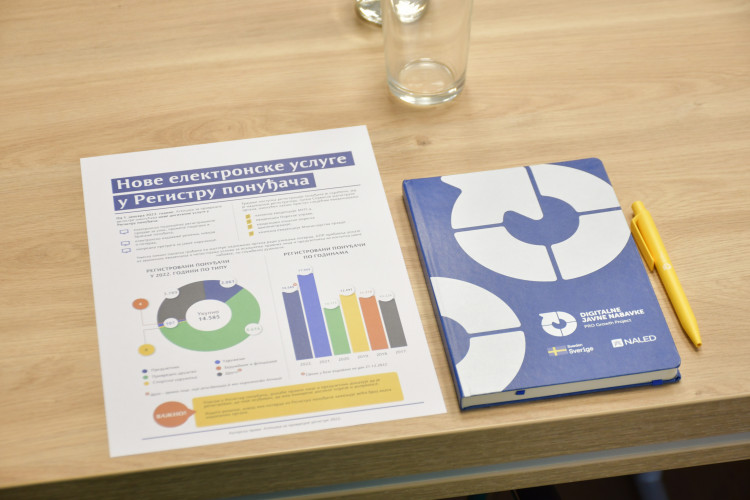 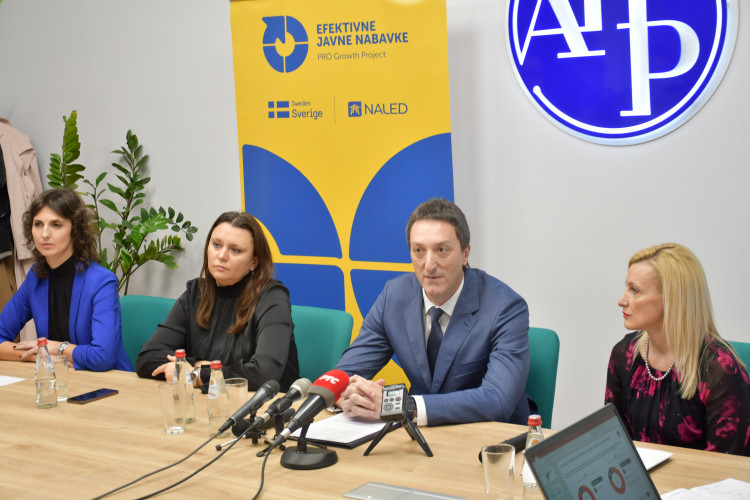 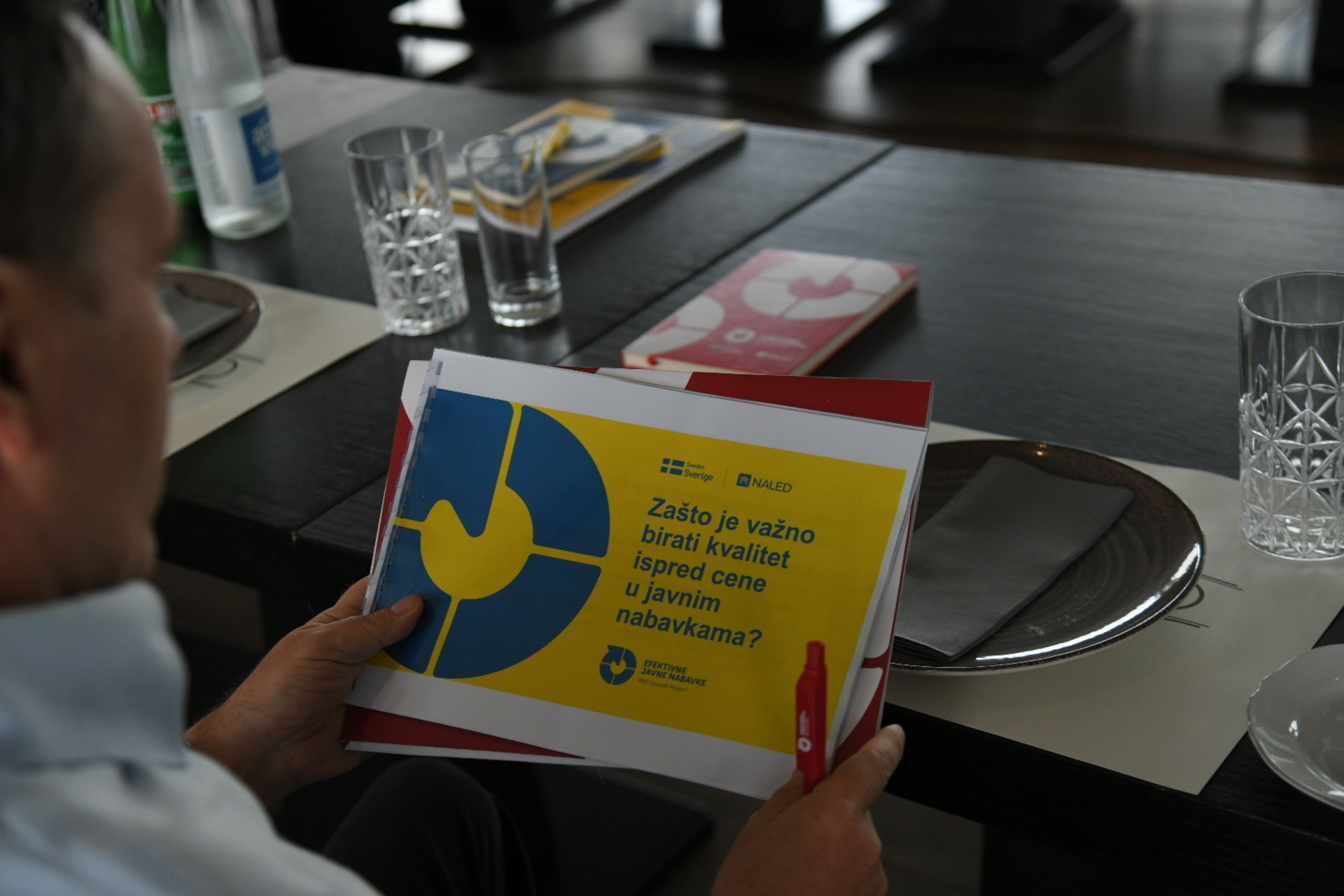 Electronic public procurement has improved the transparency of procedures, a new portal was launched on which 1,930 new purchasers and...Read more 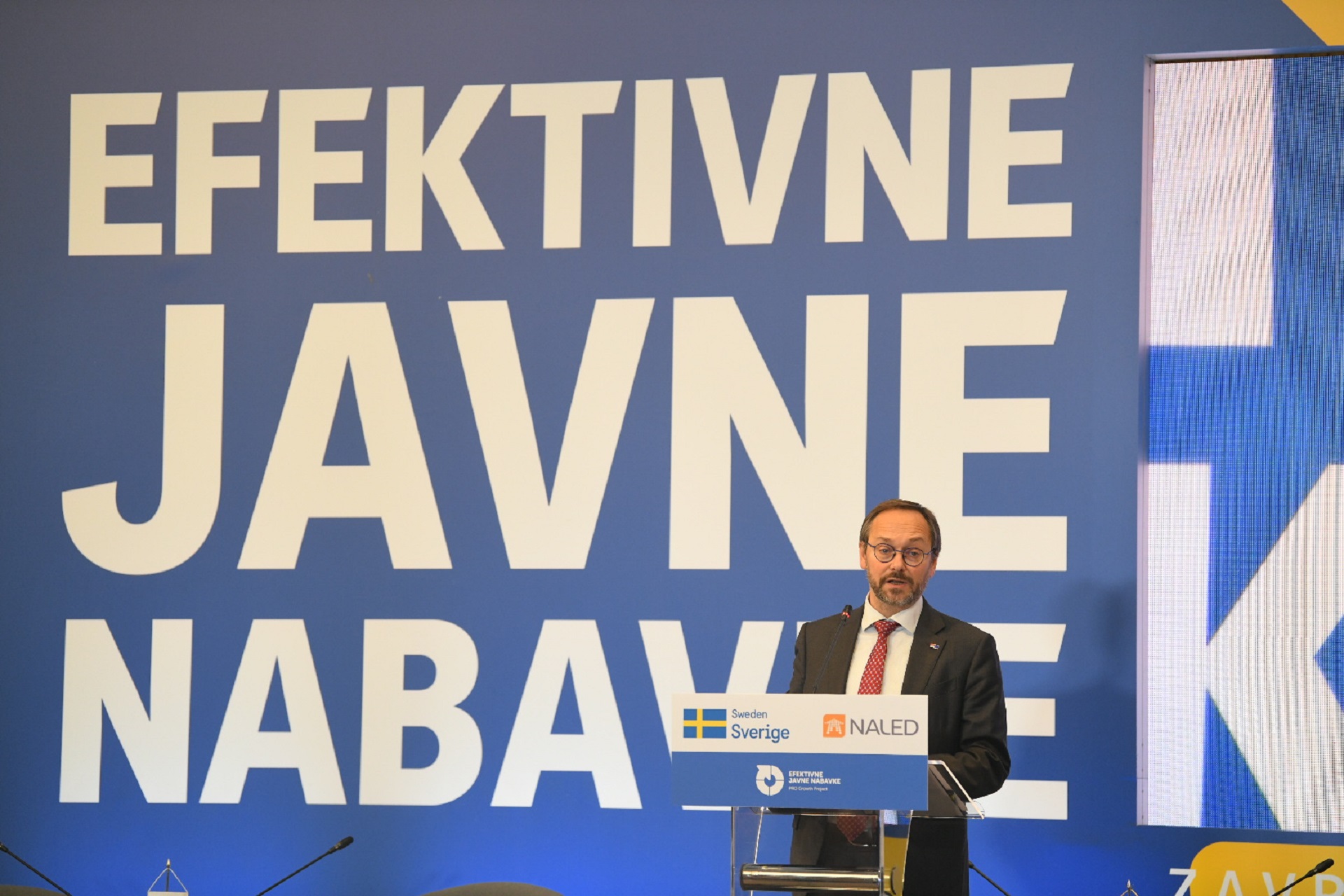 Citizens prefer quality over price, while purchasers go for cheapest options in in 95% procurements

Healthcare is a priority area in which Serbian citizens would invest the most money through public procurement, followed by education, infrastructure and environment protection. Also, as many as 69% of citizens believe that priority should be given to quality, not price, in public procurement. 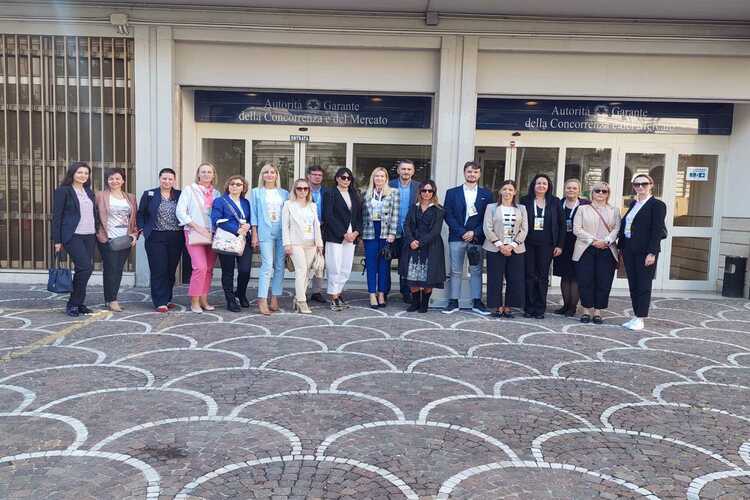 Study tour to Rome: Exchanging knowledge and experience in the field of public procurement

Improving knowledge on the application of criteria of most economic bid,...Read more