The competition involved 60 local governments, and during a period of six months, their citizens have used cashless methods to pay 13,500 fees, charges and taxes, reaching the amount of more than 20 million dinars. This way they saved up to 500 days in visiting the banks and post offices and bringing back the proof of payment to city administration.

The Municipality of Priboj has won the first place in the competition “Cashless Payments Champions” and together with its citizens who used their cards to pay fees, charges and taxes at the local government counters, it won a children playground worth 20,000 euros, it was announced at the award ceremony held on 23 January in the National Parliament.

Under the slogan "Pay with a Card to Win", the competition involved 60 local governments, and during a period of six months, their citizens have used cashless methods to pay 13,500 fees, charges and taxes, reaching the amount of more than 20 million dinars. This way they saved up to 500 days in visiting the banks and post offices and bringing back the proof of payment to city administration.

The competition was organized by the Office for IT and eGovernment in cooperation with NALED and with the support of companies Mastercard and Visa. The second and third place went to Crna Trava and Irig respectively, followed by Sombor, Vranje, Pančevo, Šabac, Novi Sad, Žabalj and Leskovac. The top five local governments also earned the opportunity of free development of the "At citizens' service" web portal, in line with the web standards of the Government of Serbia.

- We found it very important that other local governments also acknowledged the benefits of setting up POS terminals on their counters, and we already have around 400 POS terminals installed in more than 100 cities and municipalities, and it is expected that all local governments will have POS terminals by the end of April - said the Director of the Office for IT and eGovernment Mihajlo Jovanović, who presented the awards to winning cities and municipalities, in the presence of the Minister of Public Administration and Local Government Branko Ružić.

According to him, the establishment of the Office for IT and eGovernment during the Government term led by Ana Brnabić as the Prime Minister, has resulted in enabling electronic payment of administrative fees, charges and taxes at the eGovernment portal (euprava.gov.rs), the local tax administration portal (lpa.gov.rs) and the Ministry of Justice web portal (rnk.sipres.sud.rs), while also ensuring infrastructure in terms of POS terminals for all counters in local administrations, the Traffic Police Directorate and the Real Estate Cadaster offices across Serbia.

Goran Kovačević, Vice President of NALED Managing Board and Director of Gomex stressed that one of the goals of the National Program for Countering Shadow Economy, stipulating that at least 40% of local governments have POS terminals by the end of 2019, has been fulfilled within the competition, but noted that further work still awaits.

- Even though the registered number of POS terminals in Serbia was 90,000 at the end of last year, this is still 2.5 times less than in the EU. Now we need to introduce the same number of counters in state institutions as well. Another important step is the amendment of regulations. Once we finally eliminate the obligation of providing proof of payment - the well-known paper payment order - it will be easier for citizens to settle their liabilities electronically – said Kovačević.

- Mastercard strives to indicate the benefits of card payments and enable alternative payment methods for our users. We are proud that the long term cooperation between Mastercard and NALED has continued with this competition and the campaign for installing POS terminals in all municipalities, and we will maintain our focus of being a reliable partner for the modernization of the local market and communities – said the Director for Serbia, Montenegro and BiH Markets in Mastercard, Jelena Ristić.

- Visa is proud to support the campaign "Cashless Payment Champions" with the aim of raising awareness about the development of cashless society in Serbia. We believe it is important to inform the consumers and businesses about the benefits of digital payments, as it contributes to the overall economic welfare and growth. The development of cashless economy is strongly influenced by our joint efforts, as well as the support we have from the Government. Visa remains committed to this goal, striving to ease the payment process for citizens and businesses, by partnering with banks and using new technologies - said Ana Marković, Business Development Manager in Visa.

For citizens and businesses, cashless transactions mean lower payment costs, higher efficiency and security, while the state benefits from more transparent financial flows, more efficient tax collection and faster economic growth. It is estimated that cash payments, without any records or fiscal receipts, result in annual losses of up to 15% of the national budget, or 120 billion dinars. If everyone used a card or online payment methods, all this money could be invested into more quality infrastructure, education, healthcare, social care and pension, instead of the shadow economy flows.

Ružić: All administrative matters to be handled at a single spot
- The key for all changes we are introducing, in order to have a citizen and business-friendly administration, is the will and readiness to change things. Today we are awarding the local governments that showed the most willingness to introduce the option of cashless payments in their service centers. This is just one of the new services introduced with the public administration reform. The Ministry of Public Administration and Local Government keeps supporting the cities and municipalities in introducing a One-Stop-Shop Administrative Points, enabling citizens to handle all matters with public administration at a single spot. Within the Local Fund, this year we will launch a prize for cities and municipalities that stand out as best practice examples – said Minister Ružić. 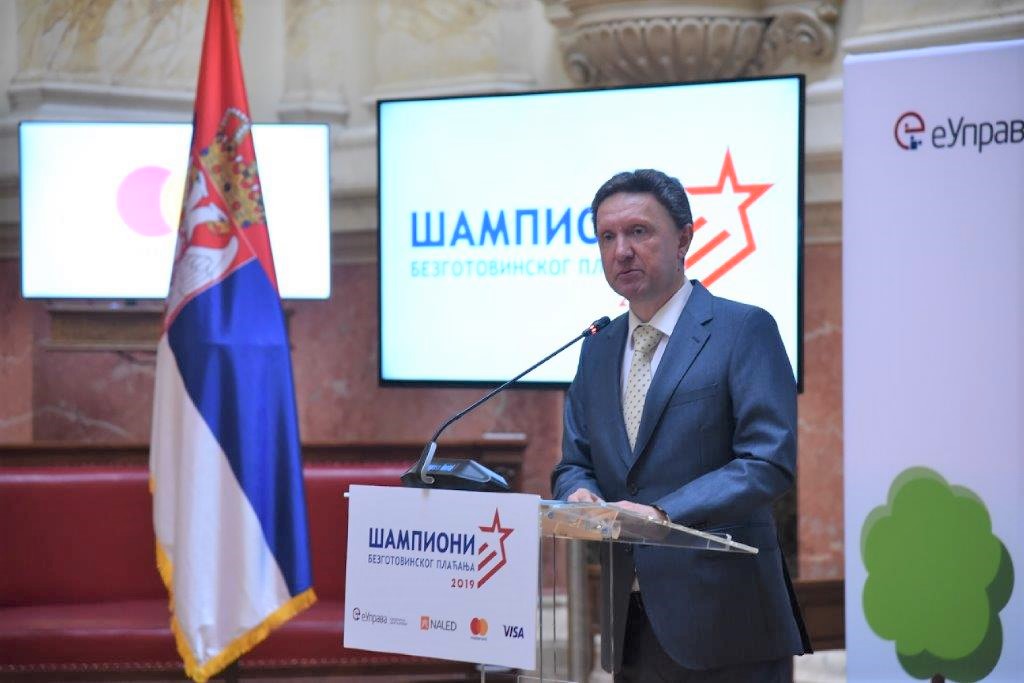 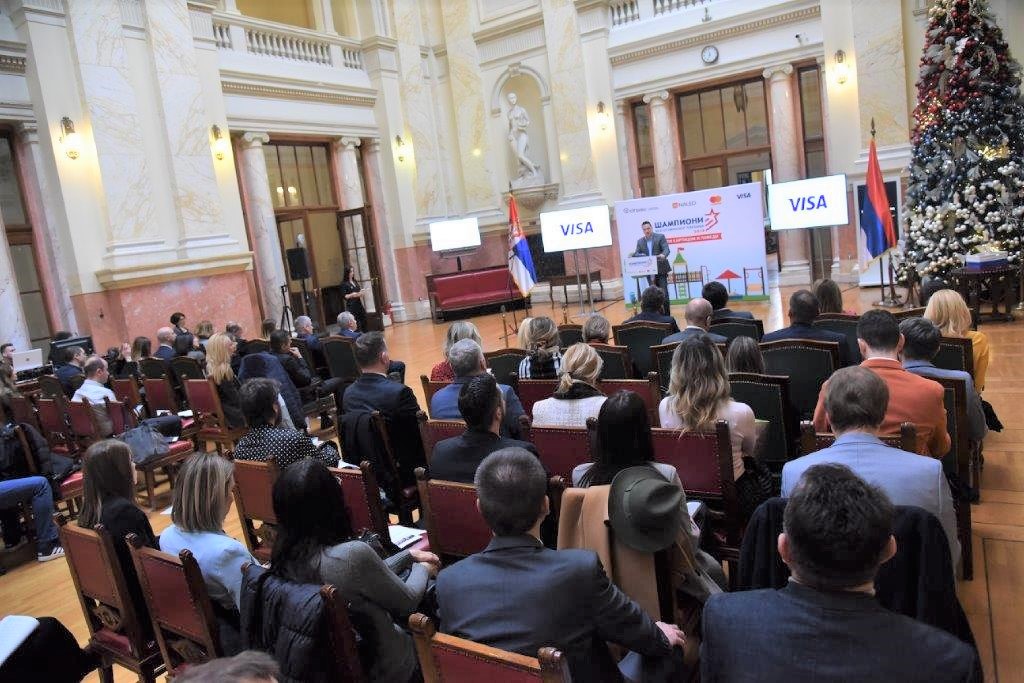 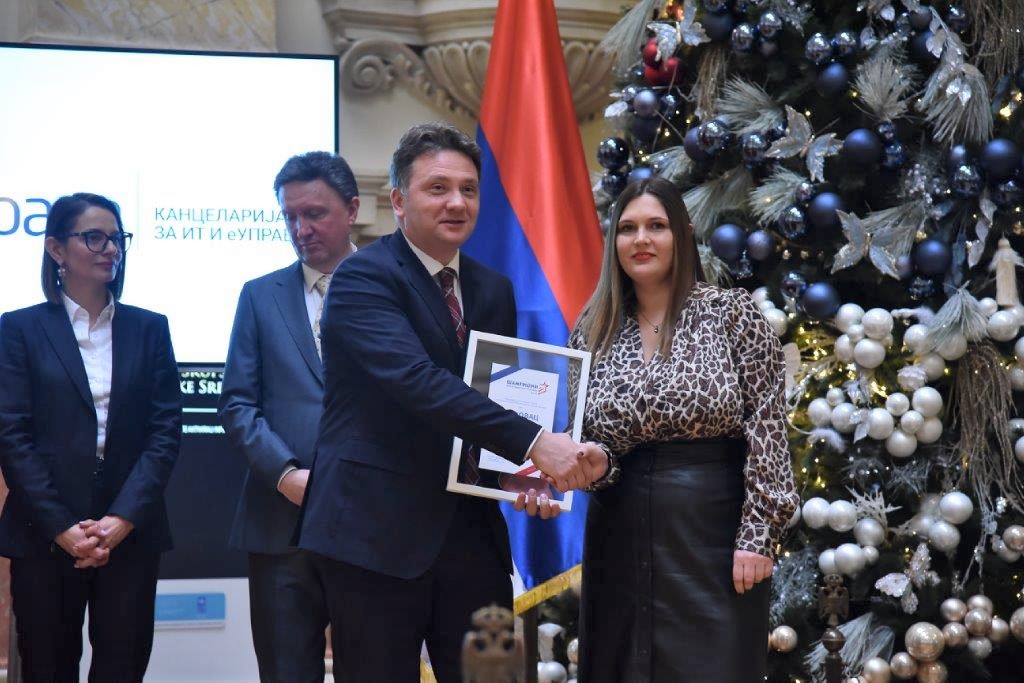 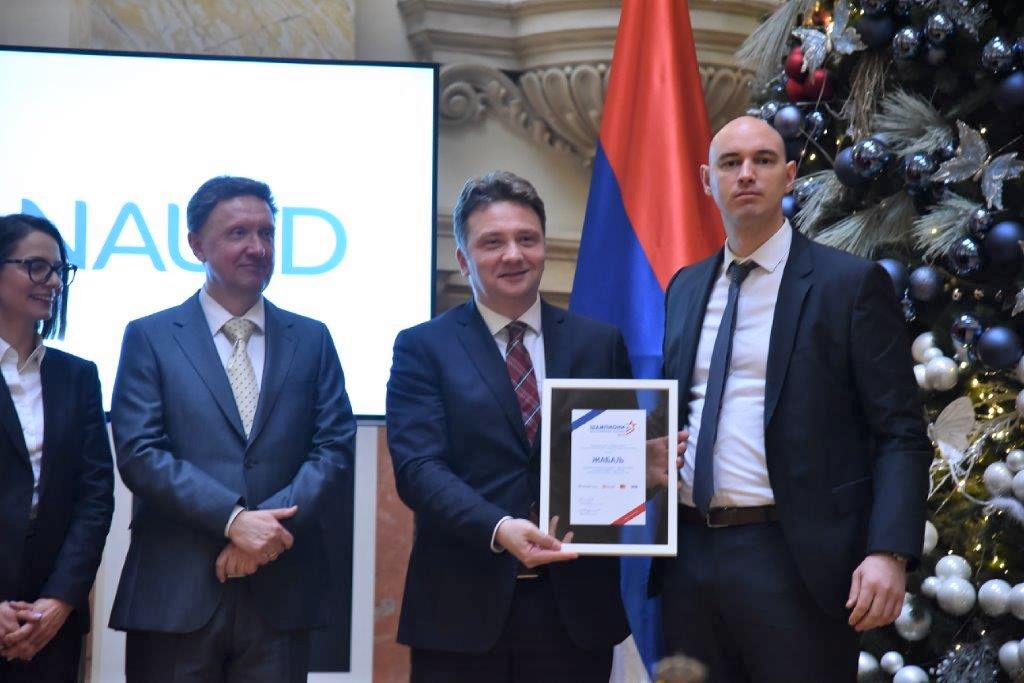 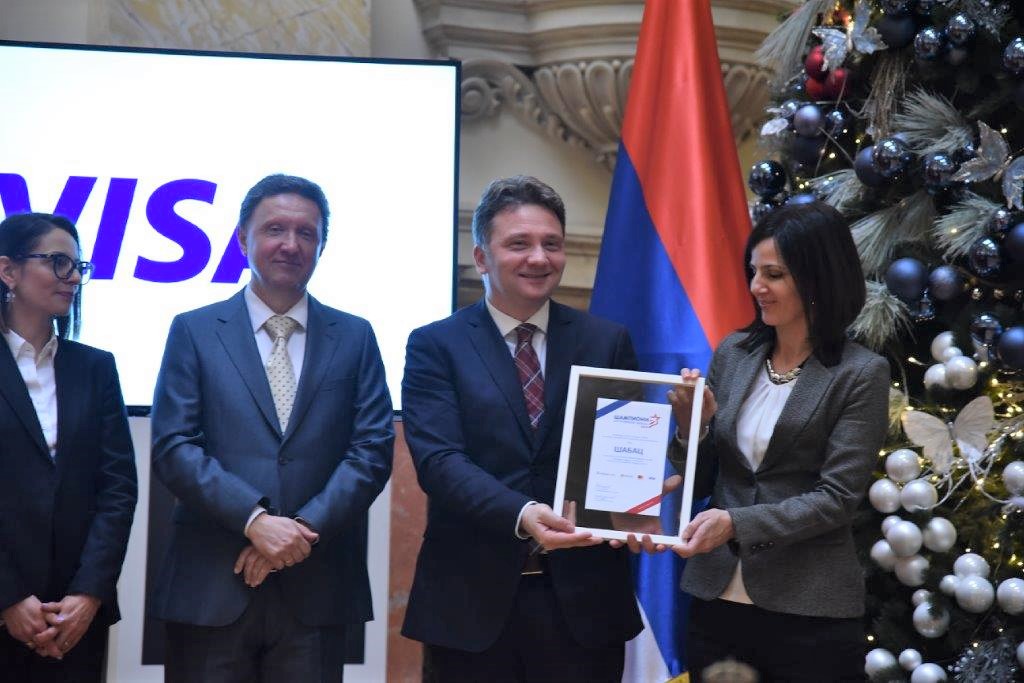 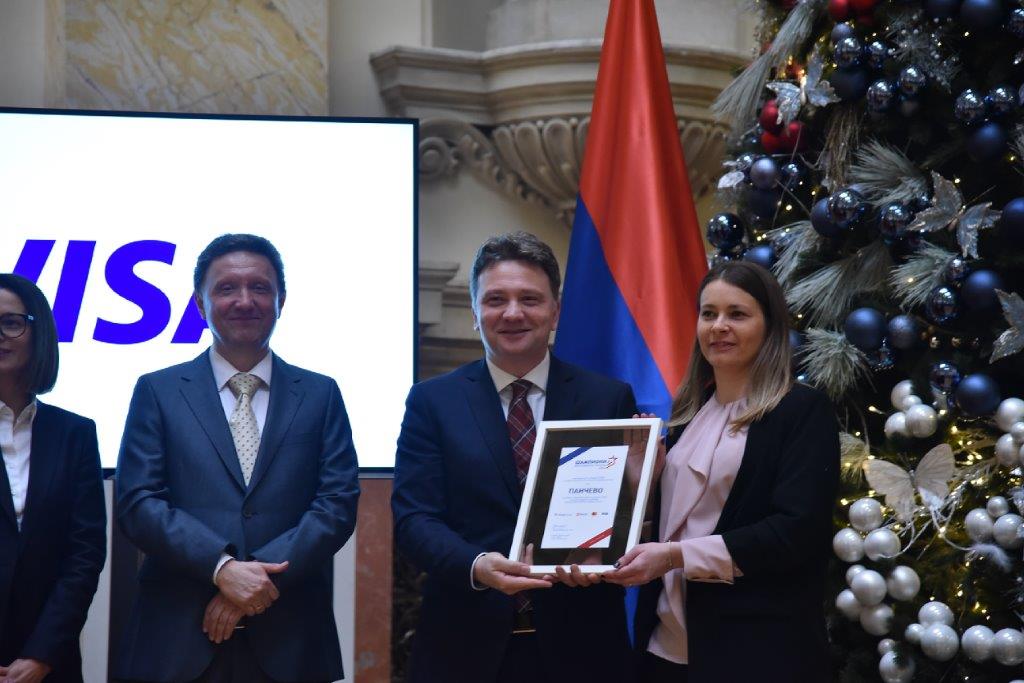 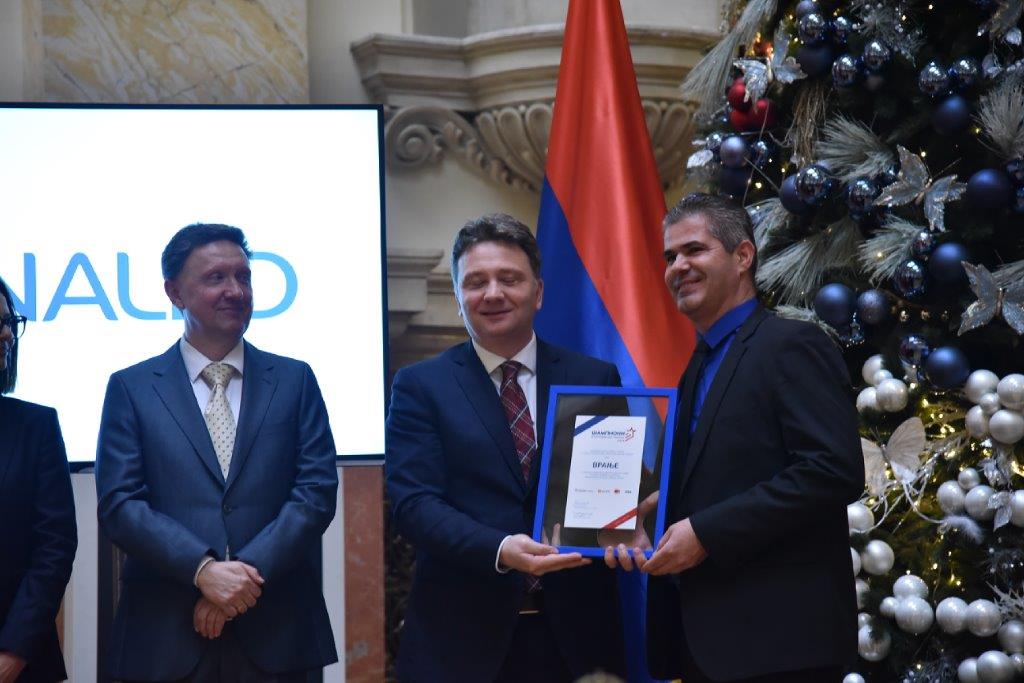 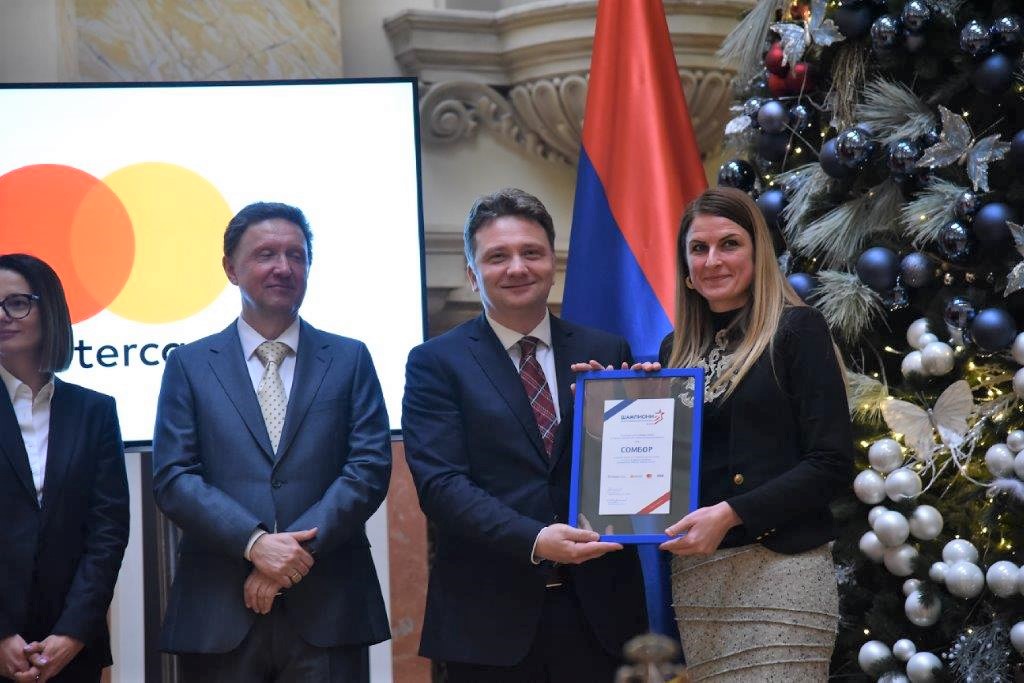 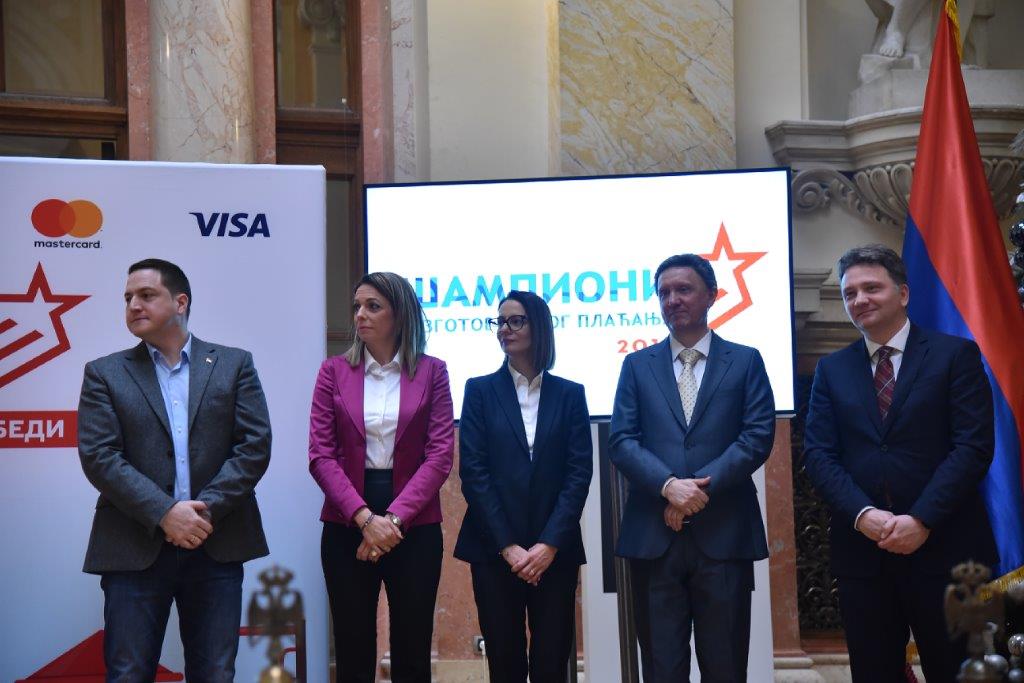 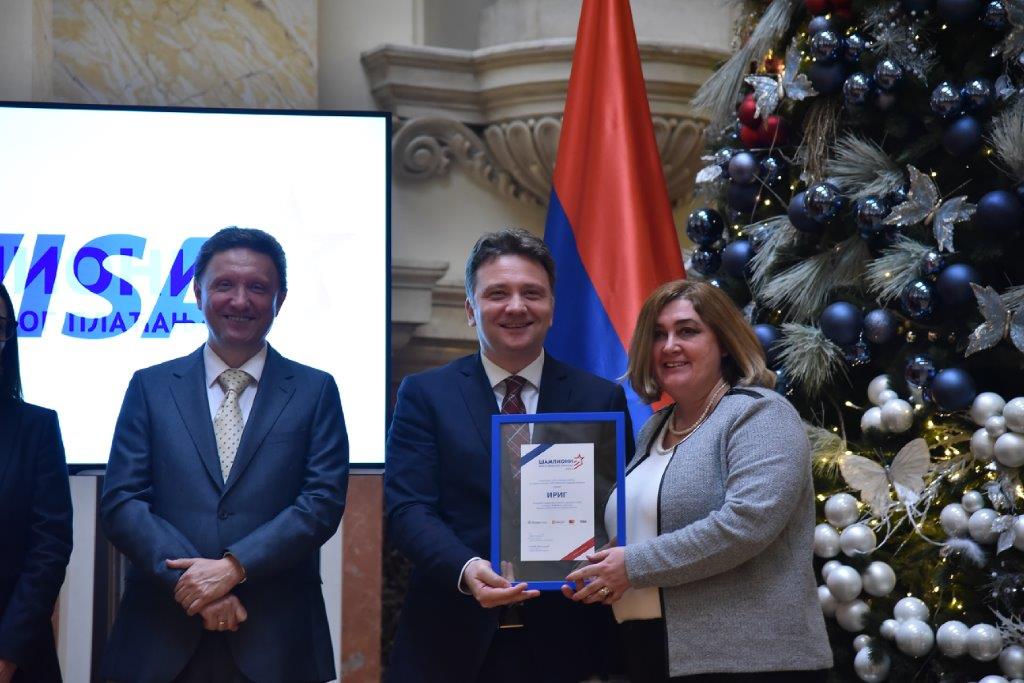 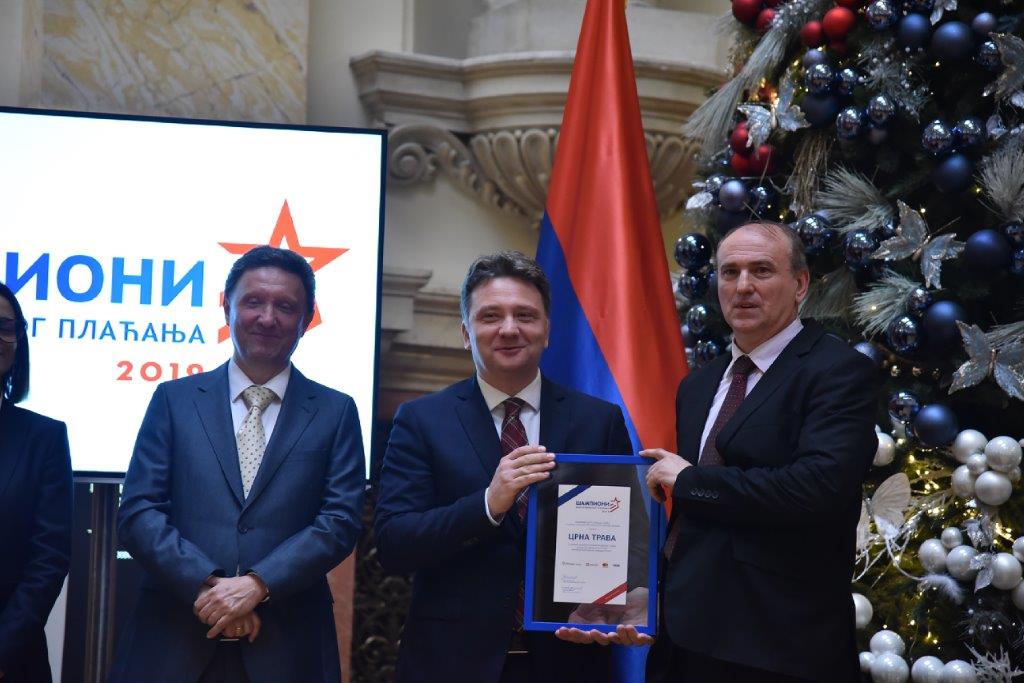 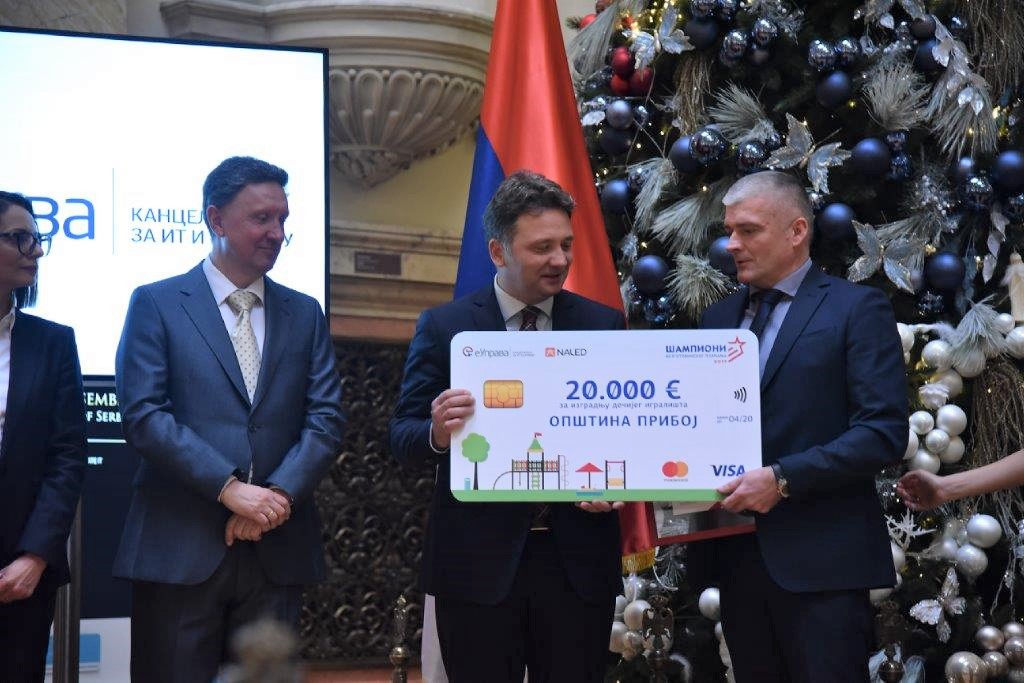 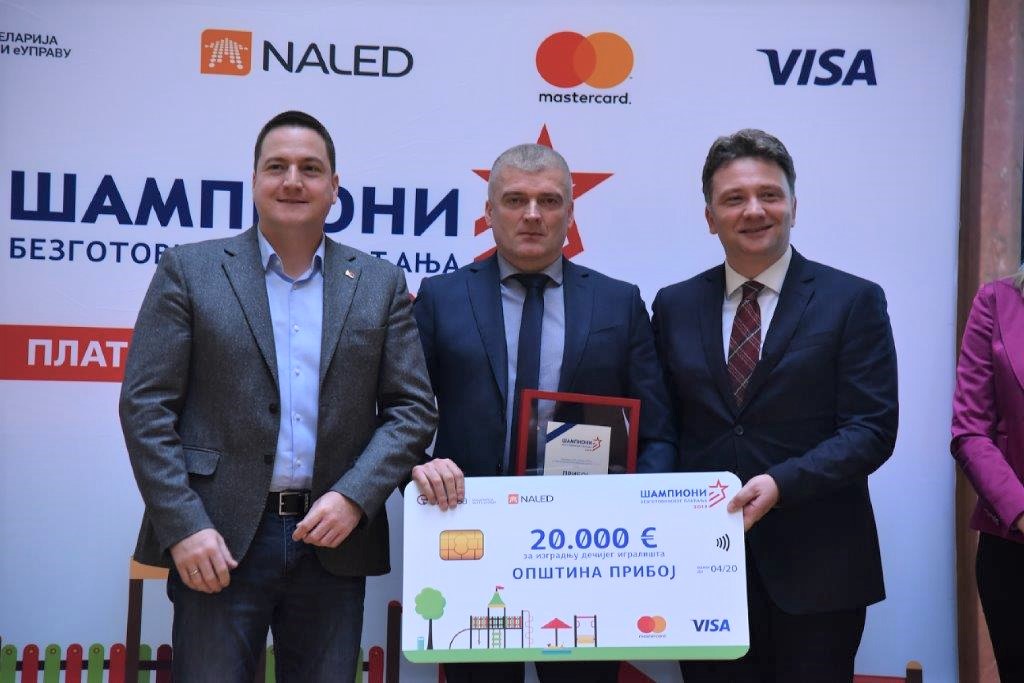 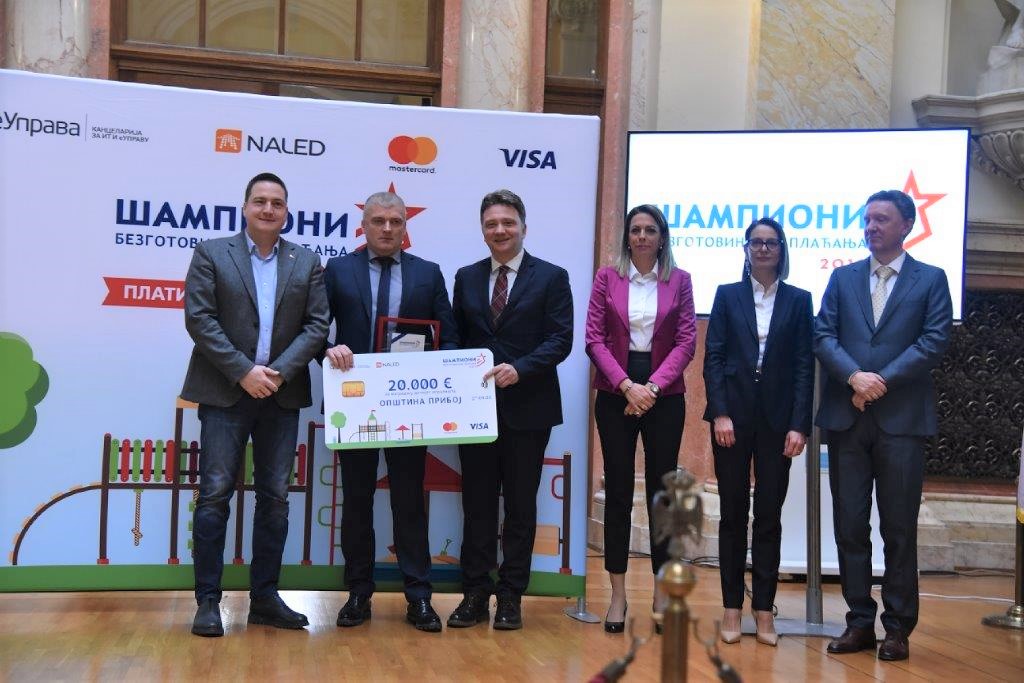 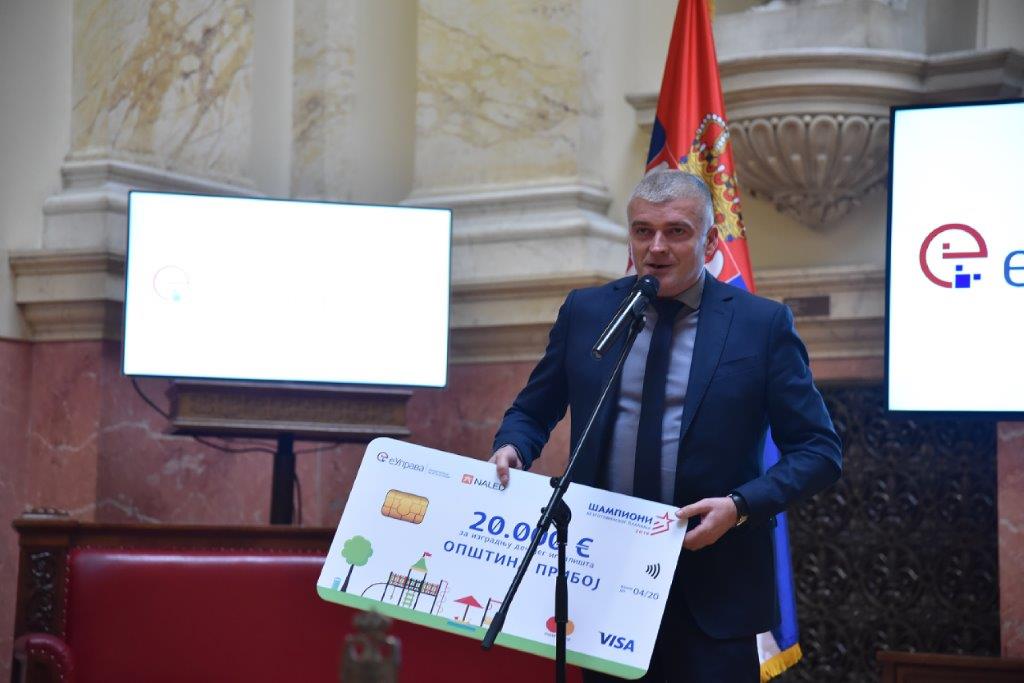 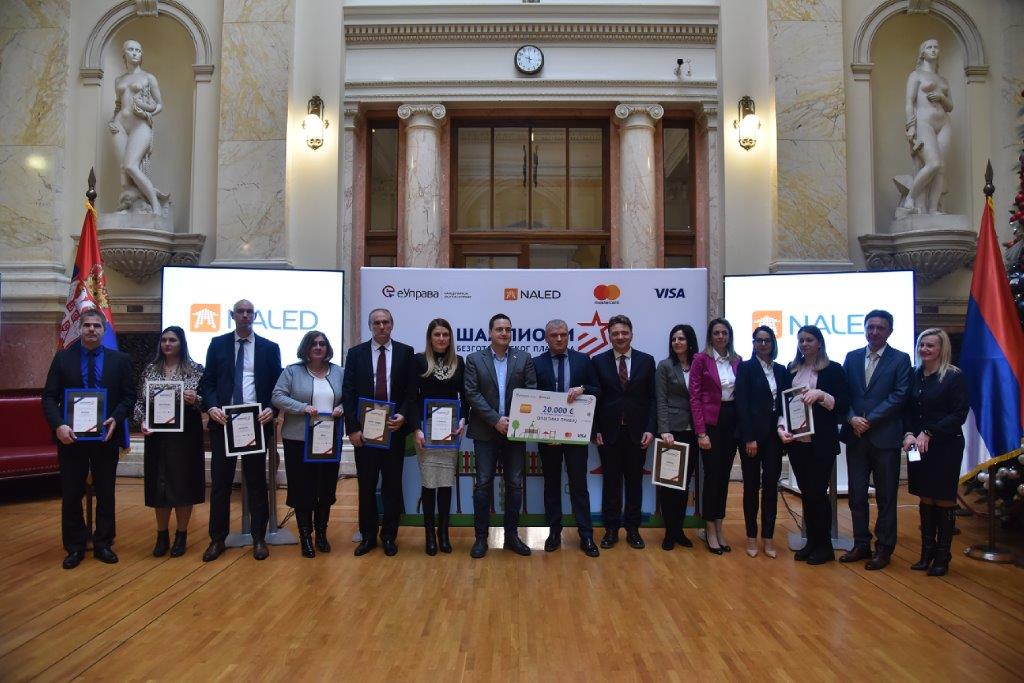 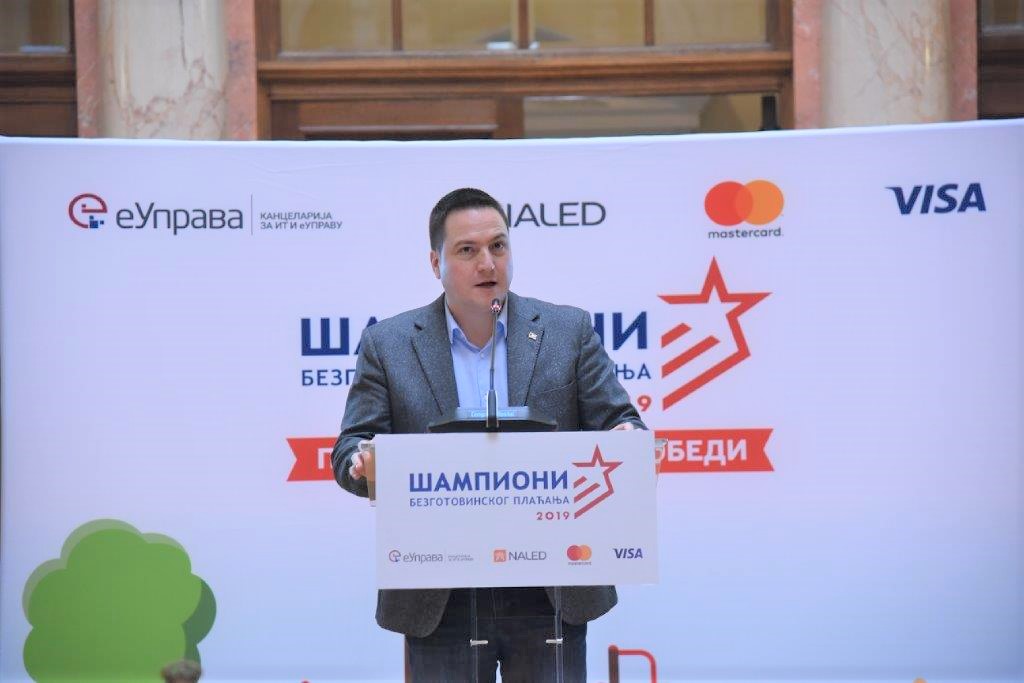 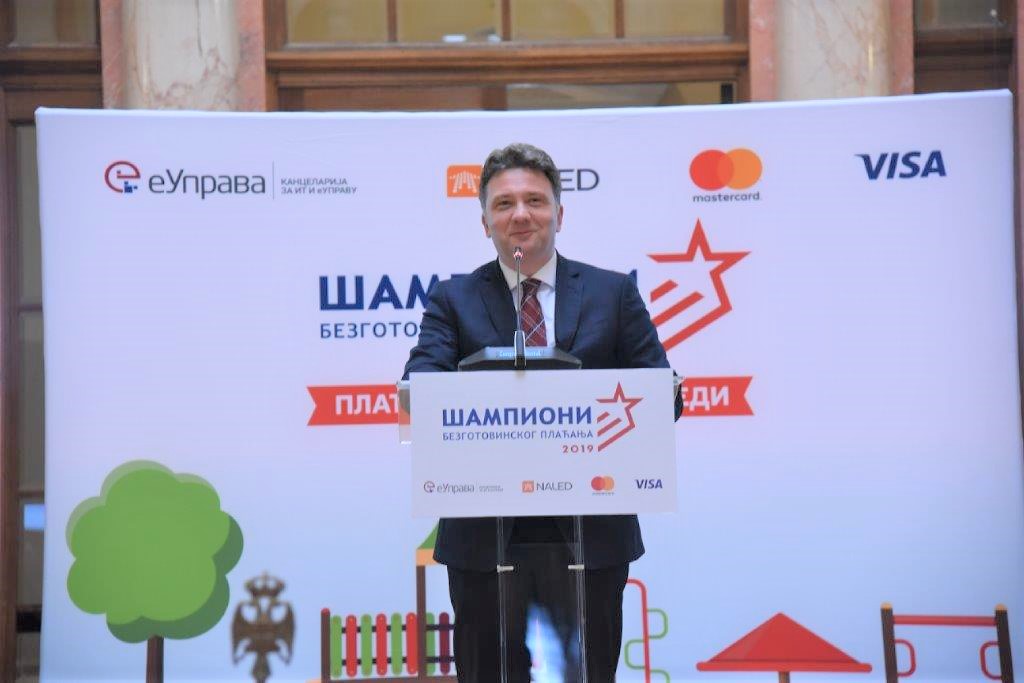 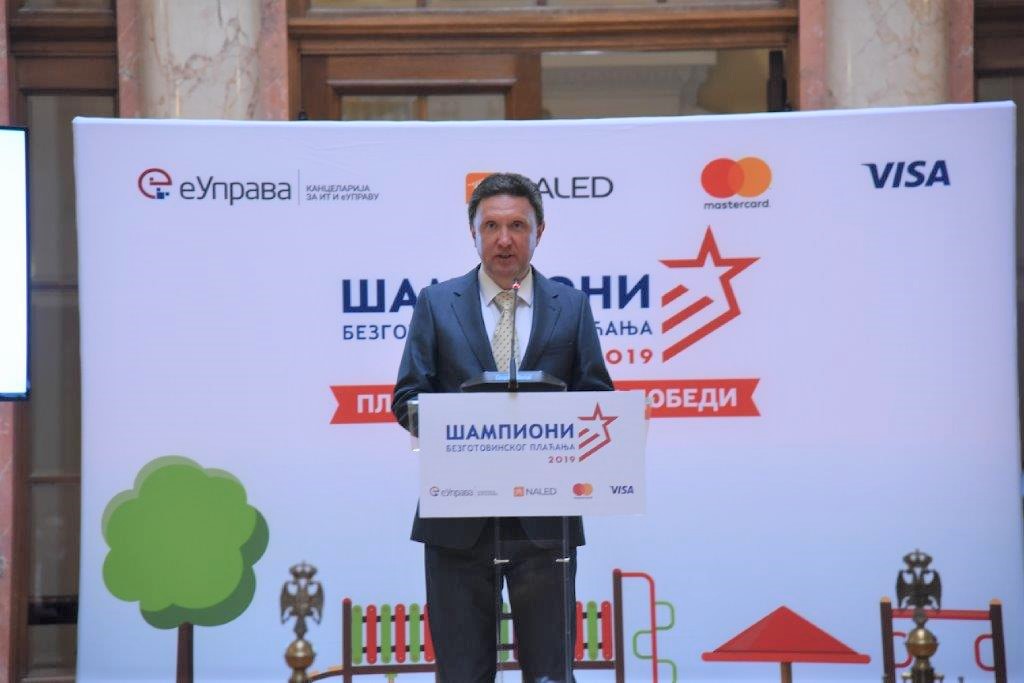 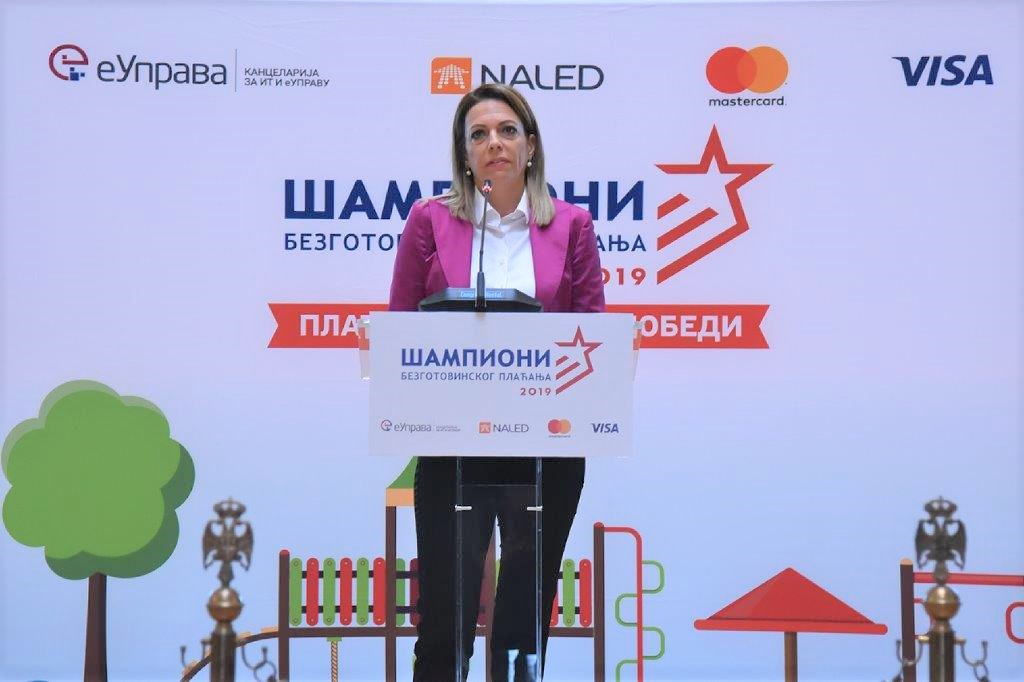 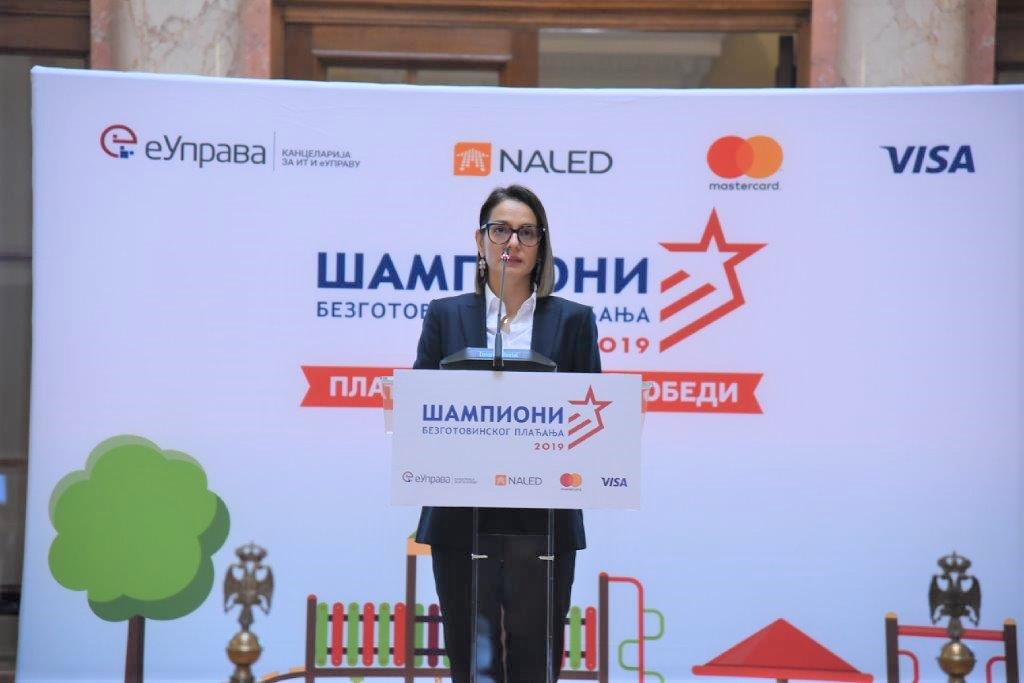