Roma men and women, people with disabilities, women victims of violence, single mothers, the long-term unemployed and people from other vulnerable groups would have a better chance of secure and legal employment if they maintained social assistance. Losing that right in the case of finding a job is one of the key reasons why they do not want to be registered and expose themselves to work engagement without any protection.

This was pointed out at the final conference of the project "Improving the living conditions of Roma men and women and other marginalized groups during the COVID-19 pandemic" at the Palace of Serbia, whose participants agreed to prepare amendments to the Law on Employment and Unemployment Insurance so as to remove this problem. It was also suggested to consider the possibility of defining active employment policy measures which would allow members of vulnerable groups to be hired by the civil sector, as well as to provide more funds for their engagement so that international donor programs would receive the same benefits as state budget-funded programs.

The project focused on Roma population as a particularly vulnerable category. There are about 150,000 Roma men and women living in Serbia, and they are primarily employed illegally, and just under 30,000 are on the records of the National Employment Service.

- The Employment Strategy 2021-2026 envisages inclusive measures to support the most vulnerable groups, including the Roma population. In 2022, we will allocate 5.65 billion dinars for this type of assistance for more than 20,000 people, of which 2,300 are people with disabilities, which is 1.3 billion more than last year. In addition, I would like to point out that for approximately 2,000 Roma men and women this year, we have provided subsidies for additional education and training, for self-employment, subsidies for people with disabilities and similar activities - said Darija Kisić Tepavčević, Minister of Labor, and added that there were almost 3,500 users of non-financial support.

The project was implemented by NALED and the Association of Coordinators for Roma Issues with the support of the Deutsche Gesellschaft für Internationale Zusammenarbeit (GIZ) GmbH. Due to low labor activation, poverty and exclusion of Roma and other vulnerable groups is a very pronounced problem and one of the first steps to be addressed may be public works.

-Social inclusion of all citizens, especially Roma and marginalized groups, is one of the most important goals to which the Government of Serbia is committed in the process of European integration, and in which it has the strong support of German development cooperation. Roma communities and other marginalized groups have been severely affected by the COVID-19 pandemic, which is why the German Federal Ministry for Economic Cooperation and Development (BMZ) has allocated additional funds in 2020 and 2021 through the program "Inclusion of Roma and other marginalized groups in Serbia" in response to some of the most urgent needs of the most endangered citizens - said Christian Schilling, Head of Development Cooperation department of the German Embassy.

One of the key components of the project was the "Together for the Community" program, modeled on the German model of public works. The program enabled 240 Roma men and women from other vulnerable categories in six local governments to find their way to temporary employment.

- Along with the opportunity for a job, the participants were given the chance to train for a certain profession and gain knowledge for active job search that will make them more competitive on the labor market. For more than half of them, this was their first work experience, and all of them were satisfied with their participation and expressed their desire to continue the program - said Violeta Jovanović, NALED Executive Director, adding that 30 employers participated in the program - 17 from civil society, seven public companies, the Red Cross, health facilities and private companies.

In the ceremonial part of the conference, awards were presented to the cities of Subotica, Krusevac, Pirot, Vranje and Kragujevac, as well as the municipality of Aleksinac, for their great contribution to the successful implementation of the "Together for Community" program and encouraging local employers to hire people from marginalized groups.

In cooperation with the Institute of Public Health of Serbia "Dr Milan Jovanović Batut", the project partners realized health workshops in 54 substandard Roma settlements across the country, where they pointed out to citizens the importance of prevention, vaccination and protection against COVID-19 virus. Also, together with the Sector for Emergency Situations of the Ministry of the Interior of Serbia, recommendations were made for better representation and integration of marginalized groups in the protection and rescue system. 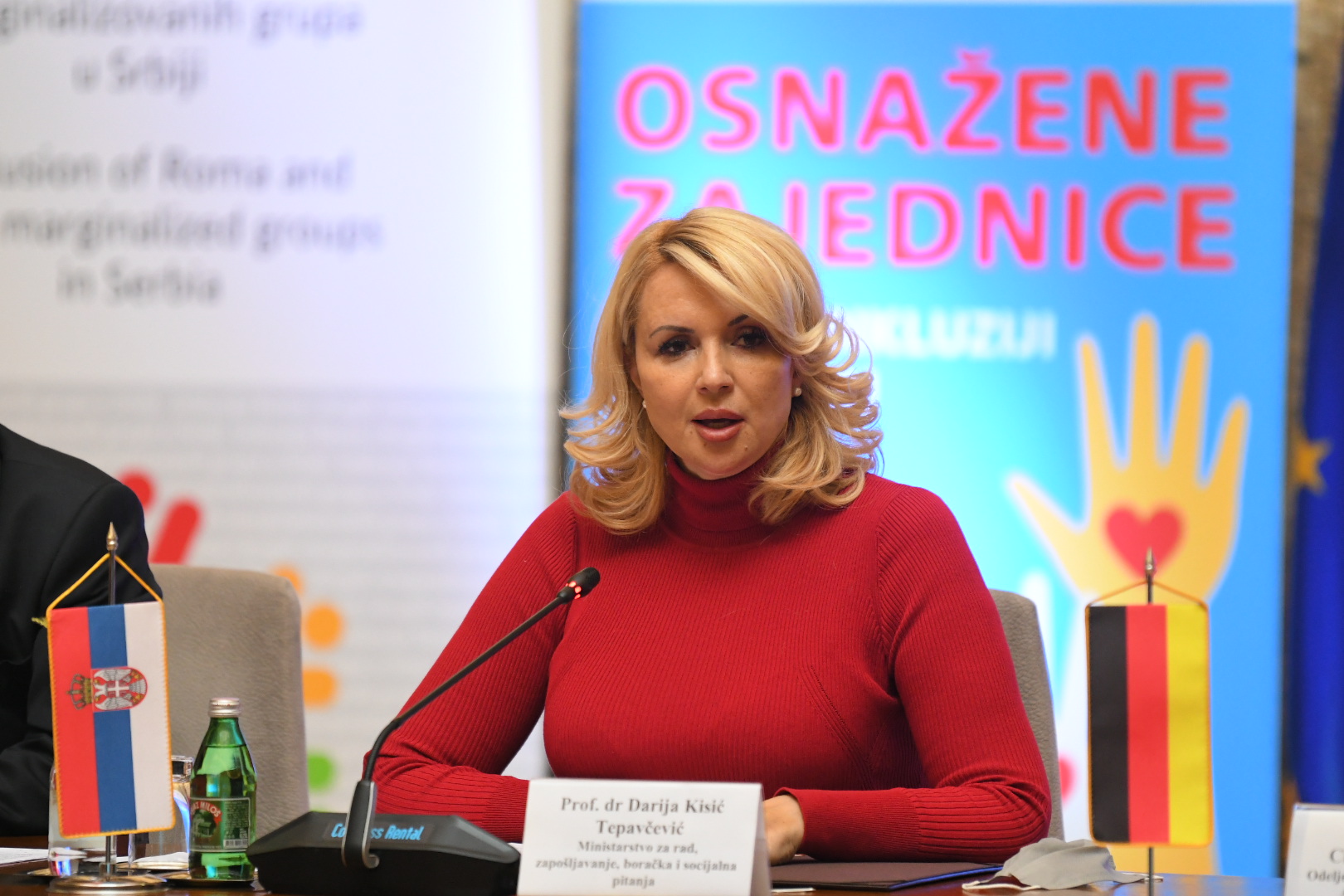 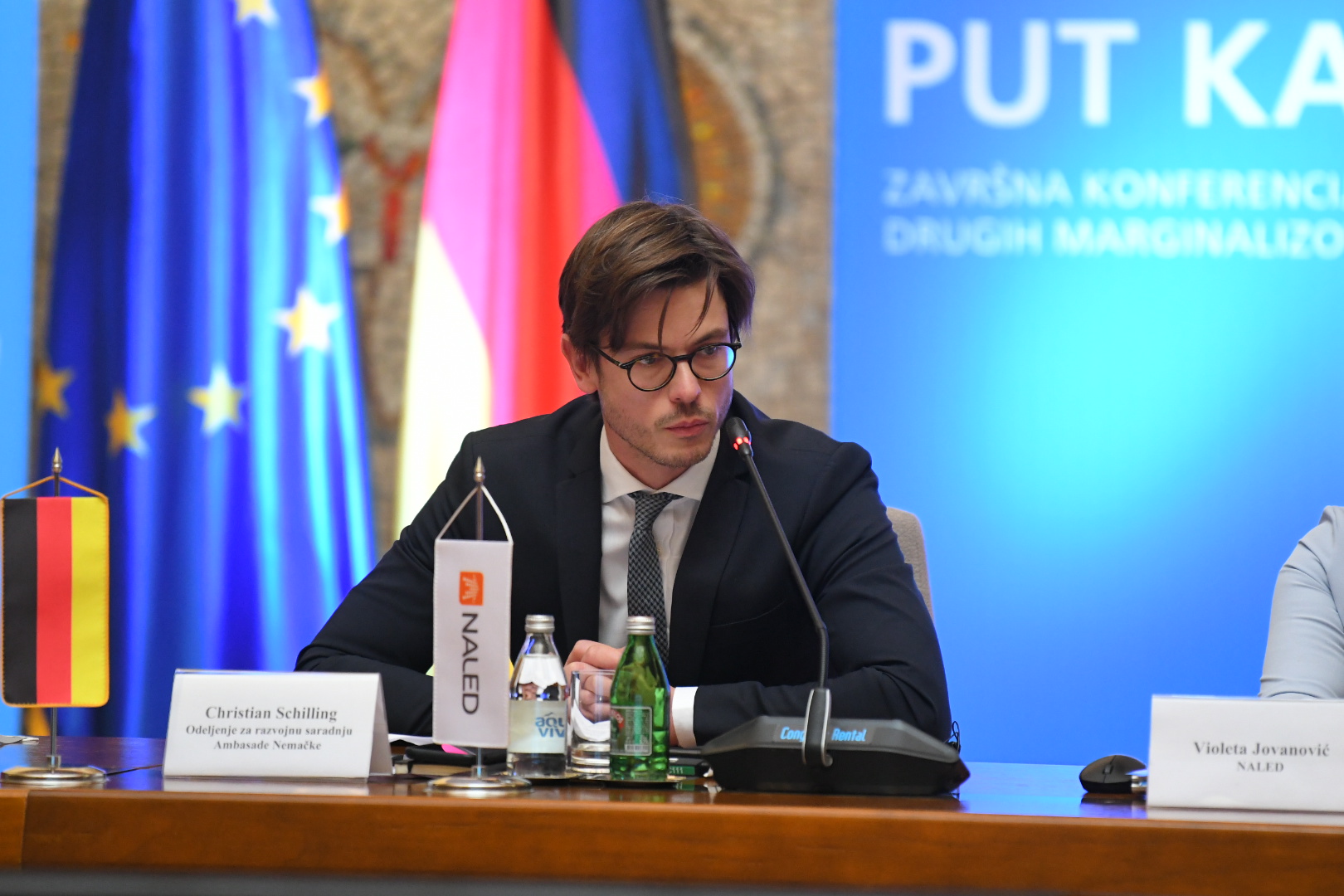 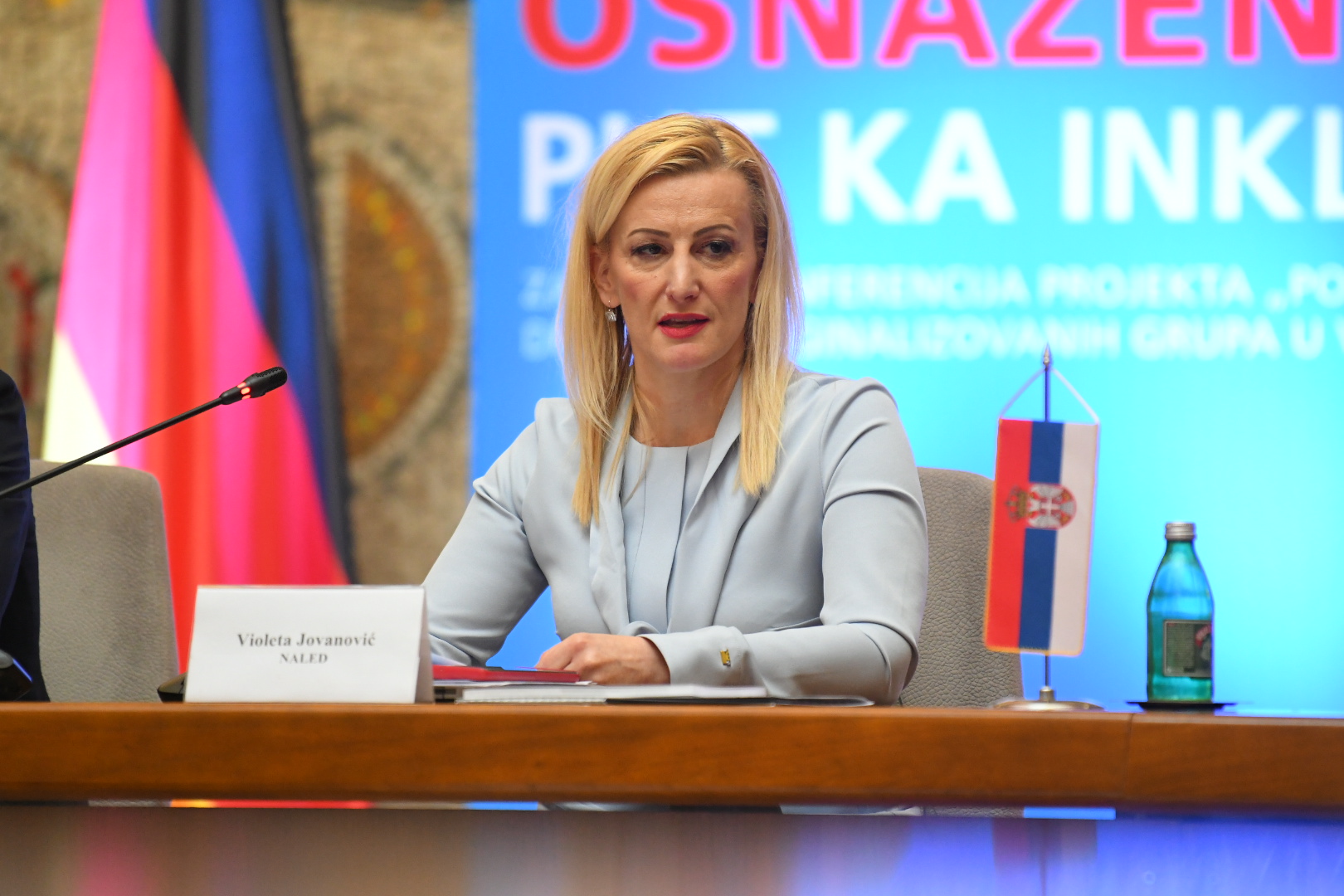 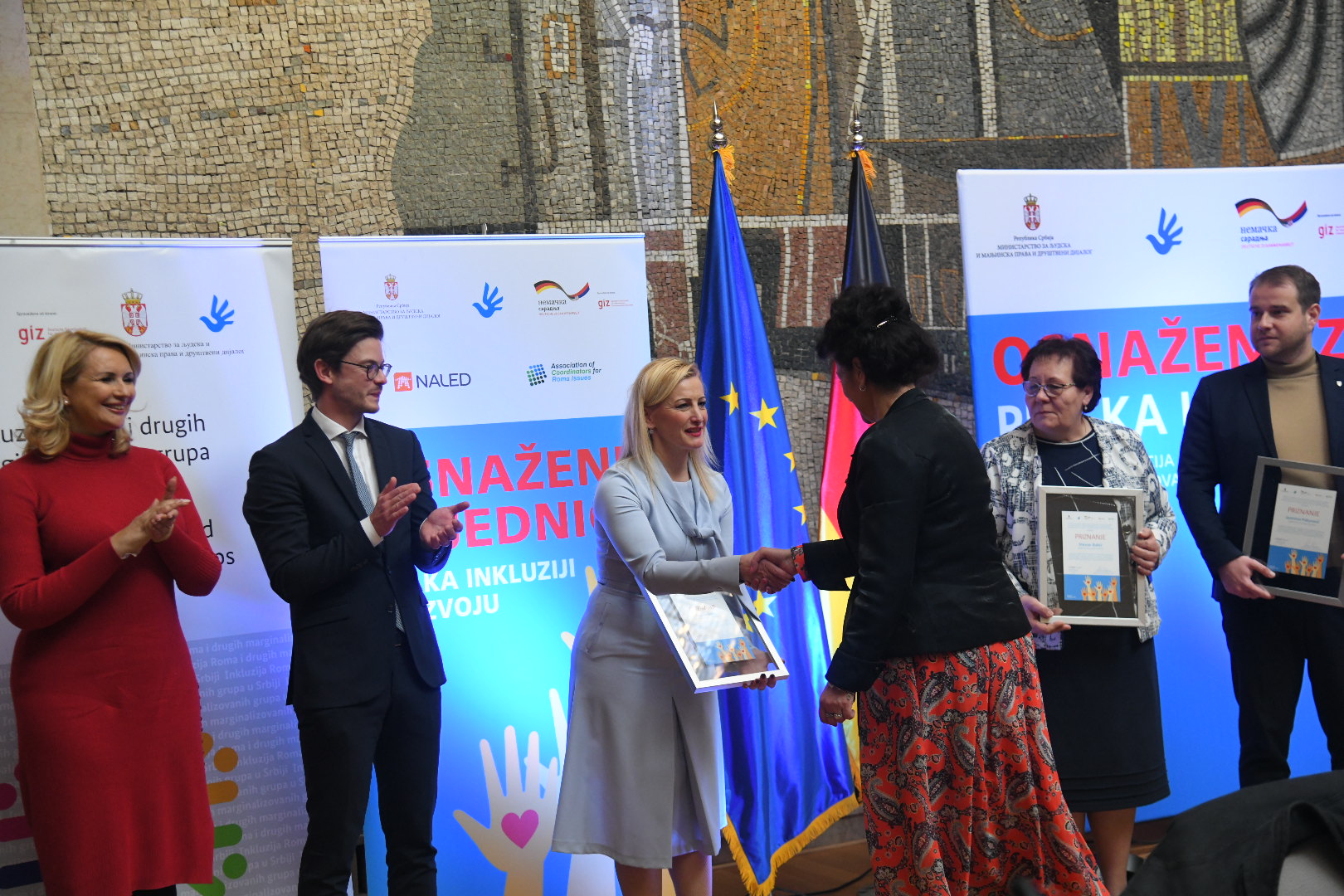 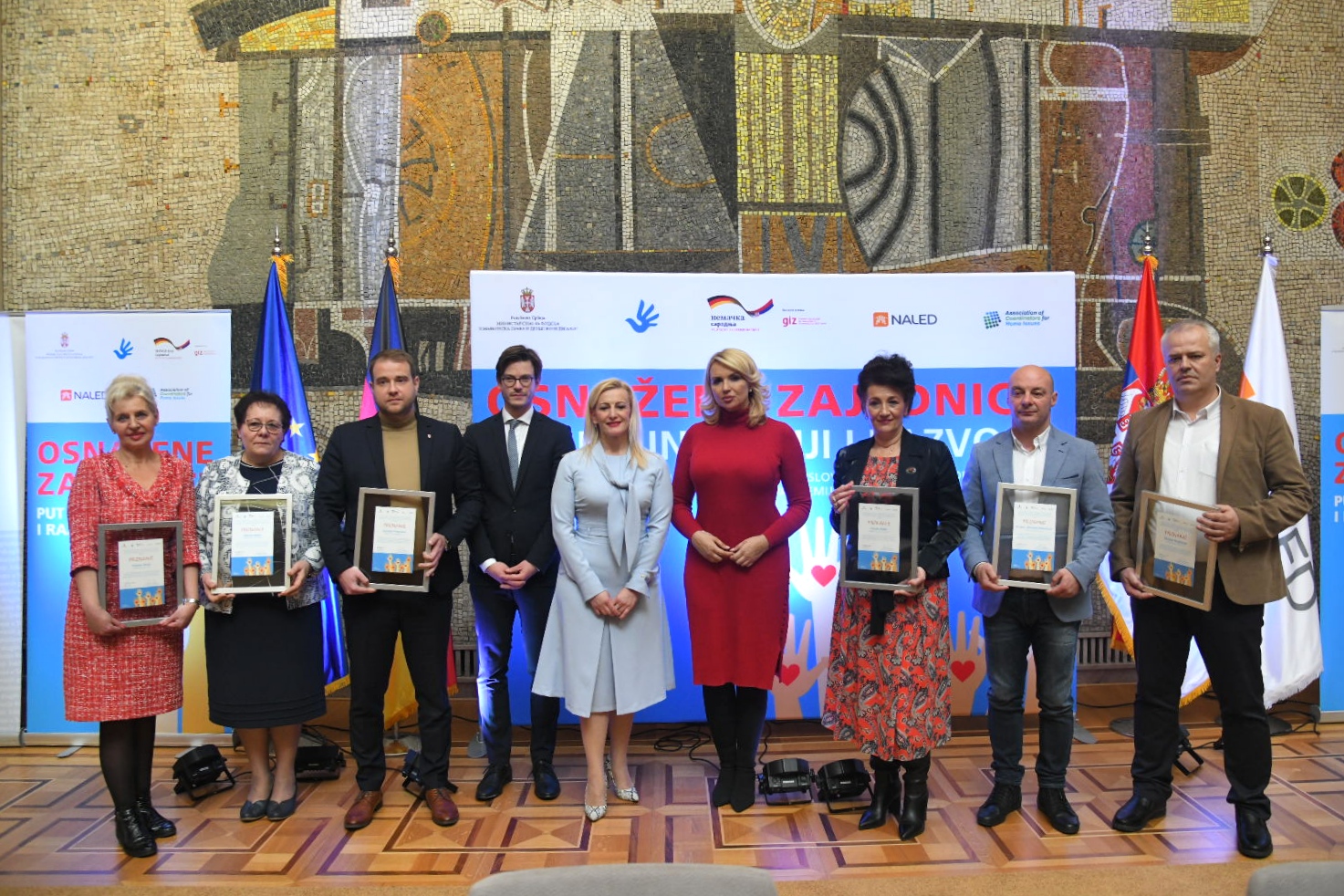 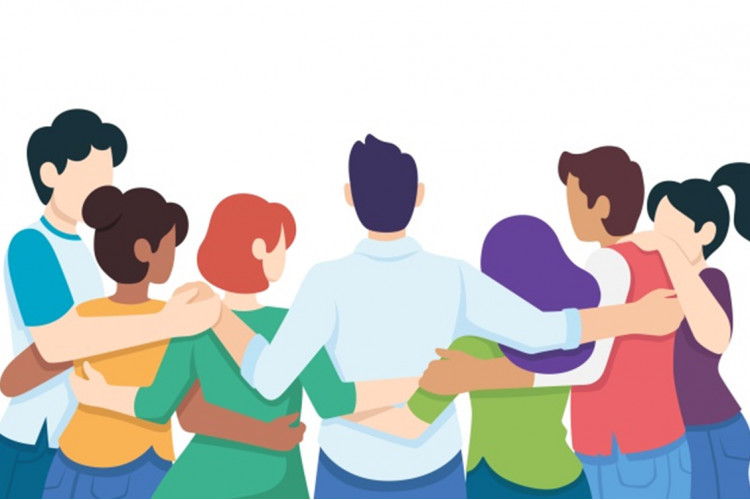 Inclusion of Roma and other marginalized groups in Serbia

The overall objective of the Project is to reduce the vulnerability of the most...Read more 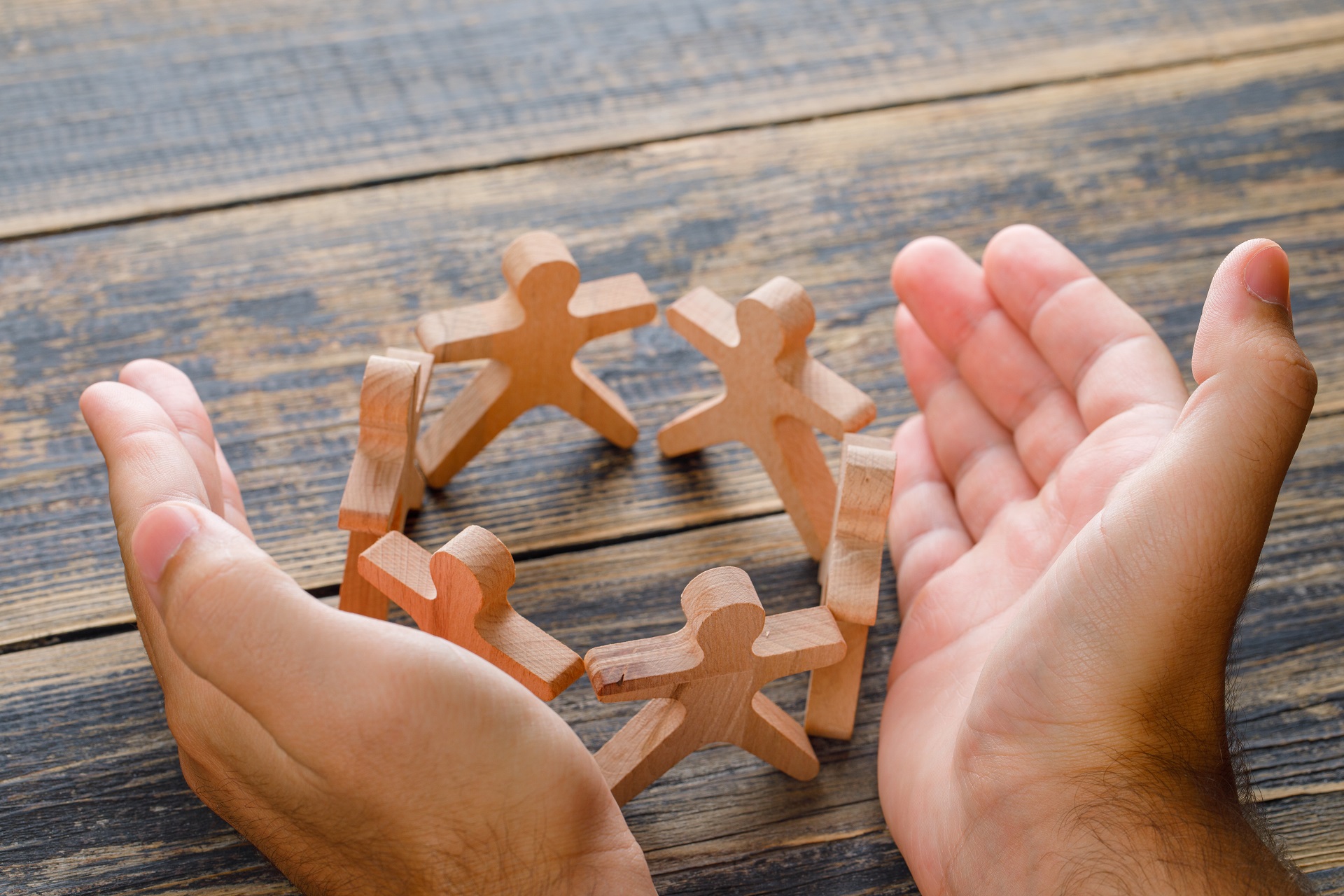 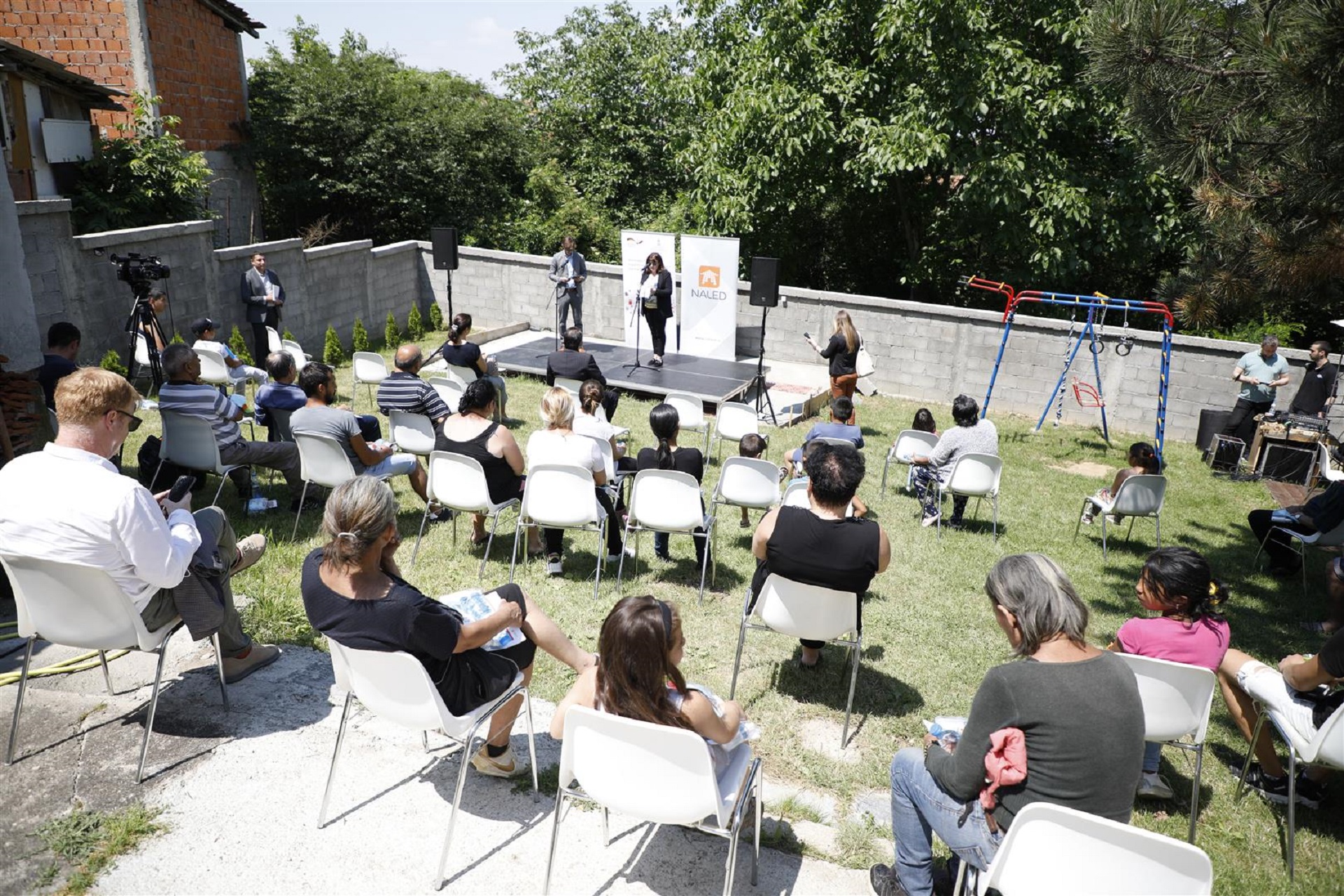 It is necessary to enable the immunization of Roma as soon as possible in their settlements and places that are easily accessible to them,...Read more