The new Managing Board of NALED in the next four years will be led by Stanka Pejanović (Hisense), Igor Vukašinović (Apatin Brewery), Svetislav Atanasov (Coca-Cola), Goran Kovačević (Gomex) and Vladislav Cvetković (PwC) representing members from businesses. The representatives of local governments will be Nikola Dašić (Kragujevac), Goran Cvetanović (Leskovac) and Nikola Vučen (Smederevska Palanka), along with Tijana Gajić from the civil sector (Pexim Foundation). This was decided by NALED members at the 15th annual and 8th election assembly of the organization, whose ceremonial session was held today at the Hyatt Hotel.

- After three years at the head of the Managing Board, I am proud of the achieved results and the fact that we have fulfilled 98% of the goals from NALED’s strategic development plan, realized more than 30 projects, made more than 150 analyzes, research and other publications, participated in more than 40 working groups of the Government for drafting regulations. I am also proud of the 30 resolved recommendations of the Grey Book, 50,000 registered seasonal workers in agriculture, more than 300,000 positively resolved requests for construction, one million submitted requests for registration in the cadastre through eCounter and other successful reforms to which we have contributed. But most of all, I am proud of the strong foundations our community relies on, with more than 300 dedicated members from business, academic community, public and civil sectors and a team of experts from Executive Office, as well as the reputation of a unique, largest and most important public association in Serbia - said the outgoing president of the board Vladimir Novaković.

In addition to the new convocation of the Management Board, NALED members also elected the Supervisory Board. The work of the organization in the next four years will be controlled by Suzana Cvetković (DIS), Boban Đurović (Vrnjačka Banja), Slobodan Milenković (Vranje), Igor Anić (ProCredit Bank) and Darko Stanisavić (Deloitte). Serbian Deputy Prime Minister and Minister of Mining and Energy Zorana Mihajlovic pointed out that NALED has been a reliable and important partner in all reforms in the field of construction, from the introduction of e-permits, which significantly improved our business environment, to cadastre reform.

"If there is one thing we have learned from all the previous reforms, it is that we as a country can only progress if we change and work together. With the adoption of new laws in the field of energy, Serbia has embarked on the path of energy transition, which brings numerous challenges, but also opens new development opportunities. The green agenda can be our growth agenda, which will bring new investments, new jobs and technological progress, and I believe that we will have NALED as a partner in its implementation and development of a green Serbia", said Mihajlović.

US Ambassador Anthony Godfrey congratulated NALED on its 15th birthday and added that this year USAID is also celebrating 20 years of work in Serbia. He assessed that in the 2000s, economic development in Serbia was underestimated, which is why it was necessary to gather institutions, public and private sector to improve investments throughout the country.

- NALED then grew out of the MEGA project, but the later success is only theirs. NALED, with the support of USAID, launched the Grey Book of Regulations, and with the help of the Government of Serbia, almost half of the recommendations have been resolved so far, which have brought millions in savings to citizens and businesses. We also supported the introduction of e-construction permits, which enabled municipalities to solve more than 600,000 construction requests, and together we responded to the needs of local communities, such as wastewater treatment, online teaching and bee protection - said Godfrey.

During this and last year, NALED launched and implemented 36 projects supported by USAID, GIZ, the Government of the United Kingdom, the Swedish agency Sida, the World Bank, UNDP, the European Union and the European Bank for Reconstruction and Development, and reform initiatives are increasingly supported by the socially responsible businesses in Serbia - Philip Morris International, MK Group, Moravacem, Neoplanta, Apatinska Brewery, A1, Telenor, Telekom and others.

Within the ceremonial Assembly, the annual awards "NALED Arrow" were traditionally awarded to key international partners for their contribution to economic development and fulfillment of the organization's mission to improve the business environment in Serbia. The awards were deserved by the Ambassador of Germany to Serbia, Thomas Schieb, and the World Bank Office Country Director for Serbia, Stephen Ndegwa.

The support of the Government of Germany and the Ambassador in previous years was especially expressed in the development and implementation of the National Program for Countering Shadow Economy, introduction of tax exemption measures for beginners in business "Start legally" and electronic registration of seasonal agricultural workers, providing valuable donations of protective equipment for local authorities and social services in 15 cities and municipalities during the COVID-19 pandemic, as well as in the field of environmental protection.

- I see the award as a recognition of the extraordinary partnership between NALED, the German Embassy and the German Development Cooperation (GIZ). Of the many results, I am especially proud of our contribution to environmental protection through the construction of glass recycling infrastructure in 14 cities and municipalities in Serbia, and the introduction of tax exemptions for start-ups, which motivated 811 young and unemployed people to start their own business - Ambassador Schied said in a video address. During his term, the outgoing head of the World Bank Office, Stephen Ndegwa, provided support in confirming Serbia's success on the Doing Business list, where Serbia entered the Top 50 countries, and further reforms for cutting the red tape through digitalization and optimization of public administration.

In addition to working on reforms measured by the DB list, Ndegwa also worked closely with NALED on the implementation of the Second Healthcare Development Project of Serbia and the improvement of our healthcare system through the development of a plan for optimizing the network of healthcare institutions. 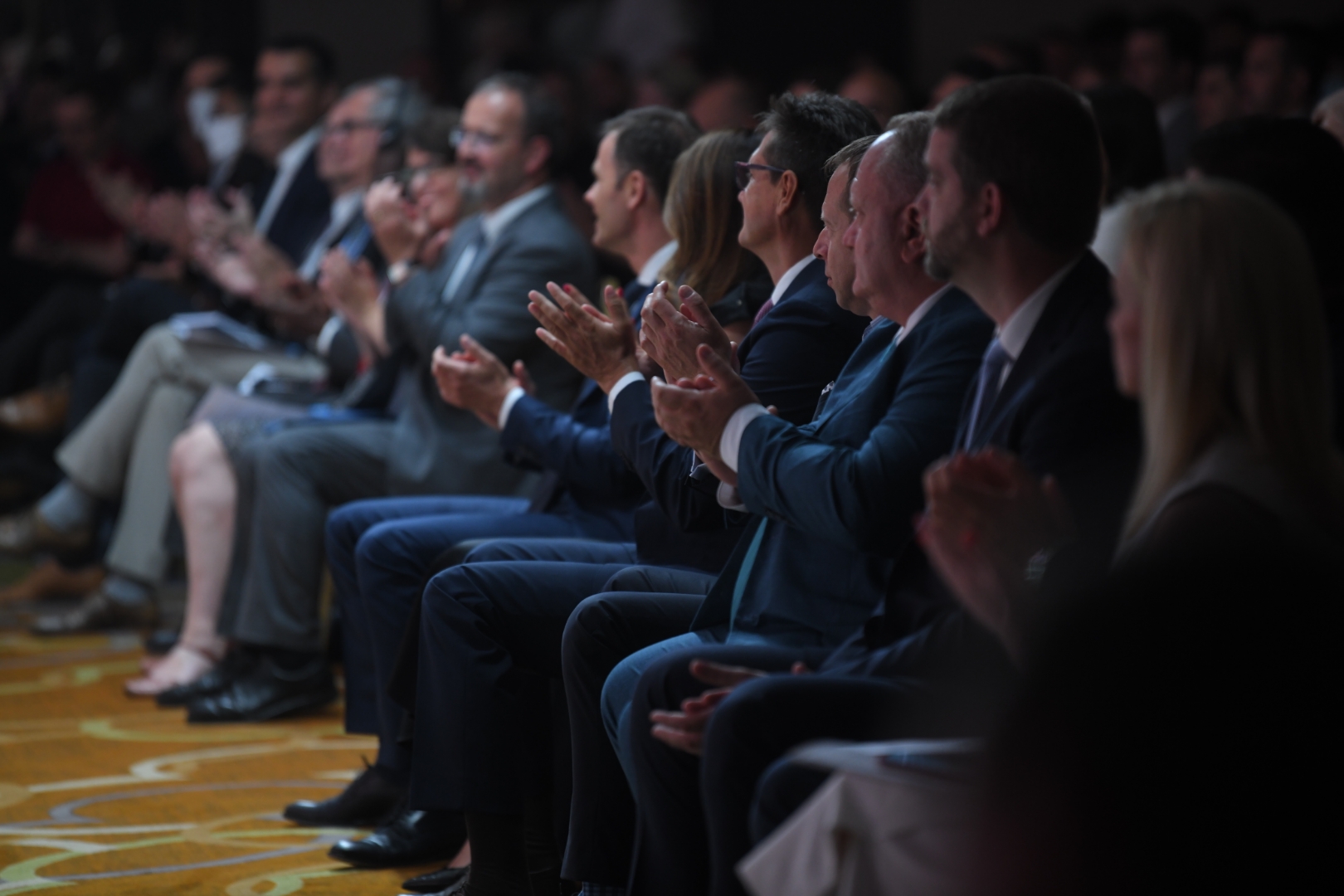 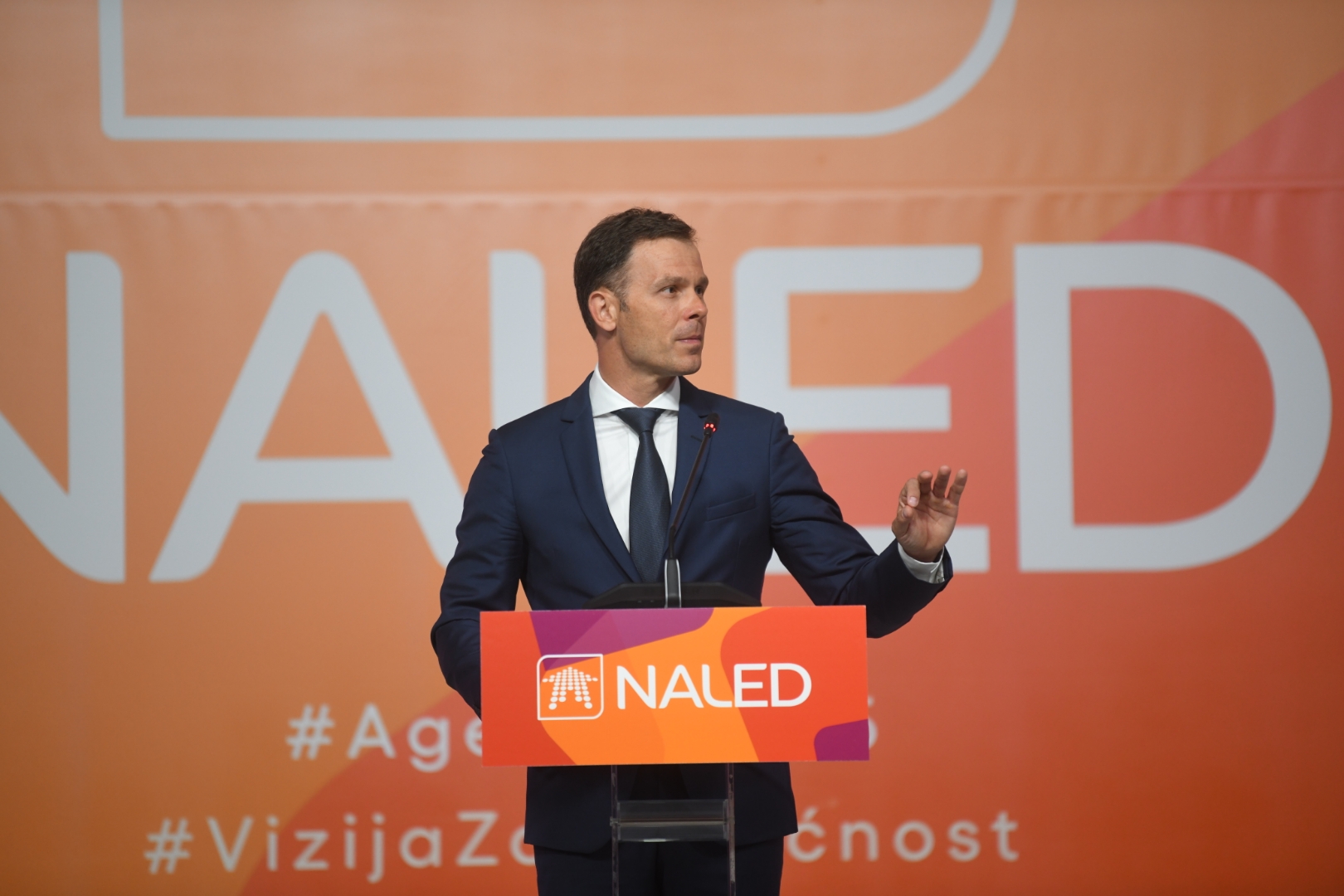 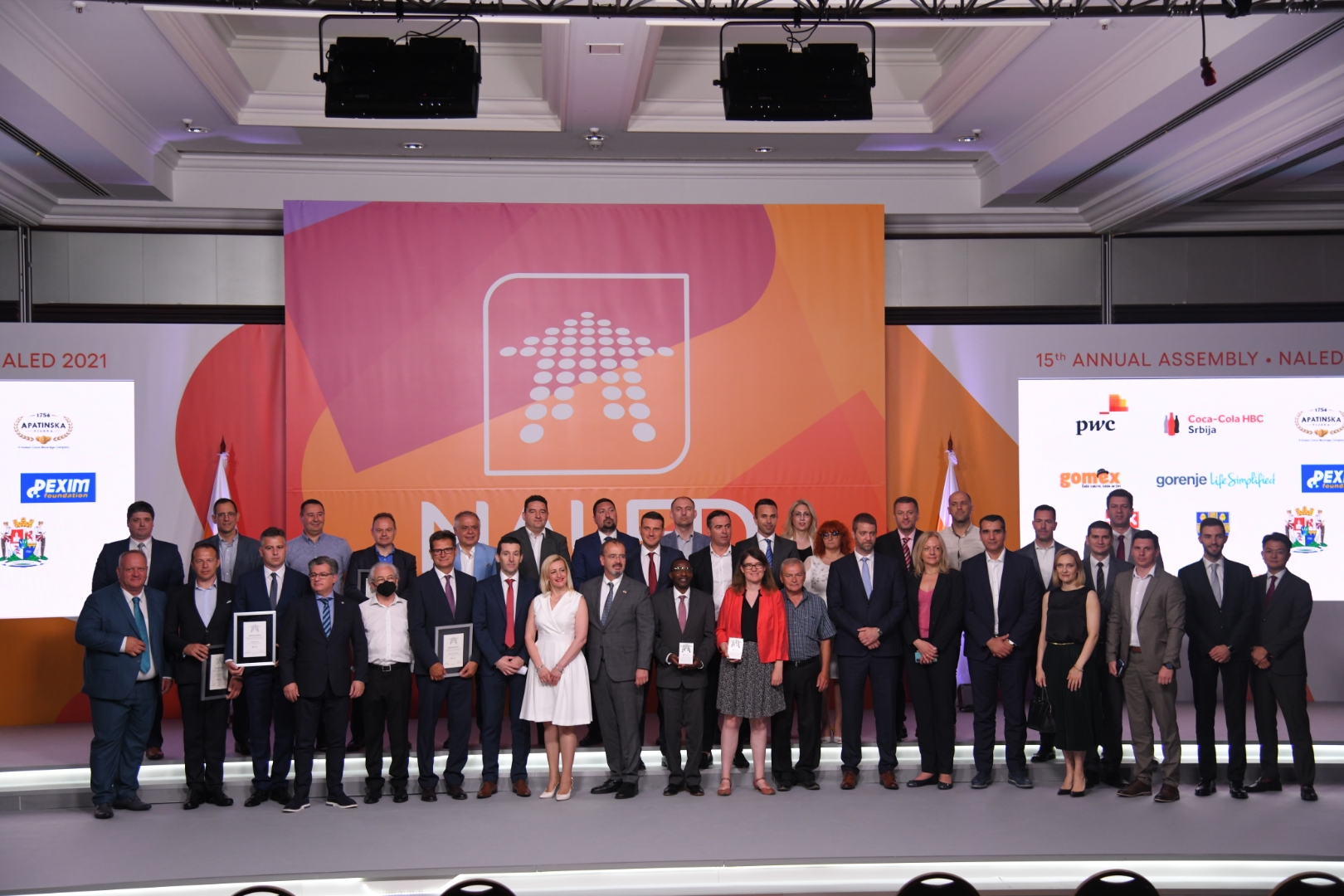 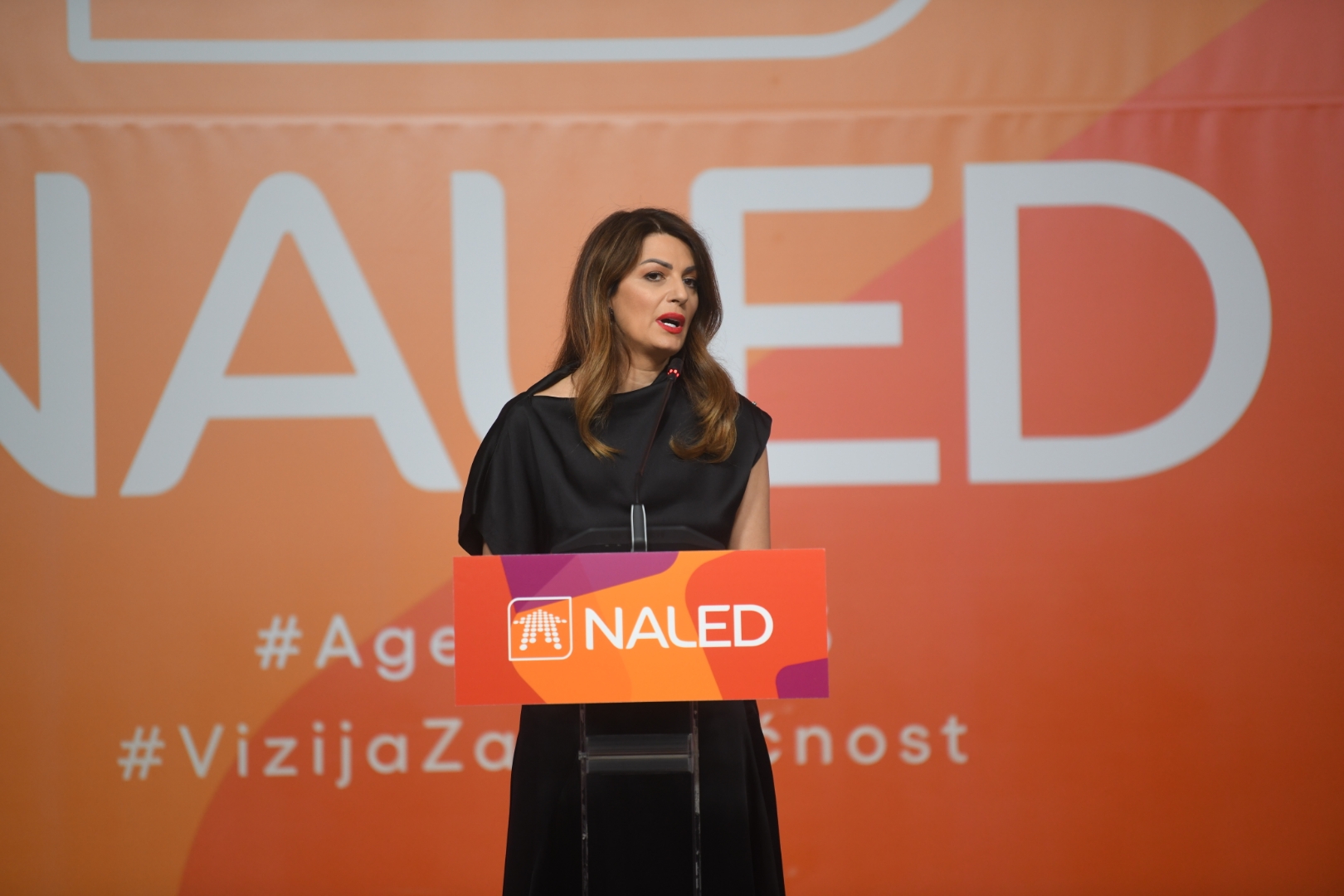 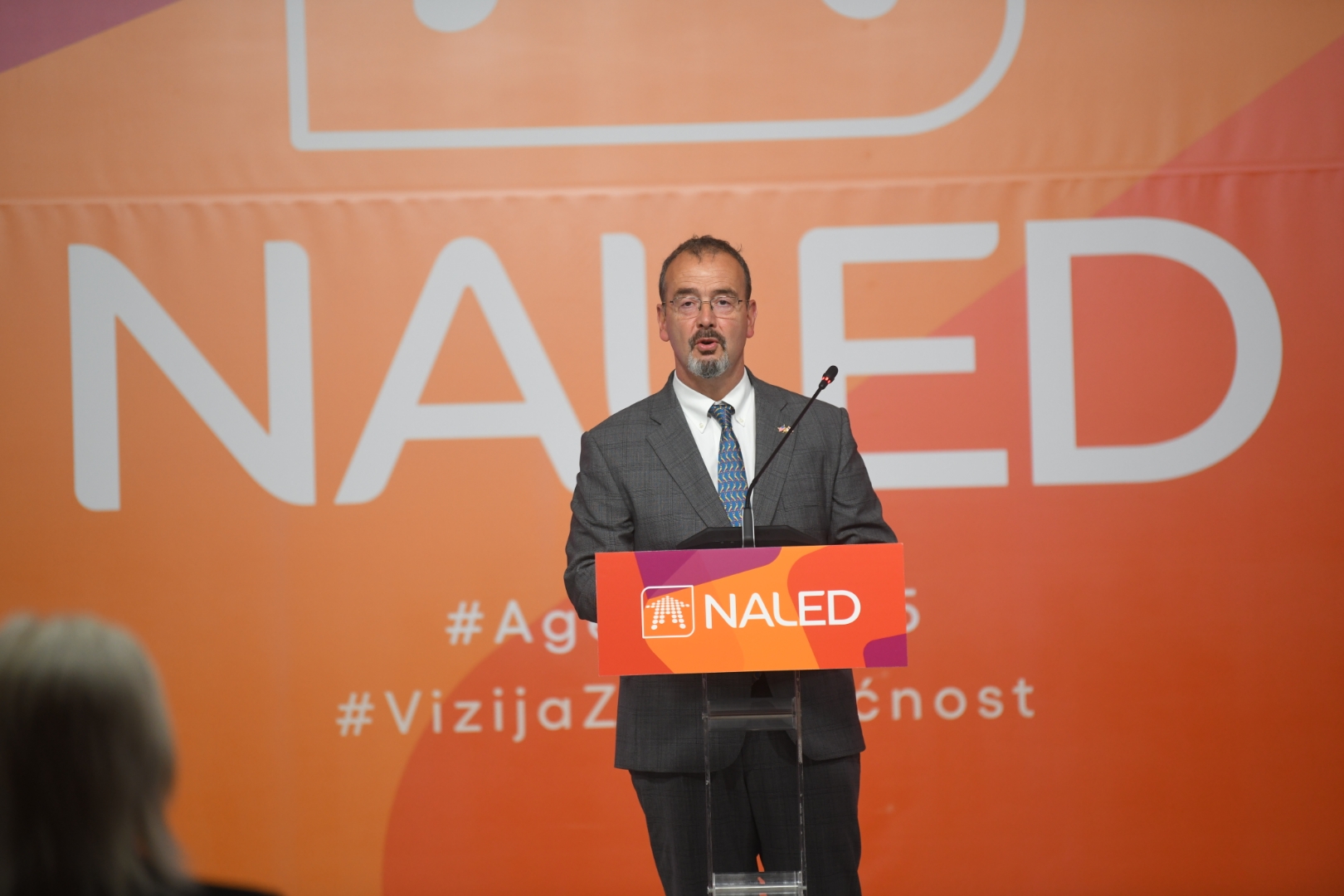 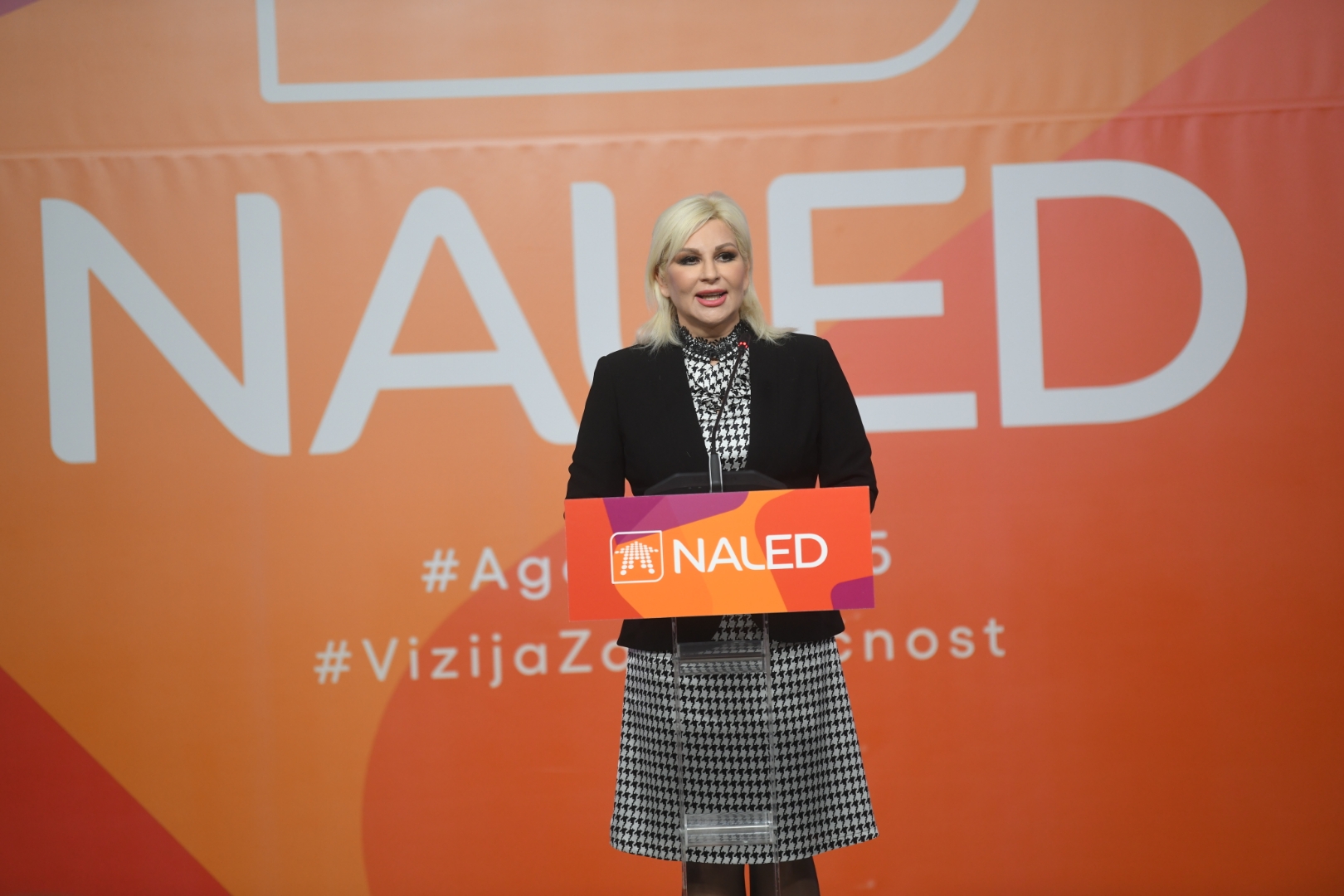 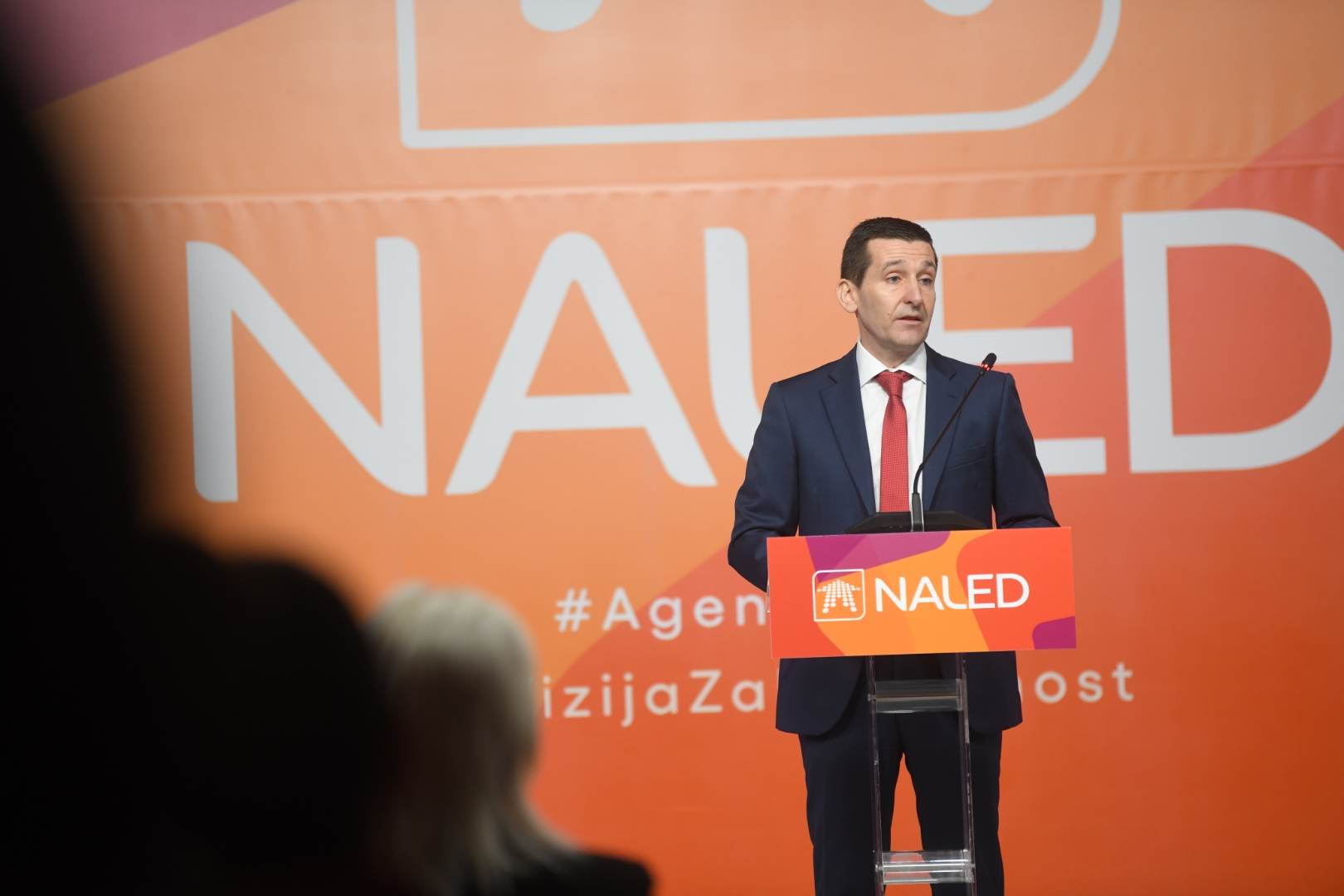 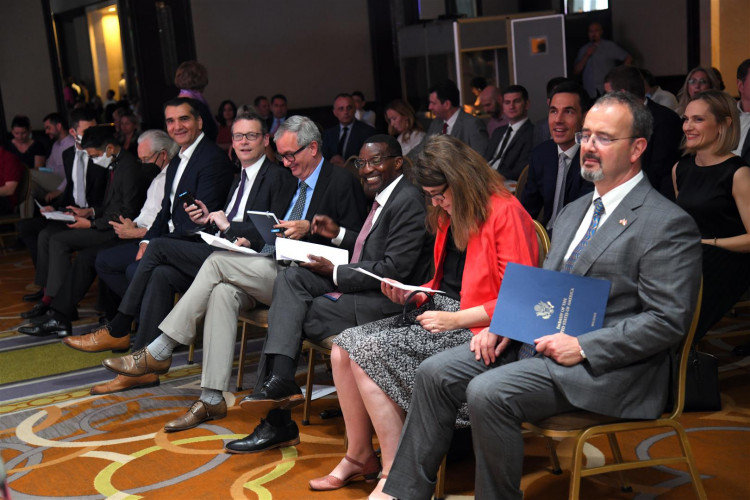 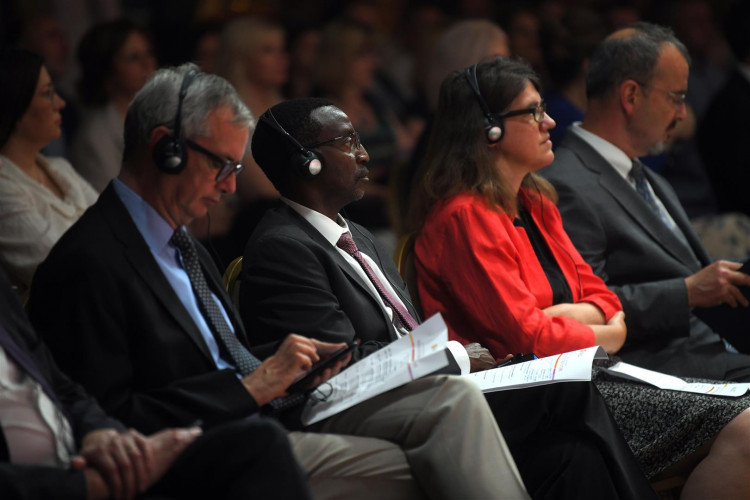 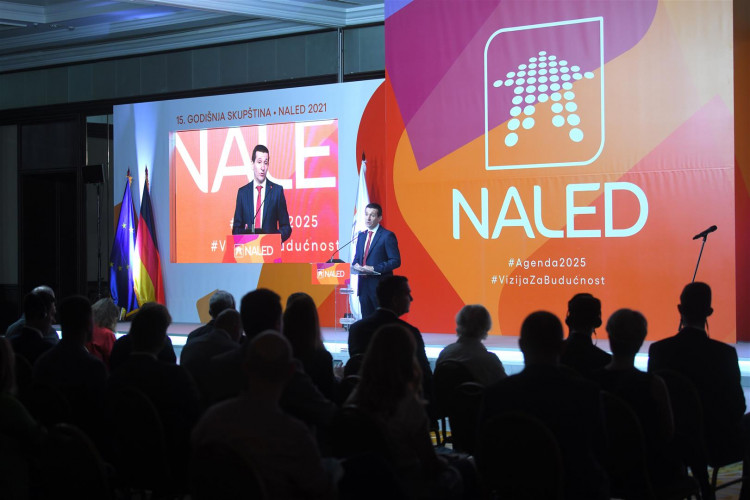 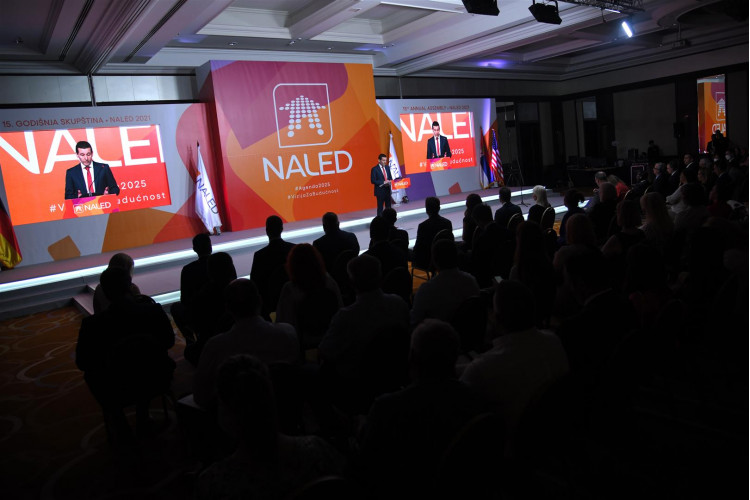 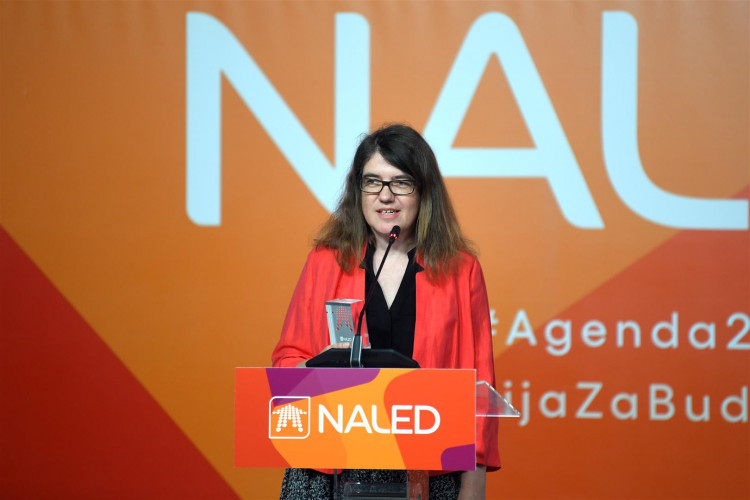 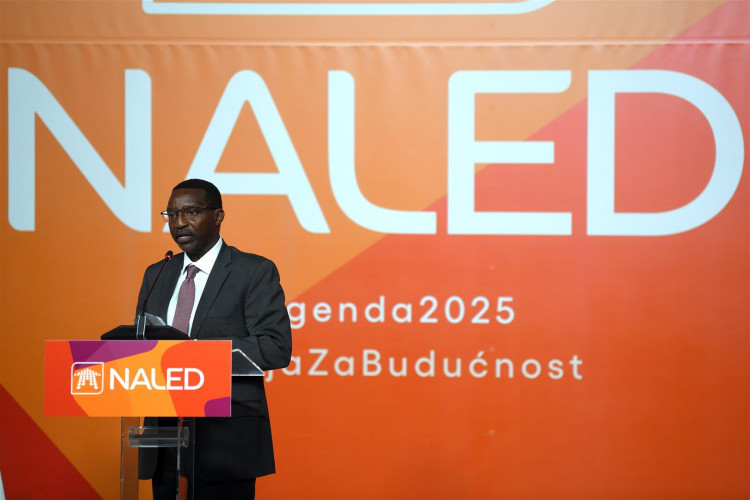 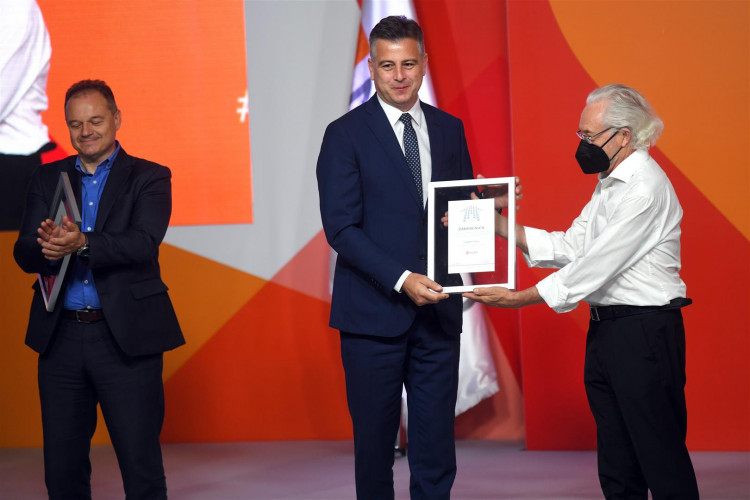 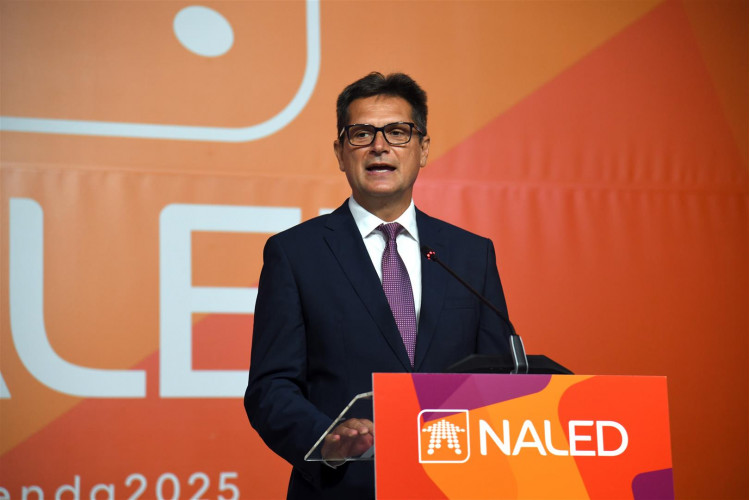 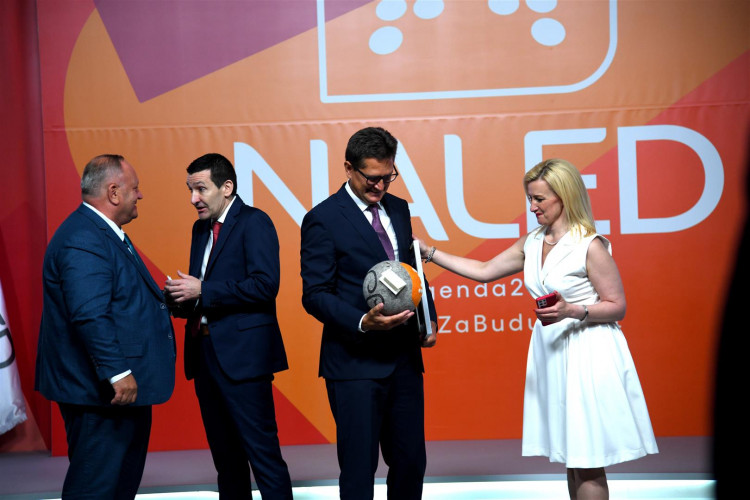