Annual meeting of the Provincial Government and NALED members

The annual meeting of the Provincial Government and NALED members organized on 5 December in Novi Sad presented the most significant results of three years of cooperation on improving the capacities of Vojvodina local governments for supporting businesses and investment promotion.

Businesses and citizens in Vojvodina can obtain a construction permit in seven working days, and register property in the Real Estate Cadaster via eCounter in three to eight days. Two out of 10 most active municipalities in Serbia in using the eGovernment services are from Vojvodina, while for every registered seasonal worker in Central Serbia, Vojvodina has two.

- Over the previous years, Vojvodina municipalities have usually noted better results than the national average in these areas, with significant contribution being provided by more than 1,700 officers who attended trainings performed by NALED together with the Provincial Government, line institutions and municipalities, thus best using the benefits of new electronic systems. We are proud of the fact that cooperation with NALED contributed to the major progress Vojvodina cities and municipalities have made in these areas - said NALED Executive Director Violeta Jovanović after the meeting with the representatives of the Provincial Government and local governments in Novi Sad.

The President of Provincial Government Igor Mirović said that he is satisfied with cooperation with NALED and that further joint work will continue with the new defined plans.

- NALED has been very active over the previous years and it provides additional energy which encourages the national, provincial and local administration to focus on resolving the problems identified by businesses - said Mirović.

Vojvodina cities and municipalities have also cooperated with NALED on improving the work of local administration through Business Friendly Certification which was successfully undertaken by 12 local governments (out of a total of 31 in Serbia) which introduced the highest international standards into their work.

The trainings for using the eInspector system have been attended by more than 200 inspectors from Vojvodina, and the support in countering shadow economy has been provided by 18 local governments (among a total of 60 in Serbia) which introduced POS terminals for paying fees, charges and taxes on local administration counters. Support has also been provided for developing entrepreneurship through trainings for using the tax exemption measure for new businesses - Start Legally. Among the 802 businesses started with the help of this program, 168 were based in Vojvodina.

NALED also works with the Provincial Secretariat for Agriculture on improving the organic farming and developing mid-term plan for rural land consolidation, while special attention is being paid on the promotion of cultural heritage as the pillar of local development and the employment of women and youth, so the Provincial Government opened a „Vojvodina Salon“ exhibiting the most beautiful traditional handicrafts using the techniques of weaving, felting, lace, embroidery and gold-thread embroidery.

There is also ongoing cooperation with Vojvodina local governments and companies through 10 projects in the field of food waste and e-waste management, promotion of investment potentials, coordination of inspections, public procurement and improving healthcare, and there are also opportunities for expansion in the areas of organic farming and education.

The most successful in Vojvodina
During last year, there have been nearly 7,700 construction permits issued in Serbia, of which 2,600 or one in three in Vojvodina. Among municipalities, the most successful in resolving the cases were Žitište, Odžaci and Sečanj, while the best performing cities were Sremska Mitrovica, Sombor and Subotica. Further on, one in three registrations in the Real Estate Cadaster is performed in Vojvodina, and the fastest ones to make the registrations are Beočin, Novi Sad and Mali Iđoš (less than four days). The highest number of seasonal workers is registered in Kula, Sremska Mitrovica and Novi Sad (nearly 5,000 out of a total of 27,000), the most active ones in using the eGovernment services are Beočin, Irig and Apatin, while the most card payments for local fees and charges (per capita) have been noted in Irig, Sombor and Pančevo.

Declaration on the protection of bees of Serbia signed
Mayors of Vojvodina local governments have also signed the Declaration on the protection of bees of Serbia, together with the President of Beekeepers' Association of Serbia Rodoljub Živadinović and in the presence of the President of Provincial Government Igor Mirović and NALED management. The goal of this document is to abandon the extremely harmful practice of treating mosquitos from the air with chemicals poisonous for bees, as well as the education of farmers to use the plant protection products in the right manner. According to the Beekeepers' Association of Serbia, even 37 out of 45 Vojvodina local governments treat mosquitos from airplanes. The Declaration was signed as part of the Public Private Dialogue for Growth project, implemented by NALED in partnership with the National Public Policy Secretariat, with financial support from U.S. Agency for International Development (USAID). 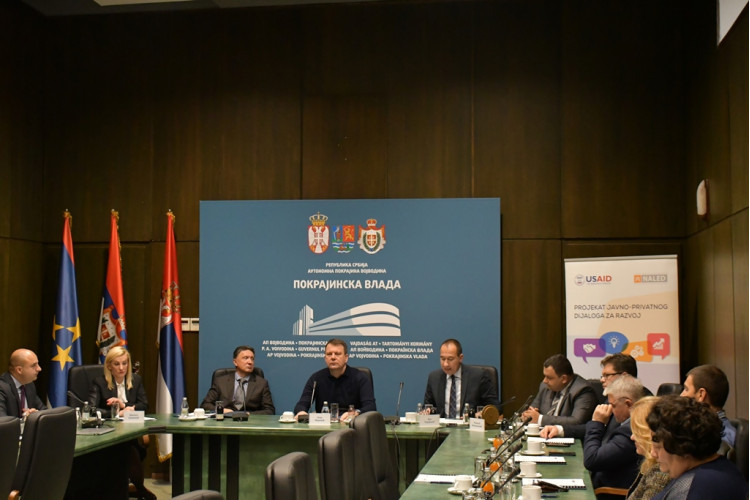 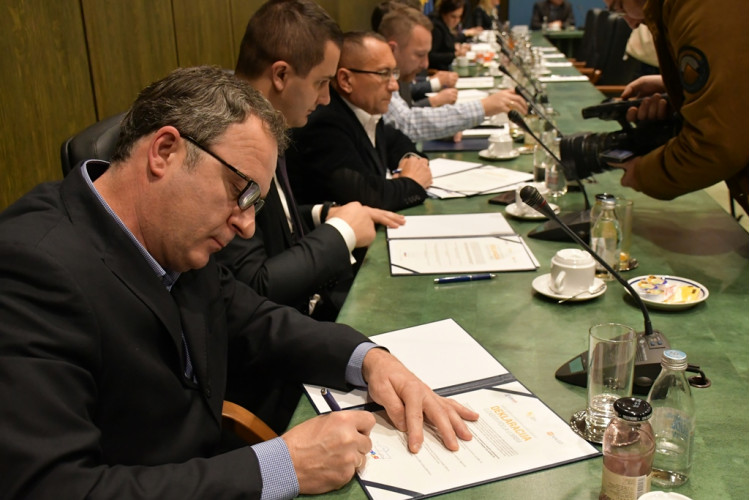 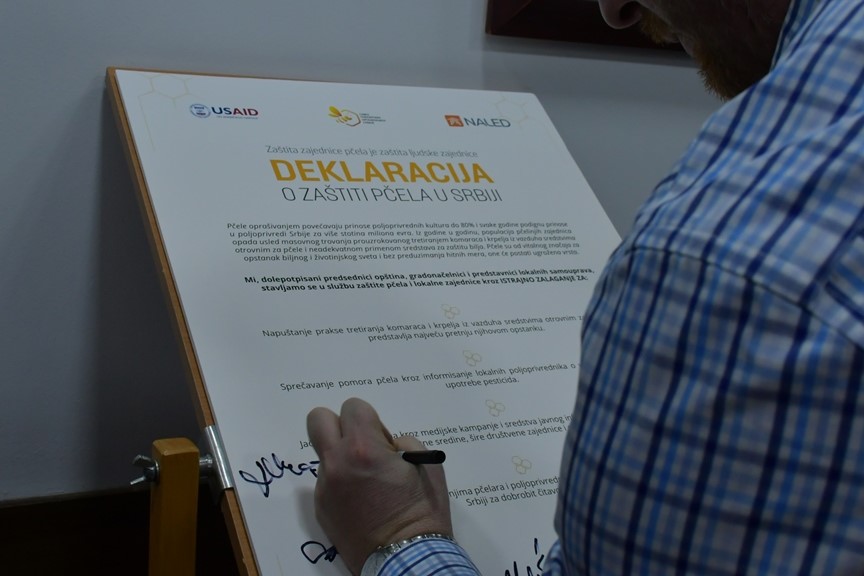