In 8 months, MIA has responded to a total of 12,280 inquiries, and on average 12 to 15 conversations occurred per day. In Sombor, the greatest interest was in tax certificates, and in Šabac in exercising the right to children’s allowance

By the end of September, in Sombor and Šabac, excerpts from the civil registries, as well as certificates of citizenship, will be available for ordering via Viber, which will help many citizens to collect the documentation necessary for exercising social and healthcare rights, enrolling school or university, as well as for other important life events more quickly.

The new service will be provided by the MIA virtual assistant, who has been regularly responding to citizens' inquiries about various administrative procedures via Viber, Facebook and city portals since the end of last year. Sombor and Šabac are the first cities in Serbia to get their own chatbot colleague, and the innovation was implemented through the regional project "Improving Municipal Services in Serbia and Bosnia and Herzegovina by Introducing a Chatbot Application", which is implemented by GIZ and company SAGA in partnership with the Business Friendly Environment Network, which is represented by NALED and the Chamber of Commerce of the Republic of Srpska, within the develoPPP programme of the German Federal Ministry for Economic Cooperation and Development (BMZ).

Currently, in Šabac, through MIA chatbot, citizens can get answers to questions regarding the issuance of excerpts from registers, citizenship certificates, tax certificates and regarding the rights related to parental and children’s allowance. In Sombor, citizens can find out how to exercise their right to children’s allowance, as well as inquire about the procedure for determining the amount of tax debt and issuing a certificate of settled tax obligations.

- In eight months, MIA has responded to a total of 12,280 inquiries, and on average 12 to 15 conversations occurred per day. In Sombor, the greatest interest was in tax certificates, and in Šabac in exercising the right to children’s allowance. The introduction of chatbots improved the efficiency of local administration, since officials are disburdened of providing information and can devote themselves to more complex tasks, and on the other hand, citizens do not have to waste time waiting for their turn at the counter. Starting September, citizens will be able to not only obtain excerpts from registries and certificates of citizenship, but also to report communal problems to the competent services of the city administration through the chatbot. They will be able to easily send photos and videos, descriptions of problems, as well as their contact information via Viber to the chatbot, so that the authorities can further inform them about the proceedings - says Zoran Jakovljev, adviser at GIZ.

MIA is based on artificial intelligence, which is why a conversation with her is like talking to another person, and according to IBM’s data, chatbots can answer 80% of standard questions.

Exactly how much MIA will advance the efficiency of local governments is shown by the fact that in Šabac, during 2019, when the project first started, officials received over 18,000 inquiries, which are now received by the chatbot, and they had to spend 2,400 hours for their processing. Interestingly, in more than 65% of cases, citizens were inquiring about the procedures at the counter, and significantly less frequently by telephone or e-mail.

In Sombor, during the same year, as many as 60,000 inquiries about the procedure of determining the amount of tax debt arrived, to which the officials devoted 1,650 hours of their time.

- The goal is for the virtual assistant to take over the role of public officials and offer equally as precise and accurate information and services, 24 hours a day, seven days a week, without citizens having to wait in lines,. Along with disburdening administrative workers and counters at city offices, digital transformation of public administration is supposed to simplify and shorten procedures, which contributes to improving user satisfaction, who save their time and money this way – adds Jakovljev.

The project also includes two local governments in Bosnia and Herzegovina – Bijeljina and Laktaši. The new functionalities will also be available in these municipalities. At the moment, most inquiries being processed concern the conditions for obtaining student scholarships and the application process for scholarships. In all four local governments, MIA also provides information on the working hours and phone numbers of the public administration. 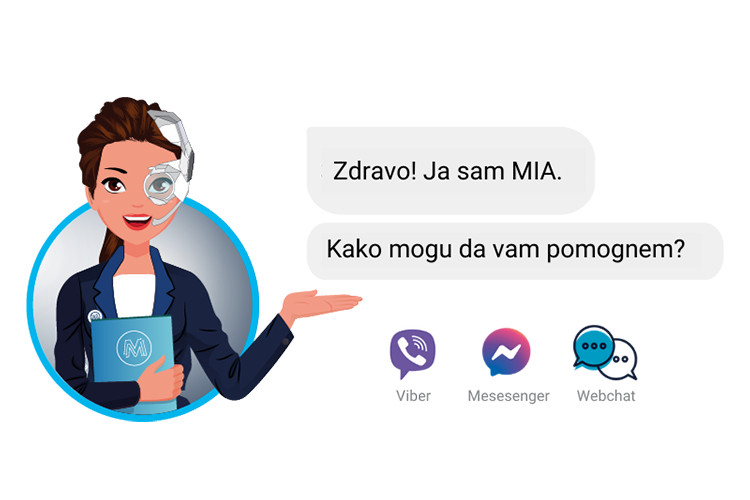 How many times have you come to the counter, only to realize – you’re missing another paper? Imagine having a personal...Read more 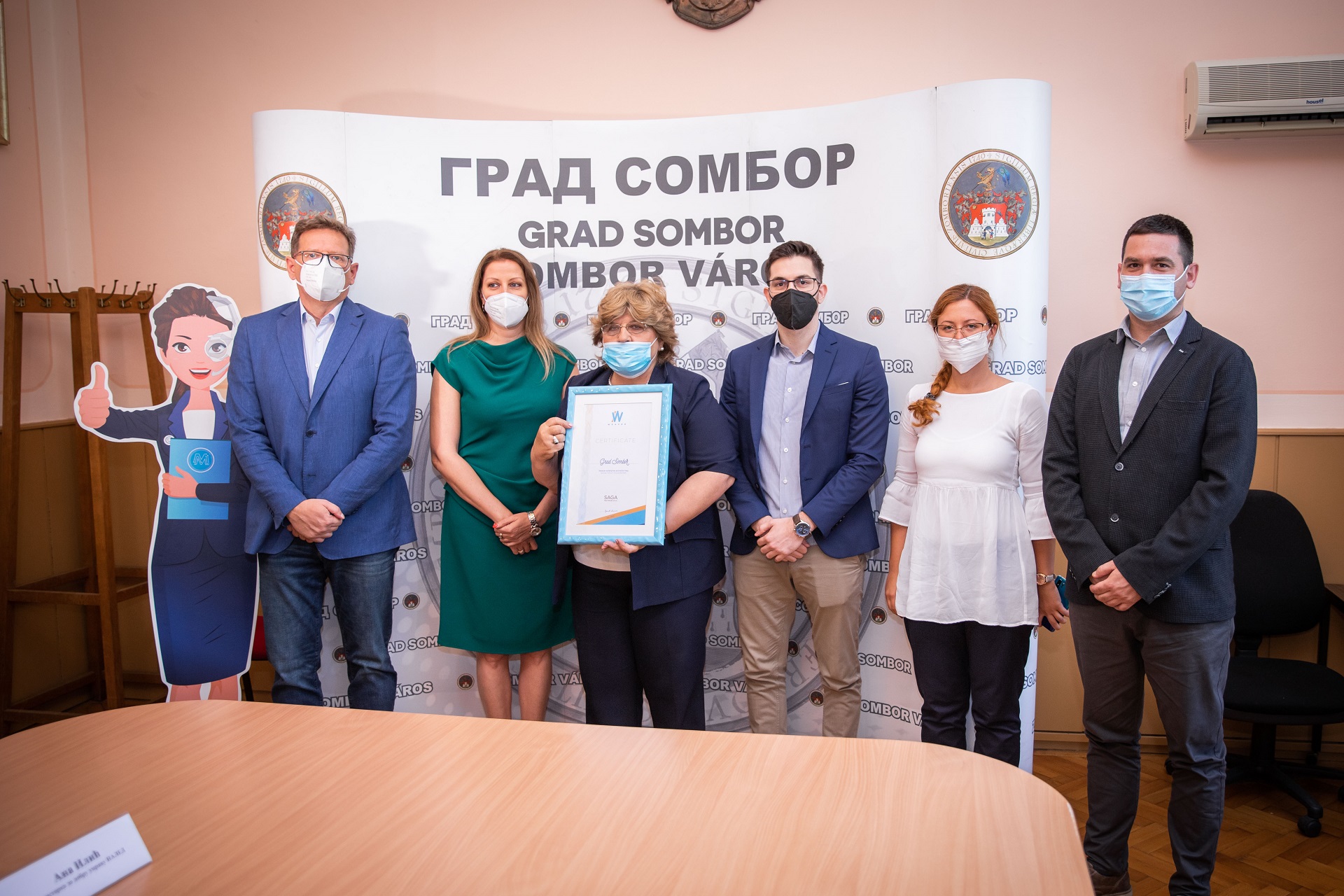 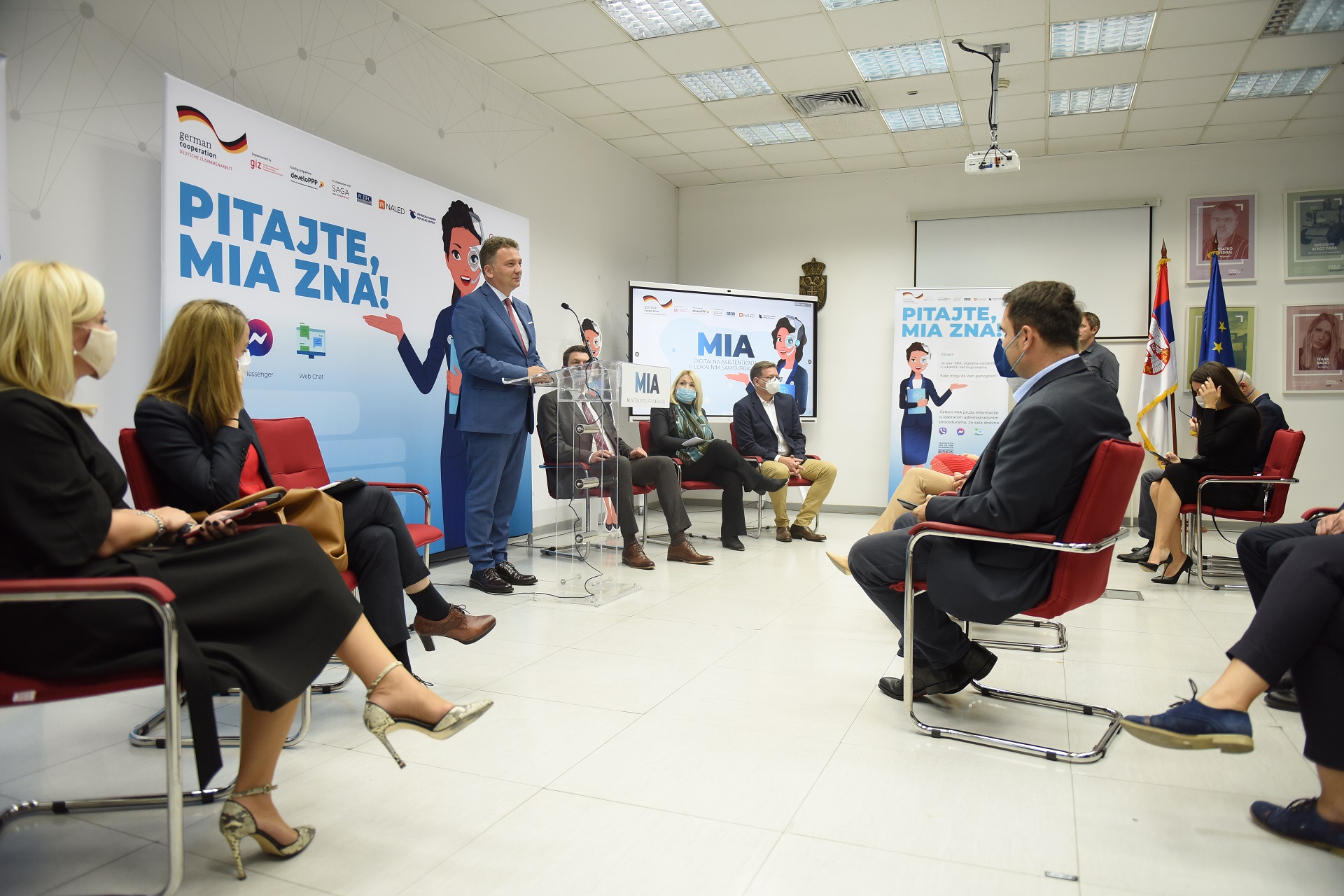